What are DEs actually?

Hey there
What are the different types of DEs? How/Does that effect the user experience and pc performance?
Valiant Boy

DE's are Desktop Environments. In terms of GNU/Linux, in the early days, migrators from Windows didn't like Gnome because the panel was at the top of the screen, not the bottom. KDE (Kool Desktop Environment) was the more favoured DE as it more closely resembled the Windows Desktop. Both of these DE's are heavy in resource use so not good for low end underpowered machines. Enter lxde and xfce each has their own merits and disadvantages. For someone migrating from Windows it's going to be familiarity (breeds contempt!) In terms of an OS that encompasses a Windows like feel, back in time it was Lindows and after Microsoft's failed court case suing Michael Robertson for using a name too close to Windows he released Linspire with the $10,000 he won from M$. The community version was called Freespire. The latter was my favourite OS not least for its ability to identify hardware that Knoppix failed to do when I was recovering a corrupt floppy disk of a student with low vision where I used to work. You have to remember that we computer users have only ever been fed poor M$ Windows from the get go, restricting not only our freedoms but the opportunity to embrace different computer cultures if you will, superior to the poor offerings that Windows brings with it. Let's not forget dedicated hardware. For me Amiga will always be number one.
Footnote: Black Labs now own Linspire and Freespire and looks nothing like the original Desktop and it uses xfce

Very good read .... I remember Lindows well in fact I had (have somewhere) a lifetime membership to that OS as I was sure I was going to break-out of M$'s grasp ..... but sadly it was not going to happen as M$ had it's hooks to deeply in me because even back then it was very easy to use and I was familiar with it .... but I gave it the ol' college try anyway .... later on I tried some of the Linux OS's but the support for them really sucked ..... when asking for help you were regarded as a form of life lower than an ameba ..... if you were answered at all .... I was banned from more than one of those boards after expressing my displeasure with being ignored and ridiculed .... and of coarse I expressed my self in a gentleman like manner ..... NOT ....

I guess that is why I had some reservations about exploring Zorin as I expected more of the highbrow .... snooty type of treatment .... but M$ finally drove me to it and I never looked back .... members here are some of the best folks I have come across in my many years of computing and all the various boards I've been on in different capacities .... but I will have to admit it is the first tech board I have belonged to ....

Now before I have you all blubbering in your tea or beer I better go ....

Sadly Michael Robertson screwed Linspire and Freespire users by selling to Xandros, the remnants of Corel Linux, also now defunct, without approval of the Board. Just when Click'n'Run was becoming polished. Real shame. Another travesty was Commodore sold Amiga to a guy who knew nothing about computers, and Gateway who later acquired it were only interested in the branding and not the product. Returning to DE's, there are other lightweights, ICEwm and FluxBox. These are very minimalistic DE's, no menu until you right-click the desktop. Fancy DE's, one might even say futuristic, is Enlightenment, with E-live being the best proponent of it's use. I really liked version 1 that looked like it had come out of a Science Fiction film. The dynamic wallpapers are awesome.

That's a really, ahh... I guess really big story. I wasn't aware of this all Microsoft vs Linux. I would like to search more about this. This world is really big. Far far from the expectation.

The sooner Microsoft is barred from contributing to the Linux kernel the happier I will be! 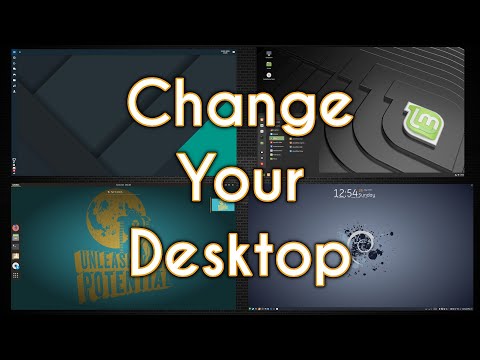 Something not many may know is that M$ donates money to a right-wing economic organisation. Said organisation hired a Software Engineer to compare the Linux kernel to Unix. When the engineer reported that there was no Unix code he was ordered to look again. Let's be clear what Linux is, it's the kernel and only the kernel. The OS relies on GNU to work. Richard Stallman was developing GNU (GNU is Not Unix) and was trying to write a kernel for it and Linus Torvalds created Linux kernel. No GNU, No Linux! So to be correct it is GNU/Linux people are using (with a bit of BSD thrown in for good measure.

Hello!
I have to add that KDE Plasma is not resource heavy anymore. Apparently it was true in the previous release a long time ago.

In my experience over last year, KDE Plasma is quite equivalent to Gnome which we are running here on Zorin Core and Pro. Only heavy and glitchy experience I had with Plasma was on Fedora Plasma spin - it was probably optimized for more powerful PCs. Really enjoyed Manjaro KDE Plasma - (for the longest time in my distro hopping stint)

Turned back to Gnome and it's downstream projects since KDE Plasma was too customizable for me in the end. I got overwhelmed with the possibilities how I can change my desktop using experience.

Of All Gnome based experiences I have had (note Gnome based - modified gnome) Zorin is very good polished set of normally separate gnome extensions with a really delightful default theming.