What I can remove from Zorin?

I have uninstalled tracker-miner-fs
It will not broken my Zorin in xfce?

Results doing a simple google search tells me it's for Gnome and searching your files.

Removing it may make your system take longer when you do a search for something on your system.

Thanks DeanG for answear. Yes on reddit i also found that information.

For me it is ok because on daily driver PC i using Linux mostly for out from the box.

So the next question what I can remove from Zorin using XFCE to be more lighter and faster? Need only one video and audio player. Steam and one webbrowser.

I would uninstall apps with Synaptic Package manager because when you mark the items for removal it shoul let you know what changes are going to be made to the system. That said, using the terminal should also list any changes.

In respect of browser I would suggest falkon (formerly qupzilla) or Midori.
For audio try Audacious, it's what I use.

I uninstalled something and when I login to Zorin i have only two choice.
xfce and Zorin LIte xfce.
Zorin apperance only two choice GUI.
Store Software from Zorin is offline. 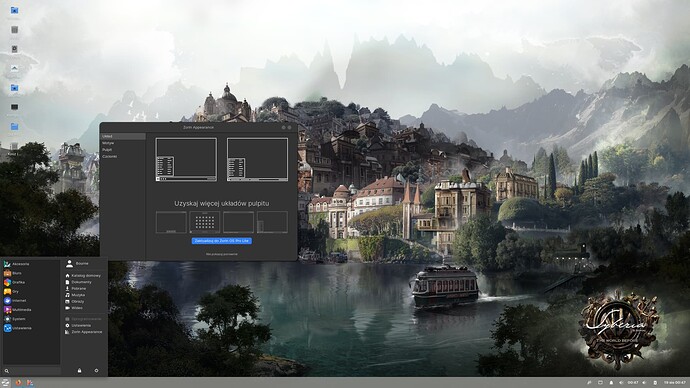 Zorin will be still a stable?

Keep in mind, Zorin wasn't designed to be a minimalist distro so there's no way to tell if what you're removing next won't eventually bork your entire system. There are distro's out there that have the bare minimum, but they were purposely designed in that fashion.

Personally, I find doing this type of thing on a distro that wasn't designed in this fashion puts a drag on the system, because you will have system components looking for dependencies and programs that are no longer there.

I used magic command sudo apt autoremove gnome*
also using some sudo apt autoremove snapd*
and sudo apt autoremove flatpak
something like that what I remember from yesterday.
when login to Zorin i have two option session xfce and Zorin Lite xfce.
It working great when uninstalled that all stuff. Everything working, games,videos,sound.
Only one thing what not working it is store Zorin software but this is no problem because if i want something i can used a my lovely terminal.

I discovered Zorin apperance also not working if you uninstall gnome. I reading somewhere a layout Zorin are on gnome.
Well uninstalled gnome you can next some updates killed your Zorin.
Zorin is non-functional.
Working webbrowser and sound.
Games on steam stop working, discord working but propably microphone not recognized hardware drivers.
Spotify working.
Flameshot working.
Intreresting what working or not on xfce when deleted a gnome.
This i hope a solution
The first thing we must do is open a terminal and remove the default configuration of Zorin Os with the following command:

Then we are going to install the Zorin Os Lite packages and the Lite desktop environment, with the following command:

Microphone not detected by pipewire