While trying to solve a Deja-Dup issue - which no one seems able to answer - I discovered a strange file on my Zorin Ultimate 15.3 system: There's this file - ~/.hidden - which was last touched 17-Feb. When I run file on it, it says its type is Xenix. Does anyone know what this file is for and to which app it belongs?

Does the hidden file say,

You can check the status with

If it was an installation fault, for example, you may get a path like 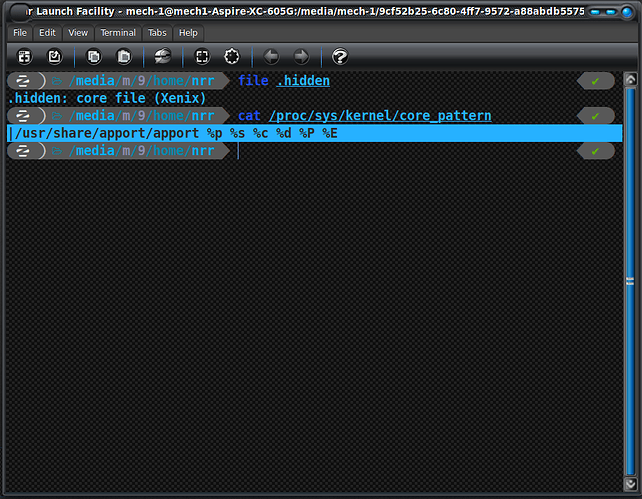 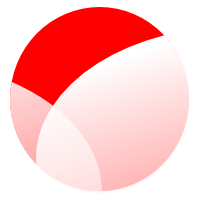 The Core Pattern (core_pattern), or how to specify filename and path for core...

1. Introduction to Core Dumps In most GNU/Linux systems (all of those I personally have used, at least), core dump files generated after an uncaught signal in a process (as a SIGSEGV or SIGQUIT), a…

Also, you may check /var/lib/systemd/coredump to see if anything there.
If empty, I would not worry too much about it and just delete the harmless ~/.hidden file and keep your eyes peeled to see if it is generated again, later.

Yes; file reports ~/.hidden: core file (Xenix)
When I run cat /proc/sys/kernel/core_pattern i get just core (as the file's contents) and the /var/lib/systemd/coredump directory is empty.

When I cat the ~/.hidden file I get core (as the file's contents) as well.

So it's safe to delete it and just keep an eye out for its reappearance?

So it's safe to delete it and just keep an eye out for its reappearance?

I would say so, yes.
A coredump is not a small thing, but it is not necessarily evidence that something is wrong with the system, either. Many things can cause it. And, for testing purposes, you can cause a core dump with a segmentation fault. Errors, crashes and dumps occur often enough... And they get noted in various logs. Memory dumps, system dumps and core dumps occur either because software crashed or to prevent further damage due to a failure or crash.
Being notified of a dump is the systems way of making sure you are informed Just In Case the cause is serious enough to recur or cause further failures. But often, it can mean "crisis averted; just wanted to let you know..."
If you are not seeing any other warnings or oddities; You can delete the ~/.hidden and keep watch. If you did a back up with deja dup, and if the file was saved within deja dup; you may want to delete the file and then do a new back up. That way, if you happen to forget about this, you are not concerned when a Restore also restores that file.