What is Reason for Zorin? or Why?

Considering all one needs to accomplish is download a relevant .iso, burn it to a disk/usb, run Live or Install--any flavor of Linux (an OS that one need not have to PAY just to have LibreOffice to be present.)
So, Why would one choose Zorin?
What are Zorin's pro's vs. the con's of other flavors of Linux?

Additionally, with the apparent fascination with winX for a UI, why not have a win2k/XP/7 type of UI also? you know, where the UI actually makes sense, and where useful tools & programs are NOT obfuscated nor hidden as with the "pretty" OS's.

(an OS that one need not have to PAY just to have LibreOffice to be present.)

Zorin OS Pro comes with quite a bit more than just LibreOffice... But I think that also really detracts from the point.

Zorin OS has delivered the best performance and well supported updates of the many distros I have tried. Additionally, Zorin OS comes with a large suite of pre-installed packages that while free, are often necessary but neglected. I can open a terminal on a fresh install of Zorin OS and get an immediate response from things like imagemagick, net-tools, and so on -whereas on other distros, I need to go and install the essentials. Sometimes, it is the little things...
And all of this is Free.
Choosing Zorin OS Pro allows the user to support a project that has provided a very solid, fast and well meshed operating system. Zorin OS Pro does not unlock essential features or provide otherwise unobtainable proprietary software. It funds the project to keep it alive.
That really carries a lot more weight - Honest support builds more rapport than locked features or shady practices. From the Zorin OS webpage, to the Operating system itself, you will not find any third-party advertising. You Will Only Find Zorin OS.

In the end, Zorin OS Lite and Core are Worth Paying For. Zorin OS Pro just offers extra goodies as a "Thank You" for helping to make a user supported, clutter and ad-free desktop possible.

Additionally, with the apparent fascination with winX for a UI, why not have a win2k/XP/7 type of UI also? you know, where the UI actually makes sense, and where useful tools & programs are NOT obfuscated nor hidden as with the "pretty" OS's.

I agree. Personally, I believe that the ZorinGroup sets out to theme their O.S. - Do One Thing and Do It Well.
The U.I. is not supposed to mimic or behave just like Windows- but add a layer of familiarity that eases a user into Linux. Because Linux is quite different from Windows - you cannot just recreate Windows on Linux. You can only allow a platform that makes it easier and more enjoyable to Learn Linux.
And this is where user customization can really shine. I do not use any of the Zorin Themes, myself. The same as you, I prefer my tools to not be hidden.
If you prefer a different UI than Gnome, you can try Zorin OS Lite with XFCE desktop. You can also install other desktop Environments on Zorin OS.
I regularly use and install Cinnamon D.E. which performs lightning quick on Zorin OS - and stays that way.
I regularly use XFCE desktop.
But I have also seamlessly installed Enlightenment, Mate, Plasma and Trinity while exploring D.E.'s in the past.

So, Why would one choose Zorin?
What are Zorin's pro's vs. the con's of other flavors of Linux?

To answer the 1st question - me personally, because I 'distro's hopped' like so many others and found an OS that not only appealed to me aesthetically , but worked better than those I tried. Minor hiccups, sure, but mainly on my end, being a fairly new linux user coming from the Micro$ world and stuck in that mindset. And any issues I couldn't find via search, I turned to the forum. With the help and advice from complete strangers my issues got resolved. That speaks volumes IMHO.
2nd question - Very subjective question. There's a bunch of other flavors.
It's about finding the flavor you personally like. No one can tell you what to like.

Really comes down to, being you capitalized the 'pay'. Are you the type that contributes to a cause you find worthy and want to support. Or just want everything for free and gripe when it's no longer around due to lack of support.
It's all about peoples choices.

These few replies assuredly make sense, and I agree with in part(s). Though a point-for-point comparison on pro/con still seems lacking in regards to functionality, reliability, & security which imho, ought be at the forefront, i.e. the foundation. As opposed to "building a "pretty" castle in a swamp, followed by its inevitable burning, sinking, and rebuilding." Then the use-ability oft-times becomes obvious. (i.e. why did you put the TP holder in the basement? oh. because it is said by some that it makes the restroom look bad. duh! TP is SUPPOSED to be in the rest room. But I digress, as soooo many want to hide things because of their vanity and pride.)
I HIGHLY agree with and follow subsequently by my action(s) with Service to the Community, to Others in Need. I do NOT, however, agree with the painfully obvious 'merican mentality of "Put Them All into Cages while They Give Us $¥£ Whether They Like it or Not."
And it is this that I am so leery of, and sadly, have seen creep into other formerly Service-focused venues, where once the "Paywall" is built, the quality evaporates.

While I understand your view, and have witnessed from M$, Canonical and gnome, I wonder what you are specifically looking for. Everyone's experience will be different, due to preference, hardware and their own opinions. One person that has a simple issue could state that it's the worst OS ever, while someone who fights to get every piece of new hardware to work on a Linux OS may state it's the best in the world. It is based on perception and less on comparable fact because of the various hardware combinations and opinions possible.

I am running an Asus Tuf Gaming A17 laptop with Zorin 16 and Win 10 dual boot. I have two Samsung 970 NVMe terabyte drives and 32 gigs of ram. My experience is that it has run faster than Ubuntu, Pop OS, Puppy OS and Xubuntu (if only comparing Linux Distros). It also performs better than Win10. Applications open faster, it takes no time to list the contents of the drive in the file explorer. Since the alpha build of 16 it has been a stable, efficient, fast OS that has only improved with hardware support and minor (mostly aesthetic) bug fixes. Security and kernel updates are frequent to attain the support intended by the development team. I personally don't use gnome and have been running cinnamon while also testing XFCE and KDE environments. Not once has Zorin 16 ever slowed or faltered.

You want direct comparison, download and try it. It seems what you are looking for is the literal explanation of the experience, and nothing we will say is going to satisfy your curiosity or be enough to convince you of it's performance. Even graphs and numbers would be called into question by your skepticism. It is free...try it. If you find it to be everything you wanted an are looking for, consider supporting the development so it doesn't fall to the wayside and disappear. If you don't find it to meet your needs, you've lost nothing but time and a few write cycles. Your skepticism will create doubt until you try it for yourself.

Whatever you decide, please don't put these volunteers down for attempting to share the experience and enlighten you to the positive experience that Zorin has been to them. This is both disrespectful and shows what you think of others' opinions, saying much of your character.

I do hope this has been helpful and will aid you in your decision.

It's rock solid, stable, performance is great. Give it a try, they have free versions.

As for Quality Evaporation, that ain't happening here with Zorin.. It gets better and better each release. Obviously there will be those that wouldn't agree, depending on their needs and/or hardware. But the vast majority will..

For me, I'll pay (support) and it'll, like 337Harvey said, out perform everything
else I've tried prior. And I'll be happy with my choice. Yet again...

Hello:
It seems to me, as has been pointed out before, in the Gnu Linux world you have to, first of all, be clear about what you are looking for and how much knowledge you have.
In my case, since I come from Windows, it was always clear to me that I should look for a similar distribution, at least aesthetically. Besides, I am not a geek. I want everything to work in the simplest possible way. I'm not interested in spending several minutes using the terminal to enter commands.
Zorin Os meets all these expectations. It is stable, fast, and has a familiar environment.
I think that there is no one distribution that is better than another. The important thing is that you feel comfortable with it, and that it meets your expectations.
Regards. 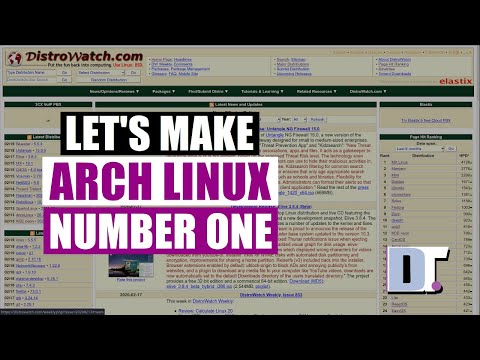 About distrowacht and ranking.
Some channel about linux

You can only allow a platform that makes it easier and more enjoyable to Learn Linux.
And this is where user customization can really shine. I do not use any of the Zorin Themes, myself. The same as you, I prefer my tools to not be hidden.