Which game to play? - For lousy Laptops

Now that I am trapped with a lousy laptop I was wondering which game could it play via Steam? I went from super computer to TI-82 calculator. Okay, that's not the truth but close. My system specs are now: 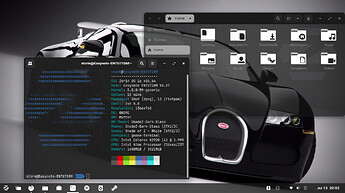 So my top 3 Steam Games are so far:

It takes some minutes to load at the start and between the scenes. But the graphic runs smooth and nice - A SSD instead of a HHD would have worked wonder.

As same as Darkest Dungeon it takes some time to start the game, but my biggest concern was; could it run as it stated as a Vulkan optimized game and I wasusing a lousy Intel card? No problem a it seems.

A hack'n'slash game with pixeled graphic? But still uses Vulcan? My worries should put at shame. It suffered also from not been on a SSD and I had to wait a minut before it started up. After that it was running like a champ.

If you have a laptop similar to mine, you may not run the state of the art super commercial FPS games, but there are many indy games out there which are fun to play and may even be more fun than the top notch billion dollars games.

No SuperTuxKart?
How disappointing

I think SuperTuxCart is to extensive for the video card.

I think SuperTuxCart is to extensive for the video card.

Well, it won't be with full graphic settings, but lets put it as a test.

Just watch out when you installing it from Software. The 1st choice given is Flatpak. Make sure to scroll down for apt version.