It made sense in Win95 when everyone had a 4:3 monitor. It was easy enough to see and reach and blocked less of the middle of your screen. 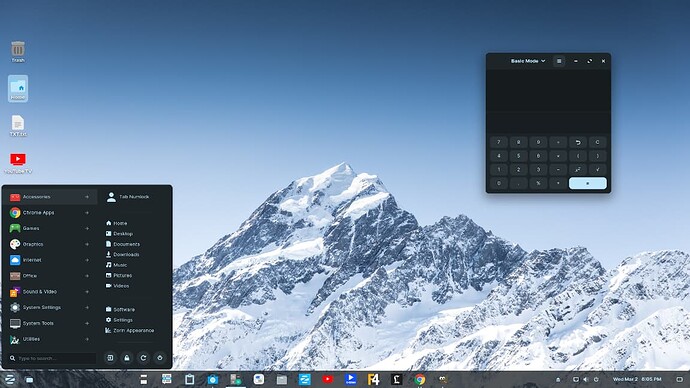 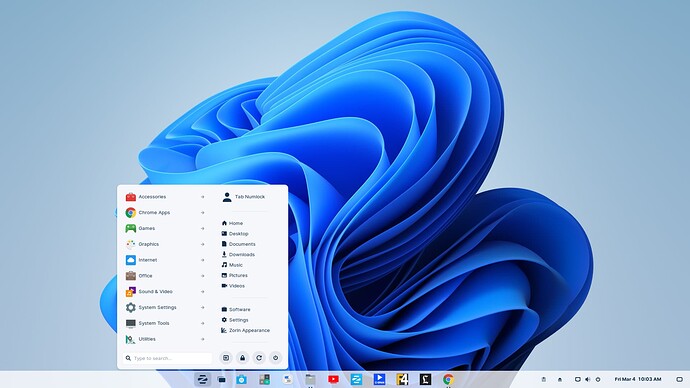 I say we put it on the right. That's the right place to put it. It's time everyone got with the times.

It's all about personal work flow. There's no right or wrong on this matter. I personally like it it in upper left corner. If you want it in the middle of the screen you have the power in Zorin OS to do so. 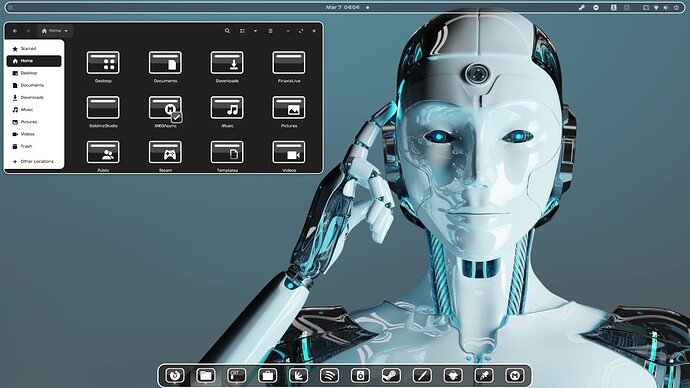 I think if someone would like to suggest that the Middle Icon layout be default, as it most resembles Windows currently - this is valid.
But suggesting that the position of the App menu icon somehow obscures view... (whaaat?) Or that it is not modern is... to be undiplomatic and in-ordinarily blunt: Absurd.
There is no need to justify ones own personal preferences, much less to suggest it applies to others.

It made sense in Win95 when everyone had a 4:3 monitor. It was easy enough to see and reach and blocked less of the middle of your screen.

Your next example that you marked better, shows the button in the middle of the screen which actually does block the screen. Which is exactly what you were saying the button on the left does, but didn't. I'm really confused

That being said, I do not like nor want the new Win 11 layout, Macish layout. I don't want a bar at the top of my screen nor on the side. If that is what you like, great do it. I however do not like it and it shouldn't be the only option.

I use the Tasklist panel option. This is because it is useful to see and differentiate between all open windows. I do not like "grouped' tasklists, because knowing what is open and being worked on is essential to me.
If I am doing image editing, having ten or more Gimp Icons or Inkscape Icons grouped together means I must open and close a lot of those icons trying to find the right window.
This is why the app menu being on the far left or right makes the most sense on a workbench.

I do not like "grouped' tasklists, because knowing what is open and being worked on is essential to me.

I do the same thing, I can not stand that grouping thing as it makes it hard for me to figure out where I need to go back to. I keep several things open all day for work and it's just much easier to have it separated, know exactly which one is which with no fuss and no muss.

I don't have to squint looking at bunch of little boxes trying to find the right window. And I turn that window preview thing off as well. That is probably one of the most annoying things anyone ever came up with up.

Same. Tooltips bother me, too... So I disable them.
On Cinnamon desktops, I must disable them by setting that in the css for the desktop theme.
So recently, a user noted a complaint to me that on most of my Cinnamon themes, the tooltips don't show up.
I had forgotten to revert those when I uploaded them... I had to go in and update about ten themes in one day.

Oops...
That is a case where I (inadvertently) forced my will on others... Not by domination but by absence of mind...
It goes to show that sometimes something is not malevolent, but careless.

I disagree with this, one big plus of having it in any corner is speed:

you can simply fling your mouse into one direction and option it, just like that, no need to aim

Good point! I had not thought of that. Hmmm... what if we put the Close Button in the middle of the titlebar?
Especially with some layouts where... you know... you gotta be within a pixel of that lil sucker to get it to register...

you gotta be within a pixel of that lil sucker to get it to register...

Wasn't that a Gnome issue?

Wasn't that a Gnome issue?

Well... it's a window issue, no matter that the D.E.
Easily fixed, usually. Gnome actually got this one right by allowing the invisible margins in the .css to dictate the grab area.
This is why you can have a 1px border in a Gnome Window and have no trouble finding the grab area, but a 1px border in an XFCE theme is a nightmare.
This can be fixed in the XFWM4 source code - indeed, I have done it for XFEX. But it is a lot easier to just retheme - as I did with the Zenith themes that resemble Zorin OS themes.

Been experimenting with the centered menu since last fall on the Budgie DE. It's set up with menu, places launcher, catfish file search, and most used apps in the middle using native applets. The left is show desktop and global menu. I have come to like having a single panel setup , but wouldn't want to force the layout on anyone. The fact that I can do this is a tribute to Linux desktop developers. My Win 11 DE 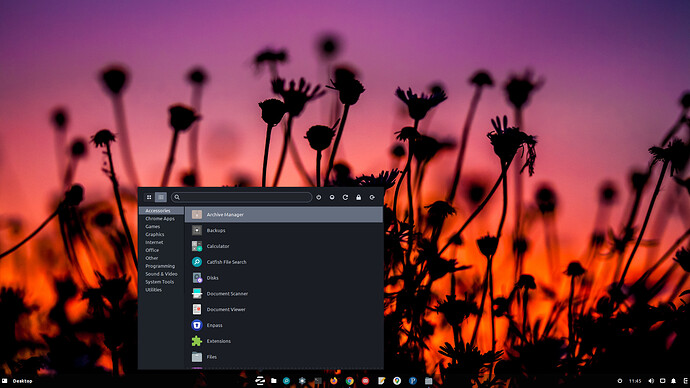 It's all about personal work flow. There's no right or wrong on this matter.

1000% Storm. It's all about the individual user and what they like.

you can simply fling your mouse into one direction and option it, just like that, no need to aim

Exactly!!
This is why I too prefer to keep the application menu at on of the corners. My panel configuration is more like ubuntu...The top panel which is thin and does not take a lot of space is used to display time and change quick settings and has the app menu at the left corner. For launching favourite apps, I have a dock at the left side which autohides (to save space).