I had been running zorin 16lite os on my laptop for a few months now, but since I got it system resources had been going up to 80% to 100%, only decreasing when another application is running, then after awhile it goes back to is 1% to 10%. I had been using the cpupower-gui, to help fix my laptop running from itself down, but i wander if there is a fix to this 100% issue, or if its a os issue itself?

Have you checked what processes are running when your CPU seems to randomly jump to 100%?
I monitor active processes along with CPU and GPU usage in real time percentages. I wonder if using a Conky may help you to observe directly what process starts running when the CPU maxes out.
That way, you do not need to launch anything to see what is running.

Can I get your System Specs via neofetch? 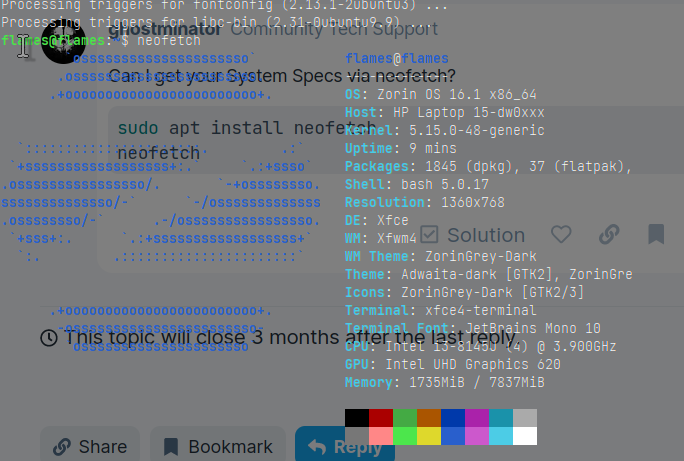 it i literally says in the usage app in the software store that system 100%, but right now it isn't 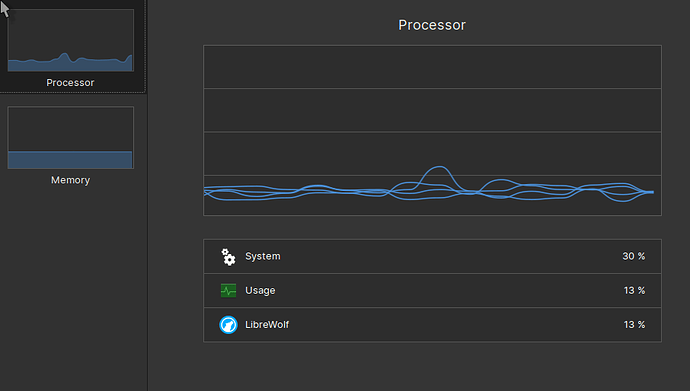 if its a os issue itself?

This is Not a OS Issue, Your Specs are Great and should run Xfce like a bullet. But, I am wondering what is wrong in your PC. Can you please screenshot ctrl + shift + esc screen?

right now its not at 100% as i said it was randomly but here it is, there is also something similar up this post 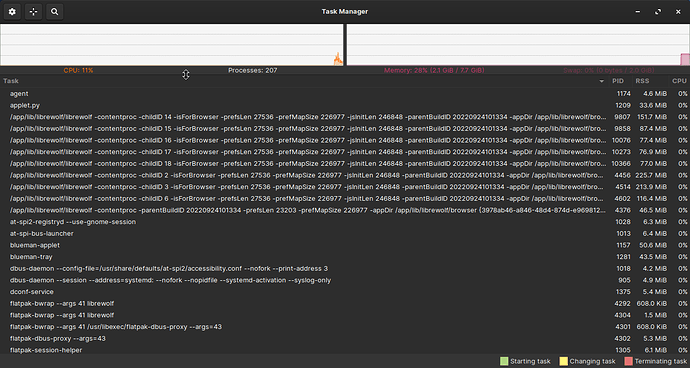 Okay, Don't Bother about the Software Store Indicator it is entirely fake to be honest

. Honestly, The Only One that matters is this one ctrl + shift + esc. If you are experiencing some system slow downs than that is a serious problem. You can program the task manager for faster refresh. By accessing the settings icon too the top-left and notice the process consuming the highest resources. Update and install programs using the terminal, avoid software store. Commands available online or ask us in the forum

how do I update stuff from terminal then?
And why would the software store would be here?

sudo apt update
enter your password
then let it process, after that sudo apt upgrade

why would the software store would be here?

It is just a GUI based interface for every Ubuntu based OS. But, if you are using Linux, You need to get familiar with some Linux Commands for basic stuff

Update and Install Command to update your sources: sudo apt update Command to check for available upgrades: apt list -u Or: apt list --upgradable Command to upgrade available packages on your system: sudo apt upgrade Upgrade as long as existing file deletion is not necessary sudo apt dist-upgrade Upgrade even if existing file deletion is necessary sudo apt full-upgrade Installing a package using sudo apt install that is already installed will mark the package as manually…

oki, i'll be back once i run into that issue again.

And why would the software store would be here?

Zorin OS seeks to provide familairity to users migrating from Windows. The Software store most resembles the Windows app store.
Many of us switch away to using Synaptic or terminal instead.

This, however, is a tangent. How Software Store relates to you in your case deals with the Update Management, not the Software as an App Store.
And the Update Manager will run in the background, whether you launch the Software Store or not.
That is the issue we should zero in on.
You can run Software & Updates and check how frequently your system checks for updates.
If you are experiencing this 100% CPU spike more frequently than your settings allow for update management, then it implies that the package is broken and needs repair. 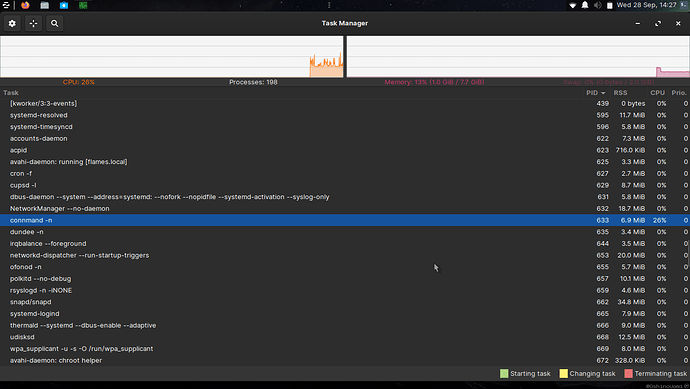 This is the issue I was talking about, its not 100%, but it does rev up the fans of my laptop heating it up 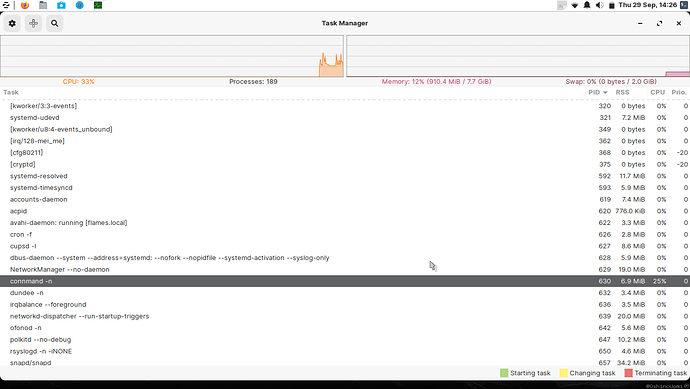 And it happened again today aswell.

That process is your Connection manager... are you using a DNS or VPN or anything that may route services?

I do recommend tlp by the way. If you removed it earlier, you could stand to reinstall it.

I only use DNS outside of school, and this issue happens in school.
also what tlp ?

Well unless connman is a red herring...

i have connman installed because i had an issue with the network button not being there on the panel, which the problem is fixed, i just have connman in case if it happends again

Ah, I see.
Is Status Tray Plugin added to your panel? It contains the Network Manager plugin, which is how I access it. I wonder if that would work for you; and if it does, whether you need connman.