OK, I downloaded the Zorin OS Lite version and was trying to install it alongside Windows 11 Pro: AND FAILED! To even come to that point was needed as little as 1h7min!
Overall, in that install process, nothing told about Zorin OS 16 Lite, just Zorin OS 16!
I'm still stacked at At the Installation type which let me just choose Erase Disk..... or Something else! It mentions that this computer has no detected operating system! Windows 11 Pro was just installed clean before on a 150GB HDD Partition and fully activated as well. Running with no problems.

Tha Laptop used for that all is an Acer Aspire One 722 with Dual AMD CPU C60 and 8GB Memory! It was working before with Zorin OS16 Core alongside Windows 11 Pro with no problems on the same HDD (a WD Black Scorpio 500GB 7200rpm)!

The USB Stick used seems to be no problem and the Checksum test of it went 100% clean!

So, what the hell is going on? Any idea?

Thanks a lot for any useful info.

Recommend running chkdsk (Or however it is called) on windows 11 and defragging it. Once all is complete, try Zorin OS 16 lite installer again.

I have a 10 year old 64 bit Samsung laptop with an Intel processor and maximum 4Gb RAM fitted which I have as a back up. It was getting desperately slow on W10 so to give it an extended life I installed Linux Mint Mate 20.2 to dual boot with W10. However I then found Zorin and liked the the look of it and have been testing it on a live USB and subject to it being 'better' than Mint Mate would have changed over to Zorin. So having waited for the Lite 16 version release I downloaded it yesterday to try against the Core edition I previously had been testing.
Quite apart from features that don't work in Zorin from the USB stick tests (which may or may not be able to be fixed by a full install whilst same features work in Mate), it seems both Core and Lite may be more resource hungry than Mint Mate in that a rough and ready resources test on all three systems whilst at rest gave me the following

@Aravisian:
Done that and the same outcome! There weren't any errors etc. and I had the exact same outcome on a different HDD, which also has Windows 11 Pro on the primary stage, Zorin did not find any other preinstalled OS on that Computer/HDD!
At this moment I prepare another HDD while LLFormatting and will install Windows 10 Pro first, Zorin16 lite after that again! That will need some time! That used HDD will be very clean after LLF, a virgin to tell!

Things are, I'll need to have both Windows 10 or 11 Pro and Zorin on the same HDD to show my customers the real differences! It's anyway not easy to push customers to something totally new, here from Windows to Linux!

Any more ideas? Thanks.

Any more ideas? Thanks.

The standard ones:
I neglected them since you had Zorin 16 Core installed...
Safe boot - off
Secure boot - off
Fast boot or Fast Startup - off
Use UEFI , not legacy

Are you using eMMC or nVME SSD?

I created a new thread for this issue before deviate too far from the original thread (announcement of a release of Zorin Lite).

OK, the problem seems to be an incompatibility of Zorin OS 16 Lite to Windows 11 Pro. I prepared another HDD (Hitachi 250GB Sata 2, 5400rpm) which I also LLFMT before use, installed Windows 10 Pro 21H1 on it, and updated it to the latest, and now I'm installing Zorin OS 16 Lite on it. That seems to work now, it is now copying the Lite to it.

Let see how it would end up?!

The reason for me is, 2 of my big customers use more than 100 of this Acer Aspire One 722 with AMD C60/70 CPU on their company and will not change them at all! I tried 4 different HDDs with Windows 11 Pro and none of them saw the already installed Windows 11 Pro OS, and installing Zorin OS 16 Lite alongside Windows 11 Pro is impossible.

I will let you know if everything will work after the install of Zorin OS 16 Lite is finished.

After more than 2h the installation of Zorin OS 16 Lite finished alongside Windows 10 Pro 21H1.

The first restart after finishing the installation was more than 3min! The second restart took 1min 51sec to fully boot until Start Menue worked. The tome of boot Windows 10 Pro 21H1 is 10sec slower than Zorin OS 16 Lite.

Now I've to Play with Zorin OS 16 Lite first, with real data and working processes to find out which of that 2 OSes are the better to use. I need even to look for how Zorin OS 16 Lite will work in general with Telemetry and so on, things which bother the use of Windows! The final tests will be done in my customer's places with the use of Zorin in their daily work. As I already told you before, it may not be easy to get people change to Linux!

For myself, I'll also need to get work with that too! I already use Linux (Debian) for some Servers etc., just, that's quite different from Zorin!

Anyway, my next step will be also to check, if I could upgrade Windows 10 Pro 21H1 to Windows 11 Pro with no problems and still get Zorin OS 16 Lite up and running?!

I wonder what it is about Win11 that blocks Zorin.
This will be followed with interest.

It seems to be just that the problem is related to Zorin 16 Lite only because I installed Zorin 16 Core alongside Windows 11 Pro with no problems!

That said, it should be looked at that specific problem related to the new Zorin 16 Lite!

By the way, I'll also take a close look at WindowsFX 11 Linux too. from what I've seen on the web, it even looks more like Windows, just the question would be, how fast and how reliable it would be?!

By the way, I'll also take a close look at WindowsFX 11 Linux too. from what I've seen on the web, it even looks more like Windows, just the question would be, how fast and how reliable it would be?!

The only way to know... Is testing and benchmarking.

That is simply true!

In the next few days, I'll test a lot of different OSes, mainly those quite close to Windows. And I'll closely look for Linux OSes! At the moment I've three desktops running on Low Level Formatting 2.5" HDDs for that testings, until they will be ready it will be evening today!

WindowsFX 11 Linux
Purchase a license for $25 . You can purchase multiple licenses at once by multiplying that amount by the license amount you want. Example: $100 = 4 licenses .
https://www.windowsfx.org/?option=com_content&view=article&id=28
https://4mlinux.com/index.php?page=home
This also with paying. 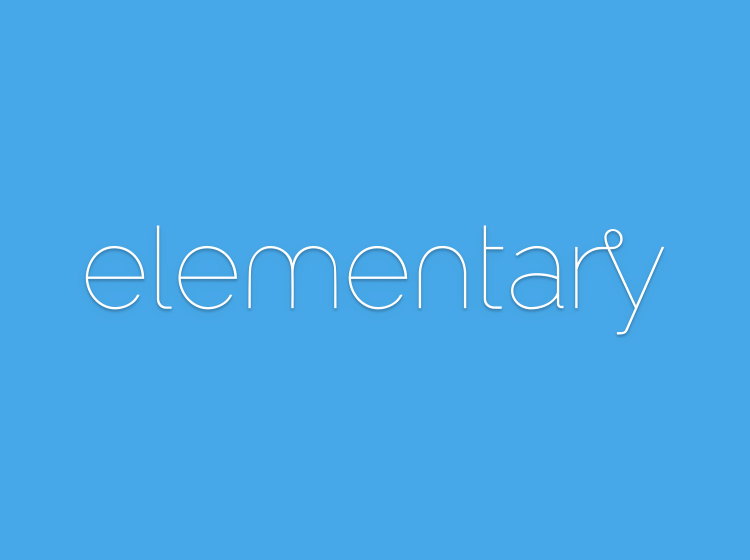 The thoughtful, capable, and ethical replacement for Windows and macOS ⋅...

The thoughtful, capable, and ethical replacement for Windows and macOS

You forget to mention that there is a FREE and Paid version of WindowsFX Linux, the same as at Zorin!

Yes but example 4MLinux - home when you click only for paying.

That is a totally different Distro and NOT WindowsFX Linux!

Bourne is just giving you another example.
He has been a helpful member of this forum for quite sometime and by all means not a troll.

Sometime his English has much to be desired and a mental reverse engineering is required (he is Polish).

Calling another member's comment "trolling" is not a wise move since it will put off other members to offer you a further assistance.

I can answearing only on question on topic like in military. If someone show you a differences then your mind is more opened. Besides if this forum could be like answear Yes or No but people are not robots and sometimes put what feeling and put sometimes things what someone don't care. We all are diffrents but first rules on this forum to be respectfull. Start judgement people what they doing here wrong or not could be a negative perception among users. " æbler af guld i skåle af sølv er ord, som tales i rette tid"

You forget to mention that there is a FREE and Paid version of WindowsFX Linux, the same as at Zorin!

Yes, they do have a free version with a ton of pop ups asking you to pay the $25. Some things if I remember correctly because I tried it for all about 30 minutes also stop working after a period of time if you don't pay the $25. I felt it to be a very heavy and clunky distro.

When you're installing Zorin alongside Windows are you doing it through the install process? If so that could be part of your problem as though it's convenient it is not ideal and can cause a lot of problems. I highly suggest you clean up your disk using the windows program at this point. Any time I dual boot I also check and fix my Windows disk after installing a Linux distro.

You should always use the Windows partition manager to make free space in the hard drive. Make sure fast boot is off and you do not have encryption turned on before creating the free space in Windows. Then when installing, you already have free space on the HD, and you choose "something else" and then put Zorin on the free space you created.

Bonus Tip:
Make sure Windows Fast Startup is off. This may or may not speed up the booting time but it will certainly prevent many other problems.
PS: If you use Windows more, then you might want to keep the option enabled.