When two Android cell phones of the same model are connected, they are listed on the Zorin Connect screen with the same name (the Model & Hardware name) and are consequently indistinguishable. In Android phones, this value cannot be edited by the owner, but the "Device Name" field can. For instance, both my phone and my wife's phone are listed in Connect as "moto e6 (XT2005DL". If Connect picked up the "Device Name" field instead, they'd be shown as "moto e6 Jim" and "moto e6 Carol". Is there any way to get Connect to pick up the Device Name instead of the Model & Hardware name? While not a "bug," it's an ergonomic error. Surely if Connect can pick up one identifier from an Android phone, it can pick up a better one!

I know how to do this on KDE Connect (Upon which GSConnect and Zorin Connect are based):

Since my first blog post we got an huge amount of feedback and it’s amazing to see that you are as excited about KDE Connect as we are. This way I want to say “Thank you” for all …

Sometimes you may want to rename one of your devices, e.g. when you have two from the same manufacturer and they show up with the same name. On the desktop side, go to the KDE Connect settings and in the top-left you will find a edit button. It’s the little pencil icon in the above screenshot. On Android it’s a little bit more hidden. Open up the left drawer and tap your devices name (in my case “The phone”) to edit it.

I tried seeing if GSConnect has similar and it does have a property in the CLI addition; but it is currently only working if connecting to One Device Only: 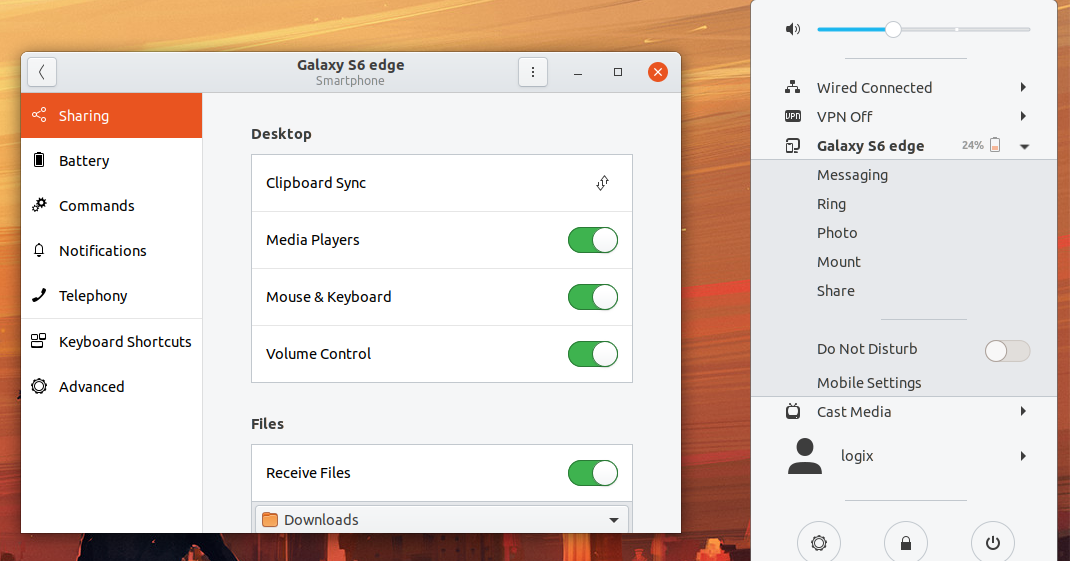 GSConnect v25 (quickly followed by v26 to fix a single issue) was released a few hours ago, and is already available on the Gnome Extensions website. The new version brings support for controlling remote media players, clipboard support under...

It may be helpful if you want to ensure that your ZorinConnect only connects to One Device.