Zorin OS is undoubtedly the best Linux Distro for New Comers but, still some work is needed to compete with Windows(Opinion)

Zorin OS is best Linux-based Distro out there I've no doubt in that, but still some tweaks and some development is still needed to compete with Windows.

I have Dual boot setup on my Laptop, and I have been using Windows since the age of 6, now I'm 16 so yeah 10 years. I have used Windows XP, Vistara, 7, 8.1, 10 and 11. Though at that time I couldn't ever imagine of any Distro of linux to be as good as Windows 7 because you get the best performance from your hardware on Windows 7. I remember I bought my Laptop in 2015 and there I used to get Windows 8.1 by default installed on my Laptop. But then Windows 10 was launched but I was not aware of Windows 10 as I was not Tech Savvy then, as I'm now. But I became really interested in OS because its the main GUI from which you interact with the System, so I started testing many new OS, I used Windows 10 and recently used Windows 11 but it's performance is horrible and it's terribly slow and its bloated as hell. And we know Microsoft stores all the activity you do on Windows and even Windows 10 is not that great. Windows 10 is okayish but its bloated with so useless apps and it just eats most of the RAM and memory. So, I started to look for an alternative OS which gives power to my Old Low-End Laptop and make it fast and responsive. I don't expect a Gaming Laptop like performance on Laptop but at least a bit responsive and less time consuming for opening apps and stuff.

It was in the school when I was studying this Chapter, "Cyber Ethics" where there's a section of Open-Source Software, Proprietary Software and Free Software. The ideology behind Open-Source Software is really good I really liked it and there I read about UNIX and LINUX operating system and with which mindset it was created. I got really excited to use LINUX but I heard that most famous and widely used LINUX Distro is Ubuntu and Ubuntu is not easy to use and interact with but when I searched about Distros which have GUI just like Windows the first name which came was ZORIN OS and after that, Linux Mint which you people are already aware of. I did some research on YouTube and read Blogs about Zorin OS and it's performance and everybody was saying that this Distro is top-class and really good. So, I installed this Distro with the help of YouTube, but I was really sceptical about LINUX as it was totally new environment and new OS for me. But, as soon as I installed Zorin OS, and took a test, I was literally impressed by the overall design and UI and feel. It was clean and mesmerising. I was impressed by every element of this OS let it be font, and in Windows the Font rendering is so poor that it feels like as if we are reading the text in some ancient time, Windows wants to stick with its ClearType font rendering which is totally outdated and looks really old in this modern world but at the other hand, Zorin OS have great font rendering and text looks crystal clear and gives a modern look to OS which I really wanted when I was on Windows. Zorin OS can certainly beat macOS in terms of optimisation, privacy and security, looks, etc.. After using Zorin OS it was no turning back to Windows, it certainly The Best LINUX Distro for new users.

But, I have experienced some performance issues with Zorin OS and I sincerely hope that Zorin OS team will address these issues as soon as possible and will fix it as well. I have full faith on Zorin OS Team and its developers.

The issue which I face is performance related, though I have seen many videos on YouTube to how to tweak Zorin OS to get great performance and even read many articles and implemented personally, but still I find lags in the System and jitters when switching from folders to folder or files to files and even when streaming YouTube, 1080p60fps video don't play smoothly while on Windows Full HD 60fps runs fine, even I have streamed 2K on the same Laptop on Google Chrome on Windows but my Laptop can't stream 2K 60fps but Full HD 60fps works fine. And the Native apps on Zorin OS are really light and the app opening times are far more better than Windows Native apps but still I feel like app opening time of Third-Party apps should be more optimised and should be even more good. I know this OS have all this potential and I expect that this OS uses it's full potential and become the BEST.

I hope that, Zorin OS team work on the suggestions and implement them in future updates.

Thank you,
Have a nice day.

Your story is 99% just like mine! And I like it and agree with every word you said..

For these specs, I would recommend Zorin OS Lite.

Also the hdd is a spinning drive, personally i would change that one with a ssd to gain more performance.

I totally agree on that, I am also planning to install SSD instead of HDD, but here where I live, SSDs are expensive and I can't afford it right now.

You can try Linux Mint but I would prefer Zorin OS Lite 15.3

Do you recommend a non-gnome distro to me too?

Gnome use 1-2gb memory while xfce uses way less. But it all depends on what you install.

But waiting one more month for Z 16 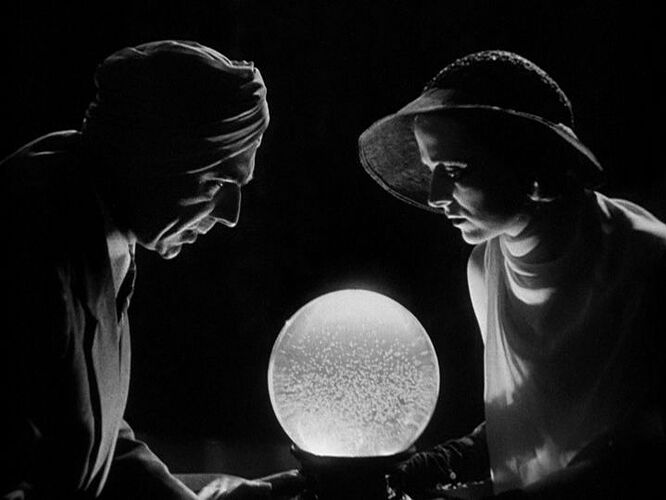 How the hell did you find that picture of me and @FrenchPress ???

How the hell did you find that picture of me and @FrenchPress ???

It is the almighty power of @Elegant_Emperor's

Well if they truly wanted it to be like Windows then they'd have to remove support for a large number of peripherals like my Dell 1110 laser!

To be fair I have had some video/rendering issues with the Gnome based versions of Zorin but not the XFCE versions.

I saw how working linux on ssd rocket launcher. HDD is slower. I will soon buying bigger ssd and waiting for xfce to exchange hdd. That nice if on next version Zorin you can choice diffrent desktop kde,gnome,xfce etc. Of course also will be great one iso from Zorin with 3 type installation - pro,core,xfce.

Knowing your spec, no wonder you can't get the best of it when you use Zorin OS 16 Core. I use Zorin Lite because my spec is 4gb ram and HDD, having that I considered my laptop as one of those old school laptop that can only be revived by Linux distro like AntiX, Q4OS and Zorin Lite. (Though I can play games smoothly with steam having this low spec laptop. hahahhahaaha)