Zorin OS not booting after two days of usage

I have been using Zorin OS 16 Core for a couple of days now. I've installed some apps and while trying to install vscode (I need it for my degree work), the software centre wasn't loading. So, I followed some steps from an answer on this forum to uninstall it and then, I had to reboot my system. Unfortunately, it no longer boots up. I've attached the current boot screen. I had long boot times before as well, occasionally, which might be due to the extensions I'm using or beacuse of my HDD. I've noticed that Zorin takes much more time to load as compared to Mint or even Windows 10. What should I do? 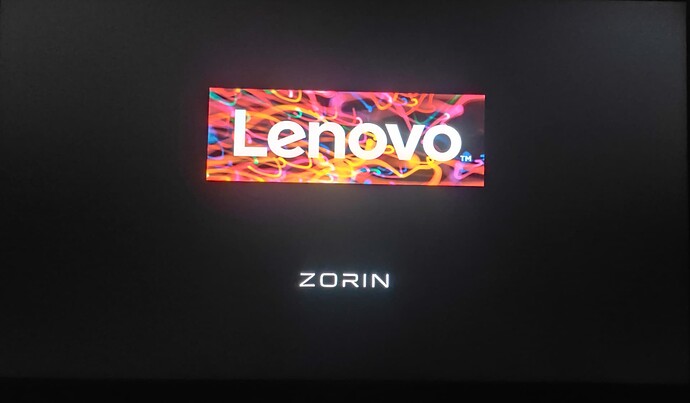 Also, why do I see obscenely high ram usage while system is idle? Free memory was around 900 to 1000 mb.

Can you Attach the Post or Program you used from this forum, So that we can proceed with this problem

For Your OS Loading Longer, Win 10 has a fast boot feature that locks the hard drive to boot faster. Zorin takes time in loading the startup programs you installed (with or without consent). So there is nothing much we can do except reducing number of programs and services running

Removing vscode should not cause issue with the os booting. Did you attempt to remove any gnome packages? In terminal, if you type history and place the contents here it may help in troubleshooting the issue. This may be accessible by the recovery terminal, but no guarantees because i don't know if that will access your account's terminal history. You can try to reinstall the de by typing sudo apt install --reinstall zorin-os-desktop which should replace any packages that gnome requires.

Where did you install vscode from?

I have a repository i trust and use myself, i will post it here tomorrow evening (mountain time) for you to follow. I'm hoping that the reinstallation of the desktop environment will at least get you back into zorin.

I had to reboot my system. Unfortunately, it no longer boots up.

From that I believe the OP is first looking for help to boot his machine from the Lenovo/Zorin black screen.
@Arthur46 I suggest you search on the forum for "black screen boot". There are quite a few occurances and advice relating to this, but some depend on which graphics card you have, especially if Nvidia.

If you are also seeing High RAM usage, that is unusual. If this is a relatively recent install of Zorin OS, I would bite the bullet and reinstall Zorin OS completely.
You can install VS code with the short command in terminal:

That will solve that particular issue.
For the Slow Boot time, we can look at that, as well using analyze-blame command.

Well it did start after one very peculiar thing. I've found out that if I boot into UEFI, then exit and boot into Zorin, it works perfectly. If I try directly booting in Zorin, it doesn't boot up at all. I'm thinking of doing a reinstall.

I'm thinking of doing a reinstall.

I use the following repo for installing vscode:

The lib32 libraries and python are optional. This is how I install VSCode because I have ran into apt pushing a snap package to me....not something I want to deal with. Git is recommended if you plan on using it for collaboration or storing/tracking your projects. You may have to run the wget install prior to accessing the repo. Let me know if you are interested in android studio or jetbrains IDEA...I have those as well. VSCode covers most of my language needs though (and is more commonly used).