Hello:
I just saw the announcement of Zorin Os Pro. It looks really awesome.
I can't find the time to install it on my computers.
Regards

Time to make another backup and waiting for the unavoidable.

I just saw the announcement of Zorin Os Pro.

Link, or it didn't happen.

EDIT: Donald posted the link in another thread: 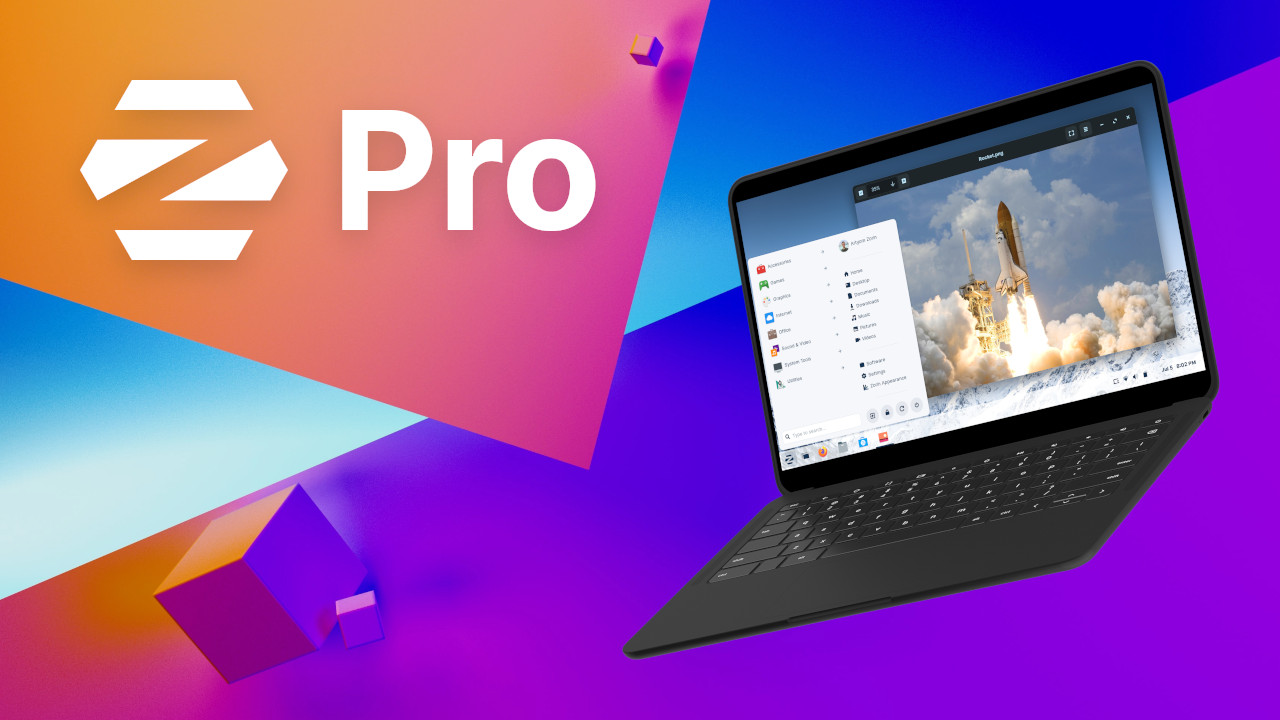 We’re excited to introduce the newest edition of Zorin OS. Zorin OS Pro brings together the best apps and most advanced features, so you can …

I am very interested in trying this zorin os pro.

A while back I did suggest using the name 'Zorin OS Pro' instead of 'Zorin Lite' for the XFCE version. I still think it is a good name, though I firmly believe that XFCE is better than Gnome. Can't get rid of that 'Lite'.

A while back I did suggest using the name 'Zorin OS Pro' instead of 'Zorin Lite' for the XFCE version. I still think it is a good name, though I firmly believe that XFCE is better than Gnome. Can't get rid of that 'Lite'.

I agree.
My own opinion is that Gnome is a tougher D.E. for starting out on. And suggesting XFCE is "good for Older Computers" is too suggestive.
It implies - it hints.

I am curious if some of the efficiencies we have witnessed in beta are tied only to pro vs core and lite free versions? I hope not, that would be a gnome and m$ move... something I'm hoping the Zorin group is above (has been above anyway).

Us the upstairs Gnome users gets all the cookies while the downstairs DEs gets the leftovers.

I wouldn't think so.
Artyom Zorin uses XFCE desktop.
During Distro hopping, at a time when I was trying to move away from Zorin OS (There is a thread about it on the old archived forum), I tested a large number of distros sporting XFCE and cinnamon. And KDE and Gnome ones, too.
Zorin OS Lite beat the others in speed and performance, including peppermint, Linux Lite and MX Linux.
MX Linux has some amazing built in User Experience and is a solid all around distro. But Zorin Lite was able to run laps around it on CPU usage.
It was much faster than Xubuntu, and comparable in speed to LinuxLite, but had much more installed software (net-tools and other things a person would not think to install) than LinuxLite carried with it. And it was lighter on RAM.
Peppermint - I refuse to talk about.
The only Distro that managed to outpace Zorin Lite was Antix. And that is to be expected. Antix is the RoadRunner of Distros, but Antix also has lower stamina, coming up short once you bog it down with a lot of heavy apps, where Zorin Lite pants a little bit and just keeps on going.

That experience is The Primary Reason you see me being supportive of Zorin OS all this time.
Choosing Zorin Ultimate (now, Pro) never unlocked Performance or Speed - the things Zorin OS is well known for. Zorin OS Ultimate "Pro" only brought forth some additional options on layout and Productivity Apps, meshed well and pre-installed saving the user from much hassle. Over a dozen versions of Zorin have been released and none ever brought the option to "buy" performance. Ultimate / Pro only ever offered the option to support a Small Distro that growls at the Big Dogs.

While the Zorin Group are not as vocal and do not talk much, sometimes, actions speak louder. And I think we all can agree that the actions we see in Zorin OS speak loudest of all. I believe fully that the ZorinGroup should be more vocal- especially with news of development and releases. They rely too much on the product speaking for them. But the product does speak for them and that also cannot be ignored.

One look at the Zorin OS pages and the Download pages- you see not One Single Third party ad. Not one. It is a clean, visually appealing page without the fluff.
One look at the blog post announcing Zorin OS Pro and you see an expertly crafted webpage.
Nowhere can you see the usual signs of greed or selling the users out, as you can on other pages, on some other distros. Even... the Big Dogs.

Will there be 3 versions? Pro, Standard and Pro Lite?
Or is Pro Lite the standard version?

Zorin OS Pro (costs) is a package that comes with both Gnome Desktop and Pro Lite XFCE desktop. This is because in choosing The Pro version, the user gets access to either Desktop Build that comes in the Pro version rather than having to choose which you want (especially if after a week of use, the user realizes they would have preferred the other desktop environment build in Zorin OS.).
With the Pro package, you can choose which you want to install. OR you can install one on a partition and the other on another partition. If installed on two different partitions to help a person decide, once they decide which they prefer, they can choose to reclaim the partition they had the less preferred build on and rebuild grub to make it one install on one larger partition.

Hello:
Zorin Os has outdone himself with every release.
I remember the first version I knew was Zorin Os 9 Ultimate. I liked it but I could tell it was missing something, it felt incomplete.
Later I acquired Zorin Os 12 Ultimate. It was a great change. I loved it. However, it had some problems (bugs) and I could not install my Nvidia video card.
With Zorin Os 15 Ultimate it is noticeable that they reached an important degree of maturity. It recognized all my hardware, including the aforementioned card. Everything worked like silk, both in the gnome and xfce versions. The professionalism is noticeable.
Now, as far as I can tell, they have outdone themselves once again. As I mentioned Zorin Os is my official operating system, both at work and at home.
Regards

I remember the first version I knew was Zorin Os 9 Ultimate. I liked it but I could tell it was missing something, it felt incomplete.

I think that one of the worst feelings is looking back at your prior work. What you thought was pretty good at the time, now you may look back at it and feel embarrassed that you ever showed it to anyone.
But if you hadn't, would you have developed? A hand drawing, a school project, your first paint job...
Perhaps if you look back at it to see what lessons to learn, what to improve, you may not want to put more work out there. Or perhaps you will become very finicky, trying to account for every detail, test thoroughly and avoid that self conscious sense of humility.

I am a maker. Sometimes out of wood, sometimes of steel. Sometimes, these days, of code. It brings certain anxieties, being a maker. So, maybe I understand what it feels like. I certainly know how it feels to look back at previous work and feel ashamed of what you once felt a bit proud of. Those first steps seem so small, now.

But no matter how small they may be, they mean nothing unless you Keep Taking them, without fear of falling down.

From building, to creating to to programming... Or just posting on the forum and re-reading it later... Iven if sometimes you make a typoe.

Hello. Anywhere is information how long Zorin OS 16 Pro will be support and security update date?
Zorin 0S 16 Pro can used for gaming?

Zorin 16 Pro does not denote a "professional" version, but a renaming of Ultimate to keep up with the times and conventions. The Pro version includes prepackaged software, usually in the category of business but may also focus on education and every day normal usage (internet browser, email client and the such). The point of the Pro version is to support development.

Zorin 16 is fast, efficient and capable of gaming though it is not it's main purpose. I believe no one in this community has had issue with playing games on Zorin, aside from the issues with titles made specifically for Windows without linux support. I would bet that you will have a comparable, if not better, experience with Zorin 16 than Pop OS or any other gaming focused OS.