Has anyone tried modifying Zorin or Ubuntu with custom kernels such as Zen, Liquorix, Xanmod, etc?

Would it be a good idea if Zorin was shipped with said custom kernels out of the box?

I mean, with Zorin's release cycle well behind Ubuntu's and most of its derivatives (making the kernel a bit out of date by the time of release), might as well slap a different kernel on it... r-right?

I know that some users use liquorix with some success.

I mean, with Zorin's release cycle well behind Ubuntu's and most of its derivatives (making the kernel a bit out of date by the time of release), might as well slap a different kernel on it... r-right?

It doesn't work that way.
Bigger Number does not necessarily mean better.
Many distros are still using the 4.15.0-75 kernel. Many others are sticking to the LTS 5.8 kernel.
What matters is applicability and stability.
A delivery Company is not "behind the release cycle" of trucks if they are using well maintained and issue free 2017 model trucks instead of the 2023 pre-release experimental truck models.

Many users that throw on the latest kernel run into problems, including data loss, crashing, kernel panic and system failure.
In some cases, with the newer hardware, a later kernel that includes drivers for that newer hardware can help resolve issues with that newer hardware and if they are lucky, they will not have other problems from that kernel.

From what I have seen on here... the 5.11 kernel may even be too unstable.

Always think of the latest kernel as the one that has the most Unknown "oopses" contained within it.

So very true about using the newest kernels. While I'm waiting for Zorin lite, I have been playing around with Arch Linux. Of course it comes with the newest kernel. I found I had a few problems with configuration and CPU usage. I went to the LTS kernel and a lot of my problems just disappeared. Plus my laptop is 6 years old so I don't need the newest kernel anyways. I probably could even go down to 5.4 but I'd have to get it from the arch user Repository while the 5. 10 is still in the main repositories. Just changing the kernel made a huge difference in the performance of my laptop. 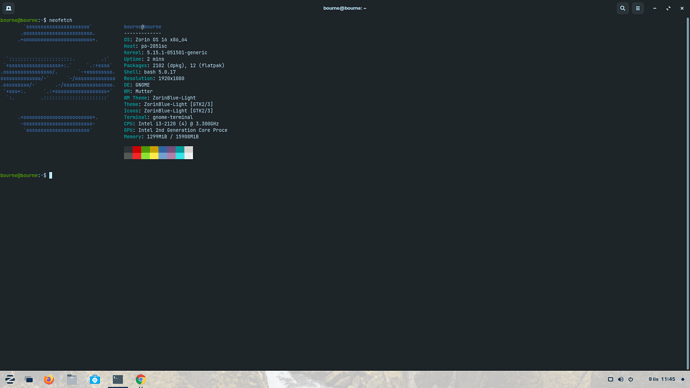 Stand by for future updates.

Working on Core but no on Pro.
So then I understand what I reading and learning first comes a kernel with anything. Then comes some version Ubuntu 21.10 (Impish Indri) Final Beta released. So that why better building Linux on older kernel what are stable and have LTS - example here longterm: 5.10.78 also Stable version Ubuntu what is Focal. POP OS is 21.04 Hirsute with kernel 5.13.17 what i saw.
That means diffrents distributions linux have diffrents kernel version?

Depending on that distros goals, yes. They can have wildly different kernel versions.
I, for one, am surprised that Zorin OS is using 5.11.
I suspect that there are several reasons for it... but it is a risky move.

But some new kernel are not better or stable?

I wish I knew a good and logical answer to this.

I do not. To be very honest... the newer kernels seem Incomplete and Rushed to me.
There are many regressions, some of which do not make any sense.
Using the newest and latest kernel is often like being a Guinea pig.

So in history Debian>Ubuntu> and then many distros.
I am little confuse but some are typical for server,desktop and diffrents processors. I am very confuse. What I can sayed some distribution example Zorin is long time on market what it gived to me huge experience from ZorinGroup. I know it comes some many new distribution like example POP OS. The question how it is possible example POP OS from 2017 is more advertised from Zorin OS or I can be wrong?

If we going with idea a apple computers. There we see some version Big Sur,Catalina, High Sierra it depends what processor, gpu,motherboard and ram we have we can install only some one version apple example High Sierra but not newest version Big Sur. That why Linux versions and kernels could be more precise what could be installed processors and graphic cards. That could better help a people choose correct version and people will be more friendly to linux distributions.

While it is true that an older, more stable kernel is maybe the best option. I think some risks do need to be taken in order for Zorin to be able to run on newer hardware. From what i see, Zorin aims to take on not just old hardware market, but also new ones that were released not too long ago, bought by either Linux newbies or veterans.

I received a dell work laptop from my company. It's fairly new. And had some issues when i tried to run Z15 on it. This was before Z16 release, so i had no choice but to continue using the pre-installed W10. Some time after Z16 got released, i tried to run it on the laptop and it actually worked. It may be because of the kernel, may be not. But in my gut i suspect it was the kernel. Unfortunately I hate to redo my work environment setup all over again, so i don't bother installing Z16 on it now. Maybe when the W10 finally breaks, then i have the motivation for it.