As can be seen, I have two GPU's, an integrated AMD HD 6530D which uses shared memory, not a great gaming device, but enough for my humble needs. The other one is a AMD HD 6570.

The problem is when I plug the hdmi cable into the 6570 hdmi port, everything is super slow, totally unusable. Can't move windows and the mouse lags behind. Had the same problem with Ubuntu, Mint and Pop! OS on older kernels, so using an older kernel might not automatically fix the problem. Also the GPU could be physically broken, who knows.

Any advice on how to troubleshoot further? Having used Linux for decades, but not a super guru, I've never tinkered with my systems, since everything has always worked out of the box with my hardware.

Since the other GPU works, I'm not in a hurry but instead of 512MB of shared memory I could play a game or two with that 2GB GPU, if it would work. Thanks! 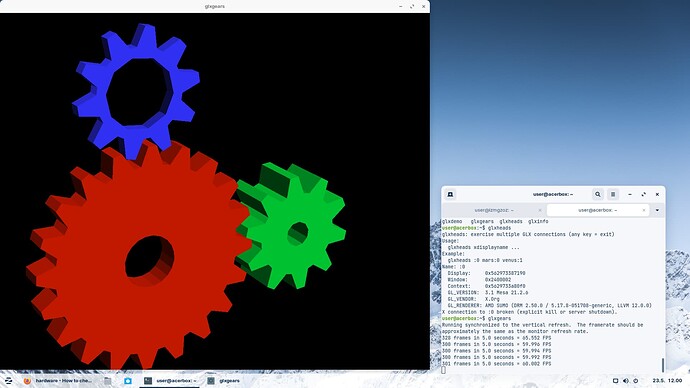 You may need to use the AMD Proprietary drivers:

Proprietary drivers? Is there an easy way to do some diagnostics wether my GPU is simply broken? Will try the AMD drivers later.

Downloading the drivers now. Do I need to run the amdgpu-install script as root?

So this type of thing is why I have used Debian stable and Ubuntu for decades... Best support, although I am no expert.

Will boot into Ubuntu and try the script from there, just to see if those proprietary drivers are the issue, then figure out what to do with Zorin.

Downloading the drivers now. Do I need to run the amdgpu-install script as root?

Yes, sorry for the delay...
The installer may complain that it is Zorin, not Ubuntu... If so, the workaround is to open the release file and change the Distro name.

OK, where is the release file?

I am trying to remember...
I believe /usr/lib/os-release
The only thing to change would be ID=zorin to ID=ubuntu
This must be done as root-

Then - Other locations > Computer > /usr/lib/os-release

Right click the file and open in text editor. After making the change - save the document, but do not close it.
Run the AMD installer.
Once the installer is finished, revert the document back to ID=zorin - this can quickly be done with ctrl+z to Undo Changes. Then Save the file again and you can close it out.

This... Is a Pain To Do.
AMD, for all their bluster of support for Linux, never bothered to configure their installer to check the release file and instead, just supports the Main major Distros like Debian, Ubuntu, Fedora...

I was faster, I found /etc/os-release - will that work? On the terminal I use nano, sorry bout that!

Tried to install, but it now says:

Not a very helpful error message - does that mean it utterly failed?

It may be a dependency error. I agree - that is not helpful...
Can you try:

Sorry, some of my native language in there...

I'll try and install Pop! OS alongside my Ubuntu and Zorin, then see what magick Pop did there to get it working, if I have time...

Sorry, some of my native language in there...

No problem, at all... I am one of the more ignorant type that only speaks one language fluently.

We of small nations must master multiple languages. I lived in the Netherlands for five years and everybody there spoke English fluently, German, French in addition to their native Dutch. That is the only way to survive in this world.

Installing Pop! OS now, just to see if the GPU works there, did some partiotioning, good thing it is only my test machine, should have three distros at the end of it, let's see how that goes.

My gut feeling says it is soon time to edit some GRUB files, unless Pop! does it's magick spot on.

Installing Zorin gave the option to automagically shrink the Ubuntu partition and and install Zorin along side Ubuntu, worked like a charm. Sadly, no such option in Pop!

Pop!_OS does not support dual booting directly. It uses systemd-boot and os-prober is disabled by default. I had to manually add a boot menu entry and increase the boot countdown in order to dual boot with Windows.

Yes, I messed up. I have Xubuntu and Zorin on their own partitions, but no way to boot to them. Pop it is now.

Looking at inxi from my Pop OS, it says the driver is amdgpu. System now shutsdown nicely. But my second GPU, the Radeon HD 6570 does not play nice when I plug the hdmi cable in, screen is lower resolution and impossible to move windows or do anything.

So I suppose I'll just let it be, now time to figure out how to bring back Ubuntu and Zorin, edit some GRUB? Or if Pop did some permanent damage, I'll just install Pop! first, then Zorin, should work.

So glad I have a spare old machine to run these fun tests.

Not giving up on Zorin, it looks promising and way more polished than my Cinnamon desktop on Debian. Only disappointment is the wifi problem I had and now GPU.

EDIT: for fun, I'm now seeing what happens when I have already Zorin, Ubuntu and Pop on their own partitions and try to reinstall Zorin. What will it do?

EDIT: No luck, Zorin found Ubuntu, but not Pop! I then installed Pop firtst and then tried to install Zorin alongside it, but Zorin did not recognize my Pop! installation. Whatever, if I want to demonstrate Ubuntu or Pop to friends, I can just boot those from USB. Now doing a fresh install of Zorin, will install the 5.17 kernel for wifi drivers, then see how much energy I have left to install amdgpu drivers...

EDIT: installing Pop! for a brief period taught me that the amdgpu proprietary drivers installed in Pop! did solve the shutdown issue, but not the weird and slow behaviour of the GPU. So either my GPU is really broken, or for some weird reason even the properly installed proprietary drivers don't work.

So I'm giving up on installing AMD drivers for Zorin, thank you all for your help and support, awesome forum ,love you guys!

Also noticed that the Zorin installer is way slower than Pop!'s. Also Pop! is not available in my native toungue Finnish, so it is something I can't recommend for friends yet. Let's see how things go with Zorin from now on. If it is stable enough, I might keep it 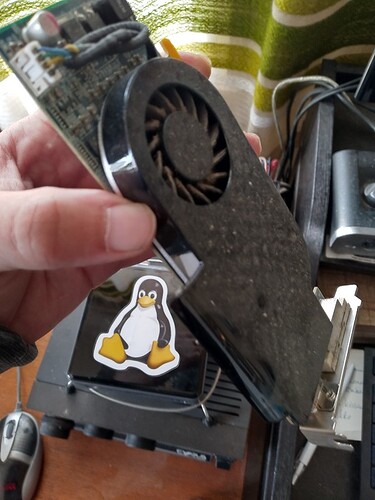 Removed the troublesome GPU. That solved the GPU issue for me. Will continue about the shutdown issue in the other thread.