Any interest in this type of icons for Zorin?

I don't think it's made before, so I came up with icons that fit the rest of the color of the panel, to streamline the feeling. Please let me know if someone else have done such a work. There's no need to do the same work twice

It's basically based on Papirus. 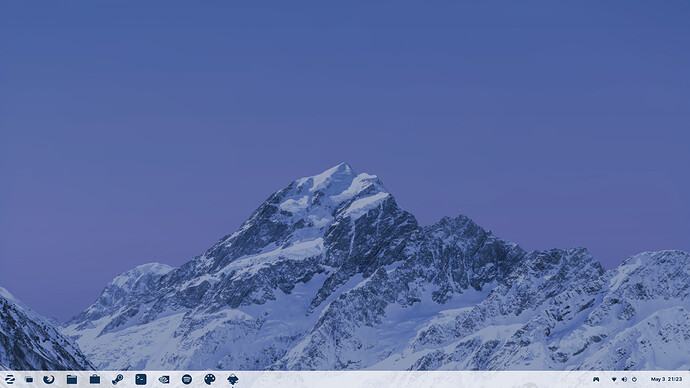 Taking your desktop and making it your Own is the hallmark of FOSS. 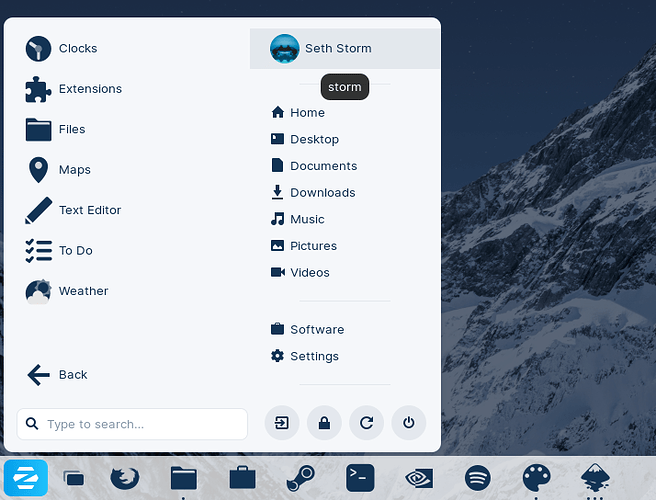 Are you considering uploading the set (e.g. Pling.com) and making them available for download?

Ohhhh boy, Zorin team is gonna have to hire you guys to be the official themers of Zorin OS. You guys got some skills!

That was the plan. I think I can have an alpha release up in a week which contains the basics/default app icons in Zorin. So don't expect an icon for some obscure app (yet

I've been up all night to get it finished for early testing. The default apps are done, plus the categories is nearly completed. Later I'll upload it to my githhub site. Now I need some sleep. 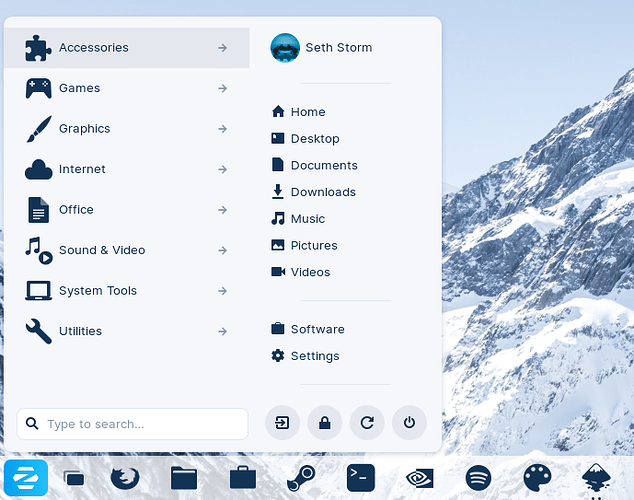 It's now on Github and also downloadable from Pling: Shade of Z - pling.com

damn, this is so cool.. We want more

If you have some apps you wish I have to add, please list them.

What do people think if the folders looks like this?

That looks even cooler IMO! I am using POP OS 20.10, apparently Gnome edition using shell version 3.38, wish there was somebody who could do icons for it. The default POP OS icons are not the best, and most certainly could be improved.

As far as the theme package, I am currently using Aravisian's Azenis theme, but it doesn't include the icons for gnome. And let me tell you something I had to painfully learn, don't try to switch to icons made for XFCE, in gnome.

Cause as soon as you do, it will break your system, totally hijack it, keeping all functionality away from you. And its so bad, that you have to boot into recovery mode, open Nautilus as root, and then remove the icons folder from there.

So ya, word of advice people, if you install an icons pack, make absolutely sure that the icons your installing, are for Gnome, before you activate it via Tweak tool lol.

Umm... pretty much all of this is inaccurate. The theme set I made is for Gnome. And XFCE. And KDE. They can be used across distros and across Desktop Environments.
The Icon theme you helped me test that fouled your Gnome System Includes the Gnome icons- but Entirely My Fault - bore an error in the Index.theme that I corrected immediately upon getting your message that your system balked.

The reason that your system appeared hijacked, (not allowing you access) was not because it was hijacked but because it was trying to load size 256px icons as your Action Icons in the toolbar - which crashed it. It had nothing whatsoever to do with "for Gnome" or "for xfce"...
Which clearly is the case since Zorin 16 Lite is not released and I installed Zorin 16 Core- Gnome...
Again, I explained this all to you at the time... It was a testing set... And was immediately fixed. it is the same set I am using right now (improved, built up and added upon, as well.)
And the icon sets I make include the basics needed for XFCE, Gnome and KDE and can be used elsewhere as well. They include icons specific for the main Desktops as well as Cinnamon, Budgie, LXDE and the appropriate symlinks, as well.

Well, sometimes its easy to forget things, and I seem to be forgetting things the older I get. However, regarding that one specific matter, I was never going to mention that, out of respect for you. But it is what it is.

Still though, it would be great to get more themers for gnome. Of course, as we've discussed, that will work until Cononical breaks themes again, and they have to be redone. But I am guessing there are some who have the patience for it, I know I wouldn't lol.

Even the Azenis theme isn't perfect on POP OS. It likes to cover up the on/off toggle buttons in settings apps and even in the Gnome tweak tool itself. I have to switch them back to POP to see them, then back to Azenis when I am done lol.

But you can tell I really like Aravisian's Azenis though, its the reason I stick with it. Let me show you perfect examples. 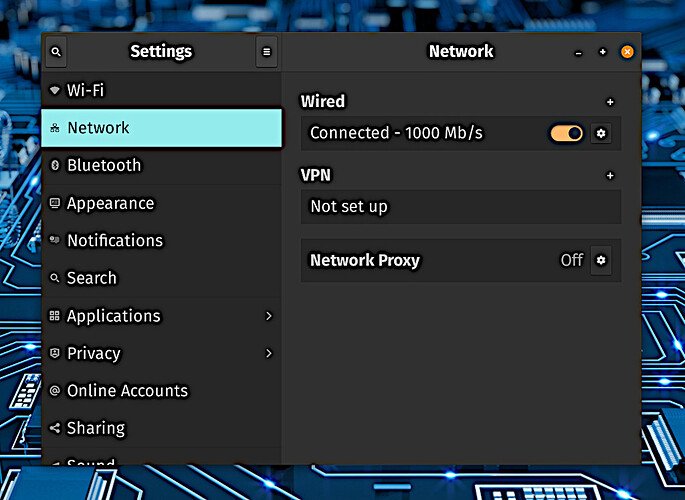 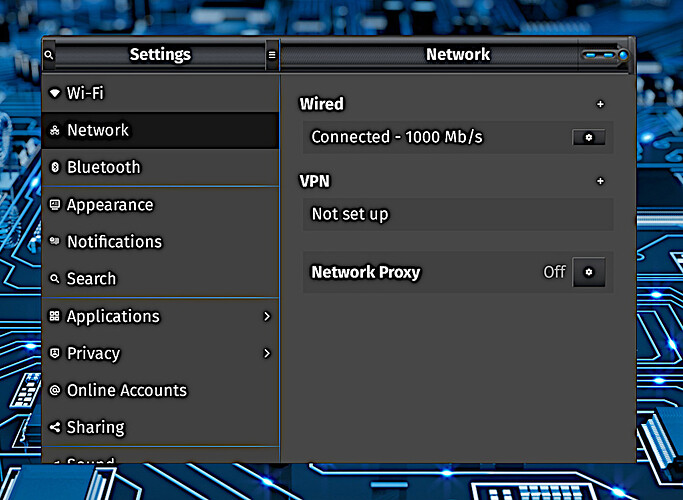 Because- as we have already discussed

However, regarding that one specific matter, I was never going to mention that, out of respect for you. But it is what it is.

I quote you mentioning me out of a Lack of Respect:

As far as the theme package, I am currently using Aravisian's Azenis theme, but it doesn't include the icons for gnome.

None of the above is true in any way whatsoever.
What it it is that you are using the Wrong Build on your system, then telling people my build doesn't work. That is on you.
Let me show you the Proper Build of Azenis ON GNOME DESKTOP. It looks nothing like yours because as we have repeatedly discussed- You are using a Preliminary build that was for 3.18. 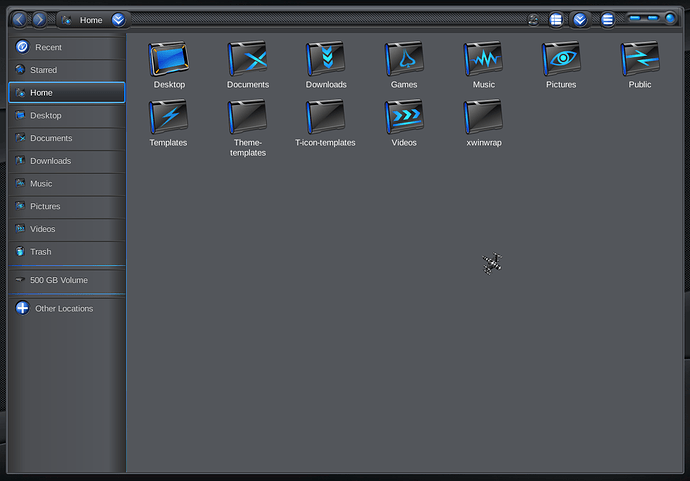 As you can see - it looks absolutely nothing like what you posted.
It is true that I trusted you in asking you to help me to TEST some preliminary builds in order to suss out some details and find things I may not see on my own system.
That trust was clearly utterly misplaced as you repeatedly continue to promote false claims and poor screenshots from an early and incomplete build or a totally incompatible build that in no way you can claim "you forgot".
The Azenis2021 theme works perfectly on POP_OS! as tested by myself and others. YOU just repeatedly REFUSE to install the actual Theme and keep using a Half-theme that was only for a different build and used only for testing. ONLY for TESTING. That is 100% on YOU.

Please Remove all aspects of any theme I have ever created from your system and cease using them to trash talk my work from this day forward.

Dude, I am simply using the theme package you sent me. And I am using POP OS 20.10, which you can download from their website. I guess I am your next target, first Harvey now me. OK fine, friendship over. I am done, done with this site, done with everyone.

Sorry I ever devoted my time in helping you with anything. I have now ripped your theme from my system, and I won't be dealing with you ever again. I am not the only one getting sick and tired of your BS.

Any observer can plainly see exactly where the BS is coming from here.

Jar your Memory: Remember how you told me you did not like the Actual Completed theme because I changed the background to "less dark" and so you refused to use the actual completed theme saying you liked the old test build better even though it doesn't work
NOW you want to claim it is "only the theme I sent you?" I can post the emails trooper.

Storm: Apologies; your thread has been degraded by an unexpected side argument. I will see if the Moderator is willing to help clean it up.

For the time that the record stands - for Clarity:

The images StarTrekker Posted are highly misleading; along with the claims he made about them.
The Azenis2021 theme is not broken on POP_OS! nor on Zorin.
This is a very big deal. In posting such inaccuracies about the icons -mine specifically, which needed correction, he opted to then attack the theme.
The build he referred to is a Test Build - that is not publicly released. When I offered a later working model, StarTrekker stated he preferred the color scheme of the Non-working Test Build referred to above and stated that he switches to the system theme on occasion to access any non-working buttons from the test build. He actually said this. To then post screenshots, leading the reader to believe that was an actual theme and claim it Broken as he did was utterly contrary to the actual events and the actual product. He knew this.
In this, he broke developer trust.
I can only repeat that is a very big deal. Accepting a known -not-yet-working model; then posting damaging commentary about these models as if they were publicly released working models is indescribable. I asked him, in trust, to Help Me To Test Them and facets of them.

Currently, I am in the process of designing, building and funding a Website for the purpose of promoting theming, including my own.

To have StarTrekker, prior to any release, Publicly Declare them to "hijack systems" (False), "be broken" (False), "not work on many systems" (Still false) on preliminary test models is so far out of line as to be utterly unthinkable. To attempt to try to "prove his point" by posting screenshots of a preliminary model in spite of having refused a later working model - is highly misleading, disingenuous and very damaging to my project that Is currently Not Publicly Released. He Knew this. He Refused a later working model.
Breaking trust like that in such a manner is mind boggling.