I really want to switch to Zorin OS but I find 16.1 too outdated.
Any news about the upcoming release of 16.2? Shouldn't it be released already?
No updates or news about it

You know what, I accidentally discovered that is has already been released

Yesterday, I did apt dist-upgrade and to my surprise, I found some additional icons in my lock screen that were not there before. Then I found I am on 16.2! I wasn't expecting that!

If you do the following, there is no reason why you shouldn't wind up on Zorin 16.2. Or maybe I just got lucky

**BACKUP FIRST! If you use Timeshift, take a fresh snapshot

Open a terminal and run:

And just in case anyone thinks I am going mad (which I did)... 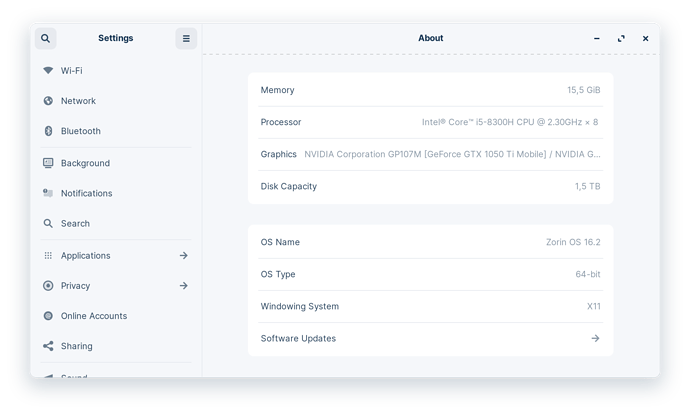 I just found out that my install has upgraded to 16.2 automatically.

Haha you guys are fast (and awesome)!

That's my concern, why do I need to work so hard to find some clues when the version will be released, what it will contain etc...

what is new in it?

I can see added icons in my lock/login screen which is when I first noticed something was different. You can toggle accessibility options but Wifi/sound is status only and not configurable (which makes perfect sense as the user hasn't logged in yet). 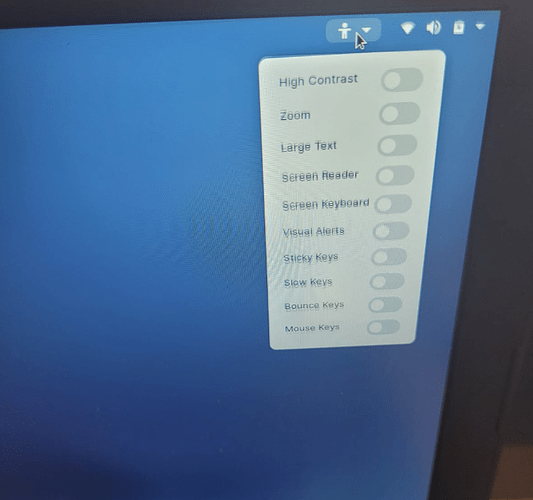 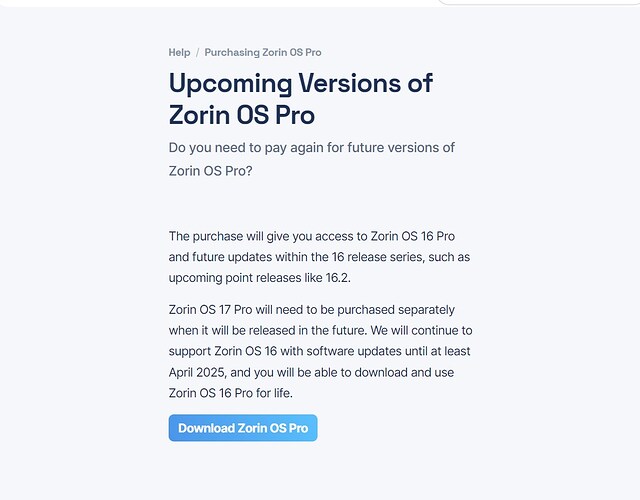 Well it's quite clear their PA is lacking in standard. None of us here know what's going on. The OP posted asking when 16.2 would be released. I just happened to be messing about trying to get a Targus dock working and next thing I knew I was on 16.2.

What is going on Zorin people?

I am grateful that I am old and do not have to concern myself with having an outdated 16.1 Pro instead of 16.2.

A "dot release" or "point release" is for minor stuff. The "major" release is what is used for big features, large steps, etc.

As for Reddit....god, just like I am going to believe something on Reddit that did not come from the Zorin developers? I do recall reading a post a few days ago on the Zorin forum where the developers have stated they intend to continue development.

I may be mistaken, but my previous install of Pro picked up 16.2 this weekend I believe. My current install was on 16.1 until I did a manual update a bit ago.

I understand the angst some have over silence...but, I also know that MS and nearly any major software house seldom makes announcements about where they are heading, or if they do, the time frame will be many months ahead. Announcing features, etc. too early and not making the announced date really tends to annoy the users.

I have noticed that angst currently with Linux because there are folks that always want the latest right now. That right now often comes with a boat load of problems. Zorin is correct, in my estimation anyway, to make incremental updates and not say much about what they are doing. I purchased Zorin just for that reason and for its reasonable stability. Being cutting edge does have its problems.

It's a fairly big update that people were waiting on. Extra features/changes etc. People on this thread alone have experienced it and have no idea what's going on.

We still don't. I'm a massive Zorin fan but they've really dropped the ball here. What is going on? We have no idea!

I am grateful that I am old and do not have to concern myself with having an outdated 16.1 Pro instead of 16.2.

A "dot release" or "point release" is for minor stuff. The "major" release is what is used for big features, large steps, etc.

A Release would be the difference between Zorin OS 15 and Zorin OS 16.
Point releases can contain patches, minor fixes and other things. It acts more as a marker, of how much time has passed between a series of updates. This gives a stepping stone for a user first downloading and installing the OS.

It's a fairly big update that people were waiting on. Extra features/changes etc.

Well... Can I ask what your expectations are based on?

I actually agree that a RoadMap for Zorin OS would be a good idea and if you search the forums, you will find where I advocated this... rather sharply.
But the reality is that the ZorinGroup consists of two developers handling Zorin OS Core, Pro, Lite, Education, all editions - as well as the development of new features like Zorin Grid.
They handle the Pro Installation Direct Support.
I know how it feels to have your workflow interrupted to stop to troubleshoot - so I can sympathize heavily with that one.

There is a certain benefit, as well, to releasing without input, then reading the feedback it produces.
With a road map, you can post your intentions for the next point release or release; only to have the users break into arguments over the plan. This can cause you to second-guess the plan to the point of being late on release.

Building rapport with your supportive base is important though. And I think the ZorinGroup could be a bit more talkative.

All good points. A road map would be very nice indeed and gives one something to hope for. Maybe at my old age I am just mellowed out after spending years on the cutting edge of tech going from analog to digital to fiber to wireless. About 43 years of it I suppose. Probably does not help that I programmed in the early years and have also spent years dealing with programmers. I tend to understand the "grind" and am patient with them.

For me this is good brothers working behind and undercover. Why? To not be eaten from commercial or another forums people. We know how arch people liked someone who using ubuntu or another distributions. Just wait and staying patient.
Did your Zorin 16.1 working not good? If working ok why something change. Example nvidia selling many graphic card but most best cards they selling after 4 years one good product.
Yes still coming new distributions like a mushrooms after a rain. I understandable most Zorin and staying with them because a beginning start from linux Zorin distributions and first cd plate what i ordered.

We know how arch people liked someone who using ubuntu or another distributions.

This is true...
We really seek to avoid that elitism on this board.

Just speculation around the forums etc.

A little bit more transparency between Devs and Userbase would surely be a good thing, as does a roadmap.

People believe in Jesus he comes back or another religion.
We are the same point we must believe it comes and when it comes we never know but we know it comes.
I know we live now in huge technology update every day what you can reading anywhere. That is commercial to selling people are product is better what before. Really? I have old pc from 2015 and internet is faster - no. Games are faster - no. Something change - not really. Did you have the same feelings?
We can taken some interesting topic how technology updates to change a world better?