Back to old PC

I don't talking about linux because the problems is with GPU. Still have problems and going that way. MSI - motherboard. Power Supply Corsair. RAM G.Skill
I can sayed haha and it could be possible if I have opened to many things on Desktop it could be crash. I sayed when opening a Google Chrome system crash. I wondering if this PC reading in my mind. I opened Google Chrome and blue screen and dump system. Brave is better using TOR.

I tried some days only with 1 hard disk or 2 hard disk and the same problem.
In this old PC I don't have a problems. I don't know this is old PC and this GPU i propably cannot use in this old PC to check if this is that problem.

Your history remind me when I order my first PC from shop what was poor design made in China. My Graphic Card was very hot you can grilling steak on them.
Send the PC back to shop and then changed a power supply for Chieftec.
I can offline a two big NAS then i will plug in only ssd and 2 x 2.5 hdd.
I have some picture when yesterday using a PC. 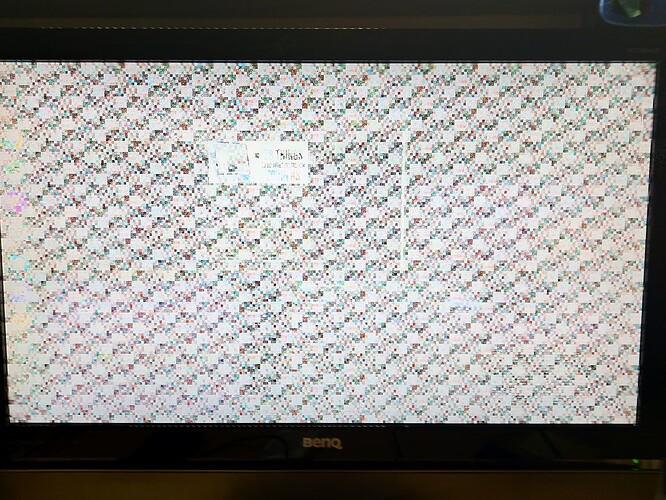 Example a problem with my GPU.

Don't you have any spare GPU to test this machine with?
If that solve the problem it is definitely the GPU.

Apart from the power surge, other possible cause of damaged electronics is an excessive heat.

I have fly engine fan on processor and Noctua Fan.
When I don't using a games my graphic card is cold and fans are stopped. I also in my GPU test stress benchmark and passed all. It must be problem with some software some programs. Why? Example when playing a Warframe never crashed. 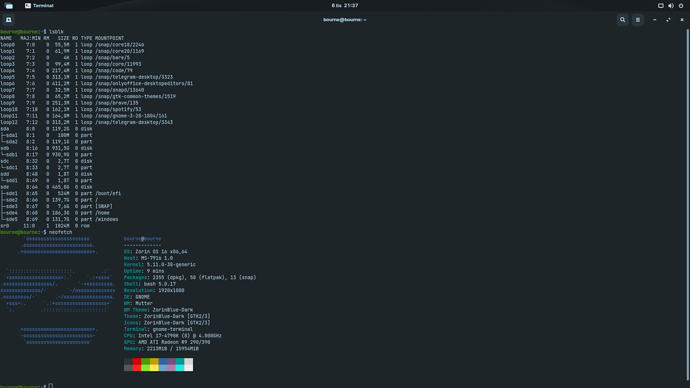 I think gamers on this forum might have a better idea than myself.
I have NVidia card just because that what I needed for running Hackintosh. My next built will have an integrated GPU since I am planning to run Linux only.

On this PC i can also running Hackintosh Catalina or Big Sur.
I have installation on pendrive with Clover what I remember.

Starting from Maverick, I went as far as High Sierra.
But Apple getting more and more intrusive which I could not take any more.

Luckily at around the same time the input system in Linux made a vast improvement so I came back to Linux. Input system is the only reason I went to Hackintosh due to my RSI.

I refused to buy a genuine Apple product since I saw so many of my husband's colleagues paying a high price for maintenance of their Mac.

I refuse to own any machine which I cannot service myself.

Always problem was warranty service a Monitor,battery in laptop also most important small disk. Big price for name and security also for rendering a video and production a music. Linux this years will be more practice. Why? Do you think people trash a laptop or desktop PC because someone put TMP 2.0
People seeing that price don't buying that also someone sayed it will be last version W10. Really? I tested many distribution but people can decide if want donate some operating system linux. I choose a Zorin.

Do you think people trash a laptop or desktop PC because someone put TMP 2.0

I think it's funny that they call them "Linux laptops". Sounds to like when they started selling Windows laptops. Guess it's all marketing, now people are looking for a replacement of Window 11.

When I read about the amount GB he has available, perhaps ChromeOS would be an option. It only needs aprox. 8GB.
An alternative for ChromeOS which I have installed on usb is Cloudready.

I watching this all thick laptops and chromebook with SoC processor.
Then I wondering this is for me thablet (nettbrett).

For me this old PC is like exit emergency.
I don't playing a games to much.
Last time I started more interesting a linux. 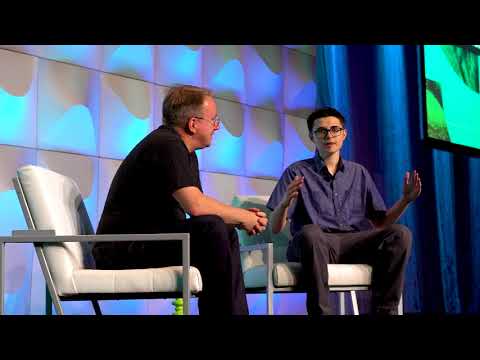 Maybe I am not to young like him but new experience with linux is a part my life.

It's nice to see how he also revolutionized his glasses when he got older.

He sayed join to Linux is a "big revolution"

@FrenchPress yes it is....but I would like to put some life in it. Ran great with XP many moons ago.

Ran great with XP many moons ago.

That reminds me of my now diseased XP machine. It had a Pentium CPU and I could cook a egg on it

I think it succumbed to its own heat.

For 32 bit CPU, you need to look for Debian based distros.
Ubuntu no longer supports 32 bit architecture.

If you could tell me how much RAM you have, I can recommend some distros I know.

Intel had to learn the lesson the hard way, that they couldn't keep up the status quo, in production of their CPU's. The way that Intel competed against AMD in the past, was by producing chips with higher frequencies that would be AMD. They continued this process well into the P4 32-bit days, and single core 64-bit days of the 2000's.

Up until the Intel Extreme chips were made, they were the ones that got the hottest of them all. And these were also the chips that spawned early days DIY janky water cooling systems that leaked, just trying to cool those CPU's! People were becoming avid overclockers by then too, pushing the limits, till they fried their chips.

So what did Intel learn to do things better? Pushing frequency just makes them hotter. So the better way, was to add cores. First it was dual core, then quad core, then hexa core, then octa core. And now there are chips that have 12-core, 16-core 24-core, 32-core, its crazy!

When you add more cores, it allows the chip to handle parallel multi-tasking operations. This speeds up response time, allowing information to be handled more efficiently. Which in turn makes CPU's more efficient. Which allows you to drop temps, which equals extended chip life.

Gaming is generally what really pushes the frequencies. But for the longest time, games wouldn't utilize more then 1-core. It literally took 6-years before games started using like dual core, and another couple years before they started using 4-cores - 6-cores.

This is why in modern day, they say the sweet spot for gaming notebooks is 6-core CPU's. However, for the hardcore gamer, gotta go for the 8-core.

Up until the Intel Extreme chips were made, they were the ones that got the hottest of them all.

Actually I have a pre-Ryzen CPU in my submachine.
It is AMD FX8350 Black edition 8 core 4.0 GHz.
Be earnest with you, I'd rather not switch that one one on a hot summer day