Right click context menu is not working in zorin os 16. you already know when you right click on your desktop and the menu pops up

its not working anywhere on desktop or on taskbar, not in files.

Have you got a Menu key on your keyboard? If you press that does the context menu appear? 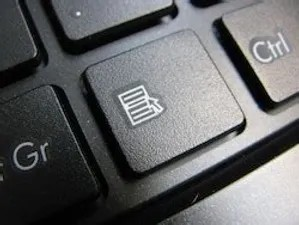 I see you liked my post. If the menu key makes the context menu show, this suggests an issue with your mouse/touchpad.

I'm watching this post carefully as I'm sure you read all my dribble on problems with my right context menu also .... right now I'm running a wired mouse instead of my wireless ..... so we will see .... if that works

I don't see a menu key on either of my keyboards but if I choose ALT & F2 and type r in the box that pops up it will temporarily solve the problem but then it comes back ....

i think u have problem in ur r-click mouse , try keyborad as swarfendor437 mentioned that.
also may that happen in desktop if u set the type icon of desktop as none or minimized applications icon, u can reach desktop settings from zorin menu and type desktop, and go to icon tab=> icon type=>file/launcher icons

Have you done a mouse test from: Zorin>Settings>Mouse and Trackpad 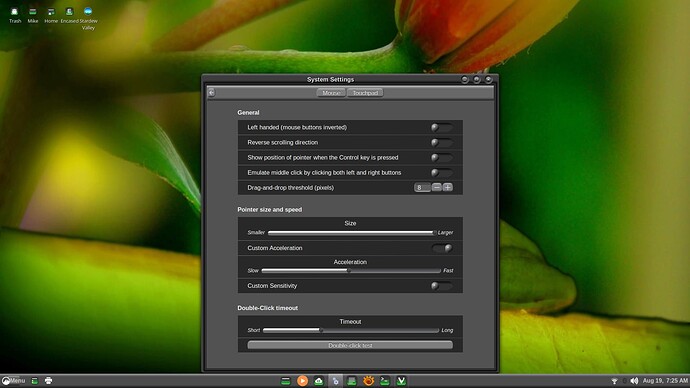 Maybe not mouse then if keyboard function is also affected.
I just did a bit of a websearch on "right click context menu missing ubuntu 20.04".
One result mentioned Theme may be the issue and suggested trying default Theme.
Also, do you have another DE, other than Cinnamon, that you could boot to do a context menu test.

Just seen your other post: Zorin Back-Up Info Needed - #32 by Frog
If you are now back on Gnome, is the problem still there or gone?

I have noticed a big difference ..... but needs more testing .... one thing is for sure when I split my to show 2 separate windows I no longer find that the very top right hand menu that has the trash can .... minimize .... enlarge and close icons is no longer missing .... this also was intermittent acting when I was using Cinnamon .... 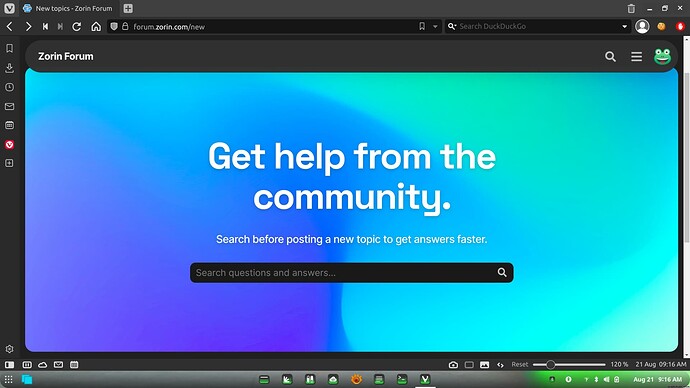 I just did a bit of a websearch on "right click context menu missing ubuntu 20.04".
One result mentioned Theme may be the issue and suggested trying default Theme.

We are on the same page ..... yes I read an article about that that said try a new DE so that is why I went back to Gnome .... I also have Xfce installed but I can't get my head around it long enough to give it a fair trial ..... I hate those long main menu lists that I have to squint and still can't see them .... I'm sure there is a way to eliminate that but I don't know where to find it ....

Was having a real problem last night trying to answer to this thread ..... it wouldn't allow me to post or reply and it wouldn't save anything I typed .... just deleted them .... oh well ....

Yesterday the mouse problem reared it's ugly ugly head twice all day so that isn't bad
....... now I'm trying to see if there is a pattern .... seems to occur when I go to full screen like when viewing a picture on the web and you want to remove the top and bottom bars ..... at least on Gnome that is what it seemed ..... on Cinnamon it occurred a lot even when like I tried to correct the spell of a word while typing ....

The only problem I'm having here on Gnome is my gaming .... all my games were transferred over from Cinnamon but when trying to open them (Steam playing-off-line) it was opening them in a terminal but not the one I use all the time .... if that makes sense ..... and the game had lagging between scenes like you wouldn't believe .... so I went back on Cinnamon and they played just fine ....

So for now I'm gonna stay on Gnome unless the problem with the mouse gets worse ......

If anyone knows how I can increase the main menu size in Xfce or change it so I can see it I would give that DE another try .... the layout just seems awful .... to me anyway .....

OK I answered my own question about Xfce and am happily over there customizing the DE ..... got the size kinda figured out so at least I can see it .... a lot more choices with the mouse so we'll see what happens ....

I am happy to announce that I think I have found the solution to my Right Content Menu disappearing every now and then ..... I have been on Xfce for about 3 days now and change my mouse to a plain old 2 button wired Vortex mouse ..... as this mouse has in it's Right Content Menu a back .... forward and reload selection that menu has gotten a real work-out due to me trying to get the Plank Panel to adapt to my liking but it still stinks and no where on the web can I find a solution to my problem ....

But that maybe a topic for another thread as I am marking this one SOLVED ..... TGIF ...

It is there. Just tap on "..." under the post you wish to mark as Solved and the

Solution flag should appear. If not, tell me which post and I will set it for you. Zab.

I clicked on the ... below the post and nothing showed up allowing me to solve the issue .... thanks zabadabadoo .... can't take a screen shot because that feature is screwed up on my Xfce Plank Panel .... gotta work on that today .....

I set your post #13 as Solution. Trust that is right one.

Actually its really fault ib the keyboard thanks