I had dummy output when I install OS16 last week for fun. Had sound in live boot. I then uninstalled it.

I reinstalled it using another ISO download two days ago and had sound for two days. Had other issues and had to reinstall with anotehr ISO download last night.

I just lost my sound too and says dummy output.

I reinstalled it using another ISO download two days ago and had sound for two days.

It sounds like your sounds system expires 48 hours after the OS installation.
That is a new phenomenon I've never experienced before.

Do you remember anything took place within this 48 hours?

I was installing Wine 6.01 by terminal. The uninstalled Wine 5.02-zorin2. Lost my sound sometime after that. LOL.

You know what. I also followed the stuff you guys recommended to install in this thread, after the stuff I did. Then fully shutdown instead of rebooting. Turned back on and went into advance boot and selected the first option: 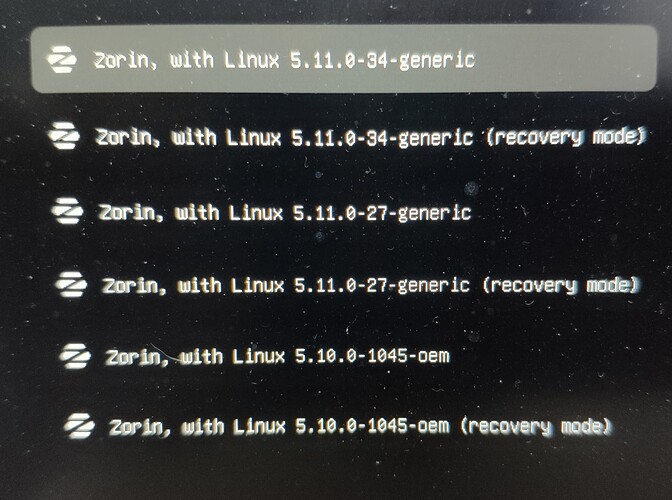 Got the sound back after logging in. I just rebooted and sound remains.

I hope it doesn't go out again in another 48 hours.

Then fully shutdown instead of rebooting.

Sometime, the system needs so called "Cold booting" which means complete shutdown before next booting. Especially after the driver installation, Cold booting is often required.

Rebooting is equivalent to "Warm booting" which means some data are kept on RAM to save time for the next boot.

I hope it does go out again in another 48 hours.

We will see.
If you need further assistance, by all means come back here for more help

Thanks in advance. I need to stop tinkering with my system. I have a mid-module live assessment on Monday. I should prepare for that instead.

Oh boy. I lost sound again after my laptop came back from last night's sleep.

I had to reboot. This is annoying.

I lost sound again after my laptop came back from last night's sleep.

It sounds like a Sleep mode causing this loss of sound issue.
Can you check if "suspend" causes the same problem?

I have my power button to suspend. Just tried it and didn't lose sound. But, I also removed the Dell 0.1 Ubuntu 14.04 driver I installed a few days ago before testing suspend. Not sure if it did anything. But, I notice it now lists my both audio devices as Intel HMA now. For a while, one of them was listed as Realtek something.

Dell driver for Ubuntu?
What is it?

But, I also removed the Dell 0.1 Ubuntu 14.04 driver I installed a few days ago before testing suspend. Not sure if it did anything.

I had a look at the content of this driver pack.
There is one audio related driver:
oem-audio-hda-daily-dkms_0.2+ALC3263_all.deb

I wonder if this driver might help. The only problem I could see is that it is quite old from 2014 and it is for the older version of Ubuntu, 14.04 to be precise.

That's the one I installed two days ago and just removed.

That's the one I installed two days ago and just removed.

Did it make any difference?

Lost sound after laptop came out of sleep.

But for now without the Dell driver and back to Zorin ones, seems fine.

Now it seems a bit over my head.
Since you have purchased a Pro version, you could ask for installation help directly from Zorin group. It might take some time for them to reply you, but they will look into the case for sure.

I'll see how it is in a few more days. I'll email them if I lose the sound again in two days.

You know what this reminds me of? Its an issue I've had with Linux for years, that has never been resolved. And I think all more then likely the issue is caused, due to hardware entering sleep mode, basically what FrenchPress said.

However, I can expand upon that. A new law went into effect, that more and more states throughout our country have been adopting in the US. All computers sold from 2018 and on, which also includes monitors BTW, have to meet power consumption standards while idle.

This means, that when your computer is completely idle, and its not being used to do anything, it must consume much less power, then computer's used to, back in the old days. So what is the issue that I have had, that I think is very much related to the issue you are having you ask?

It forced me to have to restart the computer, in order to get a signal back to the TV, and its a really fricking annoying thing, especially since my Corsair K95 keyboard doesn't properly load in to the OS usually first time, and I have to do another fricking reboot, to get the darn keyboard to fire up with teh computer properly.

Yeah, I know, another issue. But I think these problems stem from the same thing. Its all because of these new power consumption related standards. Hey, I am all for computers consuming less power on our power grid, and going for a more GREEN approach.

But I what I don't like, is having to do unnecessary reboots, just so I can use my computer again, thats total BS. But what other choice do I have? There is no working solution to any of these issues.

It kinda sounds like it could be related. I heard some Dell system were banned in US states for being too power hungry. 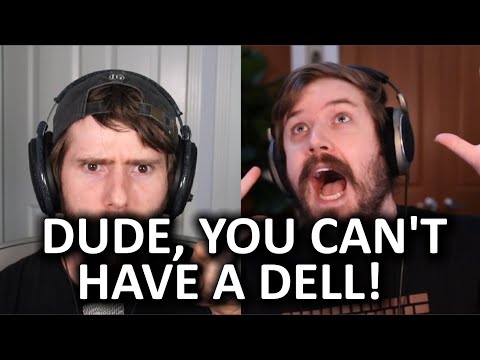 But, my laptop is old as I bought it in January 2015 in Hong Kong. I wonder whether the Linux kernel 5.11.0-34 is kicking in the power saving you described when my lid was closed. The OS don't detect the "sound card" anymore until next reboot. 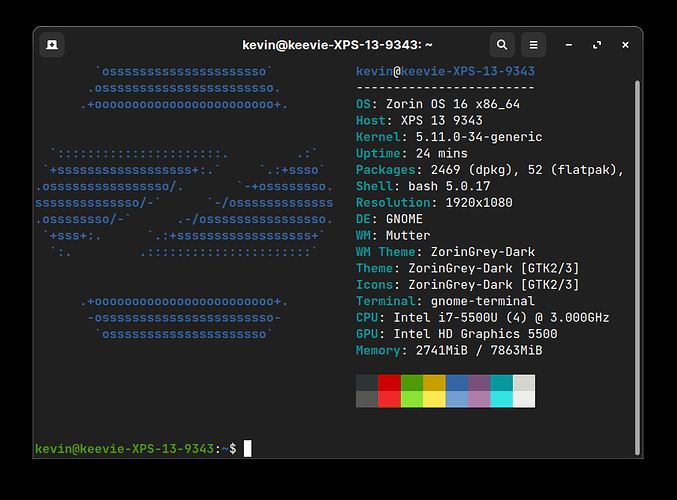 Well, specifically, it was Dell computers that were banned in certain states, that didn't meet the power specifications while at idle. What is really going to bake your noodle is, Dell actually knew about the new power requirements that were going into law, before they released their latest models.

So the real question we should be asking Dell is, so if you knew about the new power requirements, then why didn't your latest computers meet certifications? Quick answer, Dell didn't care, just like they never have.

I remember when Dell computers were literally catching on fire 21 years ago. It wasn't Dude, your getting a Dell, it was Dude, your getting Screwed! All Dell has to do, is make their machine meet the power requirements when at idle, then they can be sold.

it was Dell computers that were banned in certain states, that didn't meet the power specifications while at idle.

That reminds me of the notorious "white list" by HP for their WiFi module.

My HP mini (purchased in Japan) got one of those and the only way to escape was flashing it with an unofficial mod BIOS. I took a chance but of course, that is not for everyone.