Nvidia released a beta driver yesterday. Kernel 2.6.32 is out of support and the driver requires kernel 3.10 or up. The good thing is most linux distro's use a much higher version so there is nothing to worry about.

Well, that tears it. Now what am I going to do?

<Dances around the room throwing hands up>
Celebrate!

Funny people you guys are haha, just thought i share something.

Can I do that from Terminal?

Can I do that from Terminal?

@Aravisian I believe you can do almost anything from terminal. Maybe not a Linux terminal in this case though.

It doesn't take much for us lot to fork a thread, even without the aid of @FrenchPress on this particular occassion

It don't take much for me to fork a turkey either on Thanksgiving. I tell ya, baked at 350 for 8-hours, stick a fork en em, he's done. Gobble Gobble!

@StarTreker, i installed the driver on my test drive haha 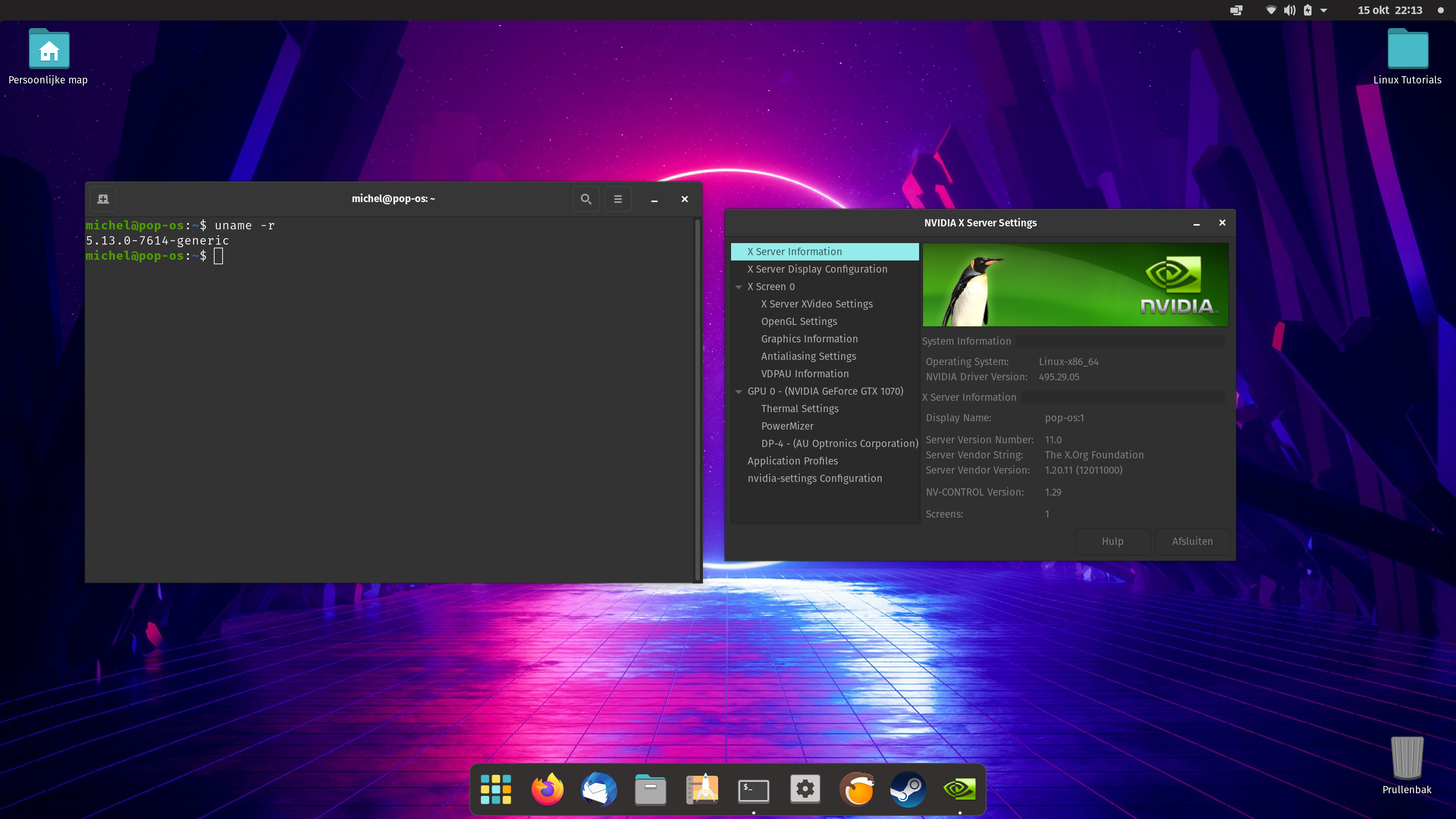 What is interesting to me, is how they totally skipped over several version numbers, 470 all the way to 492 lol. Nice to know that it is working for you though. Your going to have to test it in all your games, not just the OS though just to be sure its working without major issues.

Your going to have to test it in all your games, not just the OS though just to be sure its working without major issues.

Yeah some games indeed, first i try it on the test drive to make sure i don't have to mess with the current system. Now i am going to install it on my current system.

@Aravisian @337harvey @StarTreker, does any of you know if Zorin OS can use systemctl ? If yes then the tutorial can be modified again

does any of you know if Zorin OS can use systemctl

If i am not wrong then zorin os users can use the pop os instructions as well.

Reading the O.P. yes, it could be. No terminal commands in the O.P. are anything not applicable to Zorin OS.

Maybe i should create a new thread, with photo details as well

You could edit the O.P. if you feel the need to... The Zorin OS instructions are still applicable the same, either way.

I can't because it's editied 25 times. After the 25 edits you can't edit anymore. Maybe @AZorin or @zorink can change this limit ?