Do I need Microsoft firmware update when I use only Linux now?

I got rid of Windows 11 when I first got my computer a few months ago. Right now I only use Zorin 16 on my machine. I keep getting a Microsoft prompt to update my firmware. Call me paranoid, but I don't trust Microsoft. I'm wondering if the update would screw up my boot into Zorin?

I didn't erase the UEFI partition. The update is for that.

Microsoft has many deals with Hardware Manufacturers and it shows.
But if there is a BIOS update, you are probably better off with it than without it.
The BIOS updates do not carry any spyware that can function on Linux.
Please ensure that Secure Boot is disabled in your BIOS / EFI settings.
And you do not need TPM if using only Linux, either. 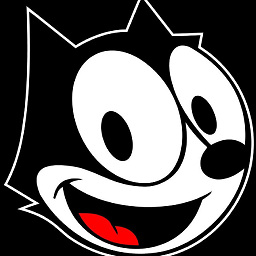 How to update the computer bios firmware without using Windows

Call me paranoid, but I don't trust Microsoft. I'm wondering if the update would screw up my boot into Zorin?

Many Users here are from the anti Microsoft division, We Understand your feelings

You can erase the partition for windows now from gparted app. You can perform BIOS updates, Because most of the modern BIOS's are sponsored or manufactured by Microsoft. You cannot ignore them. You can also run boot-repair as you have newly installed the OS.

I would suggest checking the UEFI partition first, as it may contain the Zorin OS bootloader.

Thanx y'all ! Secure boot is disabled as well as TPM. There is a flash upgrade for BIOS in the BIOS but I don't understand how it works so won't mess with it until/unless I know what I'm doing.I installed boot repair so that's handy if/when I need it. I'll do the update for the UEFI and see what happens. I'll keep you posted.

Also, ghostminator were you suggesting I erase the UEFI partition? I've already eliminated the Win11 os.

Also, ghostminator were you suggesting I erase the UEFI partition? I've already eliminated the Win11 os.

If it's empty then yes there is no problem in erasing it and freeing up you disk space.

I just checked the UEFI partition and the only thing there is Ubuntu so I think I'll keep it.

I have an Asus AMD motherboard. BIOS updates for it use USB to flash. I skipped the update that provided support for Windows 11 but installed the one after it!