I would like to know why my extra RAM is not being used as my Settings only shows 3.3 GB is seen and I know there is another 4GB in my secondary slot. 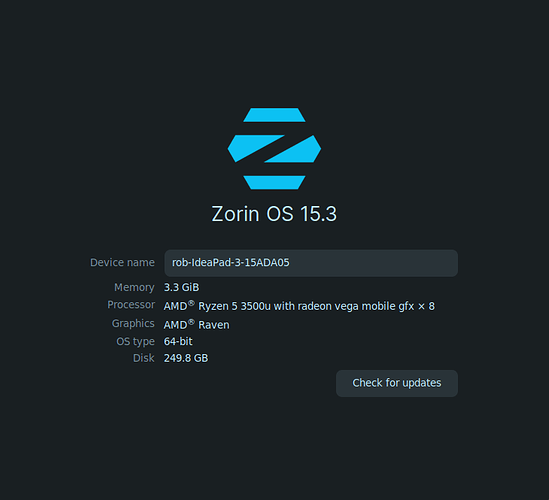 I have also done a search in the terminal and is shows up there and can be seen in the picture below. 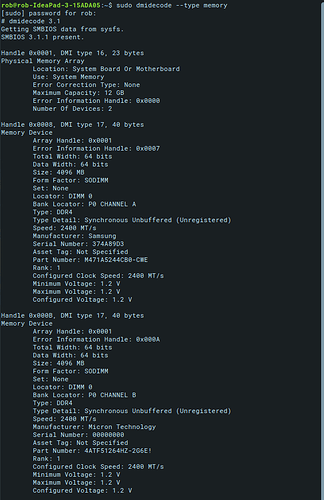 Any help is greatly appreciated.

I meant the requirements of your laptop.

yes that's what I thought you meant I have checked it myself and it is the correct speed and type for the system according to the guidelines of the manufacturer.

Is your video card an integrated?

Then it uses a portion of the RAM of your computer. Have you checked BIOS for share memeory?

OK so i understand that but my laptop has 4GB soldered onto the motherboard which is shown as only 3.3 because of that but where is the other 4GB in the added slot or am I reading it wrong ?

Ah, you added an extra 4 GB.So you wonder why it's not seing the extra one? That's a good question. I'm sure that the shared memory isn't 4 GB that would be high.

EDIT: The system clearly sees it when you running the memory command

yes the Samsung stick is the one shown in the top and the soldered on ram is shown in the second one by Micron Technology.

Maybe a bug ? As you can see it listed in terminal.

I don't think its a bug as I tried to compress some files earlier with a setting that needed just over 4GB and it couldn't do it an reverted me to a setting with just over two.

Not only that but when I use the free command in terminal it tells me I only have 3444964 total mem as seen in the below image.

What version of ZorinOs and what Kernel, I vaguely remember an issue with non detection of ram for some non matching sticks in kernel 5.10 - and was fixed for 5.11 and higher.

Also, I would reseat the ram, sometimes it sits funny will be detected and report to the firmware, but because it's seated funny when the computer goes to actually access it, the CPU can't talk to the channels so it ignores it.

There is an interesting reply at the bottom of the page and have been told this by ex work colleague that you have to be careful when choosing memory for a rig with a Ryzen Processor. Have you ever updated the BIOS?
I would also follow the advice about using memtest86 in that last post in the askubuntu thread.

I am currently running the full version of Zorin version 15.3

In regards to non matching sticks the laptop came from the manufacturer with the added 4GB memory and I only have one slot which is a DDR4 SODIMM slot and has been re-installed several times now.

Not only that but my BIOS detects it as a total of 8192 MB is shown as in picture below. 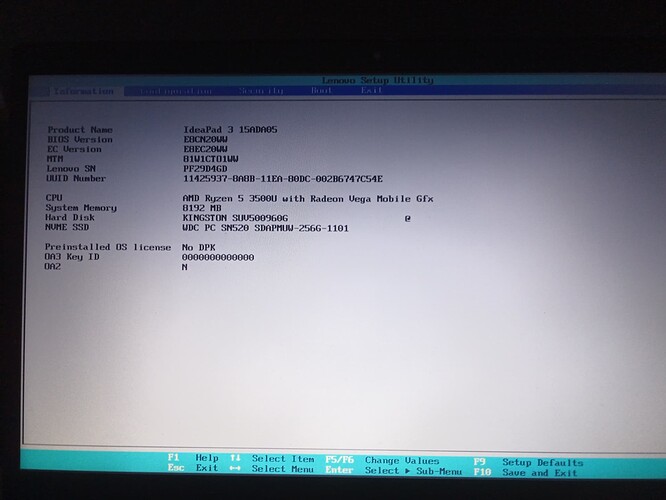 according to my BIOS it can see 8192 MB total as seen in the picture below.

I wonder if you have ZorinOS USB, does the extra RAM show up when you run "Try Zorin" ?

It is always recommended to install RAM using the same manufacturer. The way each manufacturer reports and accesses RAM is proprietary, which can cause conflicts when unpaired modules are installed.

Unseat and reseat the RAM. Ensure it is seen in the bios, then boot and check Zorin. If this does not solve your issue, you may have to return the module and purchase another from the same manufacturer. While this is not ideal, it usually resolves any issues unmatched RAM causes.