Bit more tricky on Android though.

I could not uninstall it without rooting my phone

It is still on my phone but remains inactive.

I use Firefox. Chrome never gets near my machine again.

Atm I am testing https://qutebrowser.org/
Seems nice for now, light and smooth

Firefox & Brave. Nothing else needed.

As a matter of fact, I was going to post an update here and I'm happy to see the activity.
One of my biggest problems with current Firefox is the proton UI. It's bigger than it should be, it's ugly, and distracting. Specially the tabs.

Visual Tabs – Get this Extension for 🦊 Firefox (en-US)

What this addon does is that it adds a very responsive, neat, and togglable tabs section to Firefox. It occupies the same space as the history/bookmarks tab.
What I then did was that I disabled the top tabs bar in Firefox settings. Tutorial.
So now my Firefox UI is very clean and crisp looking. I can easily toggle my tabs with a shortcut or my mouse and they are not in my way.
Here is how it looks:
Tabs shown 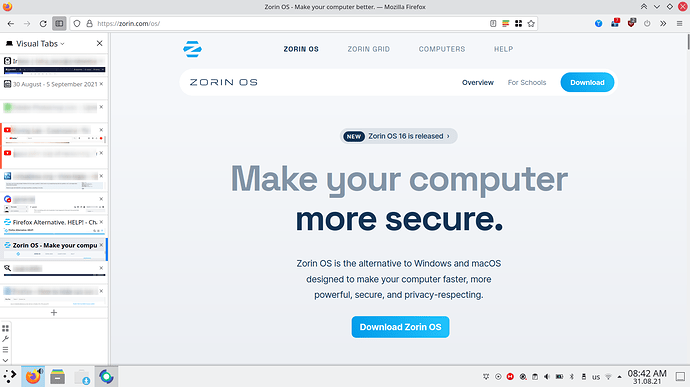 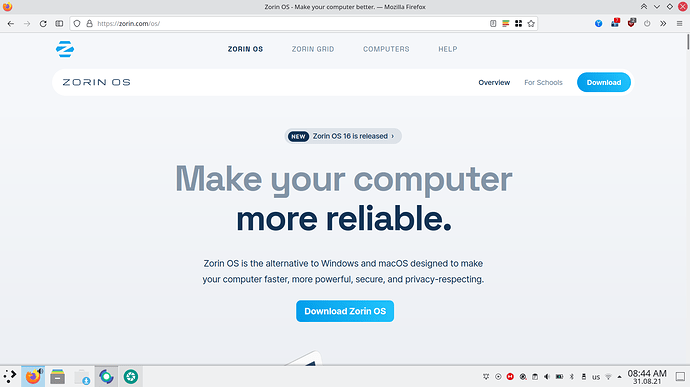 On a related note, there was a modification for a video game which hid the hud elements when they were not needed and the tagline for that mod was:

HUD when you need it, HIDE when you don't

I think that is such a great tagline and design philosophy.

These changes that I made to Firefox now make me not hate it so much nowI actually started to enjoy using it again. I hope this will be useful to you too!

Just as a curiosity... I do believe that Chromium is a fork of WebKit, created by Google.

I think this is a good thread. Indeed, I think that it is not a good situation that the Google backend has a near total monopoly.

Similar to others, I used Firefox for years and loved it. However, I abandoned it recently because of their "ethics". I actually think companies should stay out of "ethics".

I'm currently using Brave, which I generally like. As a result of this thread, I've just installed and quickly tried LibreWolf. It looks good and plays nice with my dark theme. I just have one tiny (literally tiny) gripe. The window resize grab literally seems to be 1 pixel and I'm running a 4K monitor. This makes it almost impossible to resize the window. This seems to be an issue generally with Linux apps. Anyway...

More generally, I agree with Aravisian that software needs to be paid for. Over recent years, I've come to dislike the "everything free" (with ads, spying and emotional manipulation) model. Which gets me thinking...

Well yes, I would. I think others would also, but the strategy needs to be thought out. I may pay for a limited number of services (or a couple I just want to support), but I'm going to keep the number limited. I don't like having subscriptions on bank account, especially when they can be hard to stop (I actually once had to tell my bank I had lost my debit card in order to get a subscription stopped). The model, more generally, will be tough when there are a plethora of "free" alternatives.

I see things developing, however, with people becoming willing to pay/support youtubers and crowdfund. But this only works because people perceive a "need" to support them because they are underlyingly unhappy with the status-quo.

This goes off topic, but perhaps in the future, a paid version of Zorin could bundle online services, such as online backup. This needs to be crafted, so as not to be pushed in your face if they are unwanted and should not be "opt-in" by default. When I "opt-in", it should be a positive choice. I feel very negative when I have to "opt-out".

In the meantime, I'm running Pop OS and Fedora because I don't like the trend in Windows. I'm currently trying to install Zorin as well. If I switch to it as my primary OS, I'll be making a contribution because I like what you guys as doing.

I'm a Brave user as well as Firefox. And after a recent Brave update was pi55ed due to when going to different websites (sling.com for example) I was not getting the sign in menu as well of a lot of the other info on the main pages. Luckily "Shields down for this site" resolved the issue. Never had to do that prior. I'm sure Firefox learned the lesson. Everyone is entitled to a mistake.
It's how they learn.

I think we nessery never lose yourself

I use Brave primarily with Firefox as reserve. I like Brave because it blocks all ads out of the Box. But I don't wholly trust Brave and I'm not super interested in their crypto-ad scheme.

I tried out Dissenter a while back which strips out Brave's specific features but adds their own comment feature (I think it's clever but don't use it).

I also tried out LibreWolf as a result of this thread. However, the "Master Password", oops Primary Password, feature looks broken. The moment you click on "Ask to save logins...", it becomes disabled and you can do nothing with it. 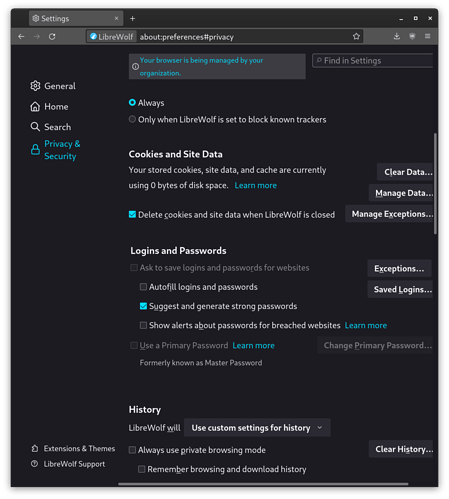 I came across this article giving details of what Mozilla has done to alienate all of their userbase. It's concise and very intriguing. I recommend reading it.

Here's Why Firefox is Seeing a Continuous Decline for Last 12 Years - It's...

Firefox is witnessing a decline in its userbase for the past 12 years. Dan expresses his views on the 'why'.

Yes, I quite firefox on mobile because they removed the home button. I used and needed that.

The renaming of "Master Password" I only saw as them pushing political ideology on me. By that time I had lost trust in Firefox and quit the desktop.

Behind it all is the entrenched arrogance. I guess that is the gripe with Gnome also.

I also tried out LibreWolf as a result of this thread. However, the "Master Password", oops Primary Password, feature looks broken. The moment you click on "Ask to save logins...", it becomes disabled and you can do nothing with it.

I had that problem too but resolved it by switching to a password manager (bitwarden/keepass). I believe librewolf intentionally disables it for privacy/security reasons. If you really want to use the password feature, you would have to edit librewolf.cfg config (try googling for it, I've never done it). I always considered using a password manager but was too lazy to switch until librewolf made me

Hi and thanks for reply.

Firefox was the only browser to offer a local save feature with encryption using a password.

I could understand LibreOffice not wanting to support the sync feature. But it seems rather a strange way to disable a feature by showing it in the settings, and when you go to click on it to then disable some options pertaining to it as you click, but not others (see screenshot above). Just looks broken to me.

In any case, yup, I also use Keepass now as a result of leaving Firefox.

Well only just learned that Firefox no longer supports ALSA. Did some delving and Firefox ESR (Extended Service Release) was still supposed to support it but that was a few versions ago! Solution? SlimJet - get it from here: https://www.slimjet.com/en/dlpage.php And I didn't even have to add 'apulse' in front of the command - YouTube worked straight out of the box. My days of Firefox are now permanently GONE! Mozilla Foundation can Firefox Off! I will also be looking at removing Thunderbird to…