Google is trying to take advantage of the situation..... Meet Chrome OS Flex

Chrome OS can now be installed on any computer....I still think Linux is a better choice for users though.
Clearly, Google knows that many people are discontented with the high system requirements of Windows 11, so now they made Chrome OS available for every computer. 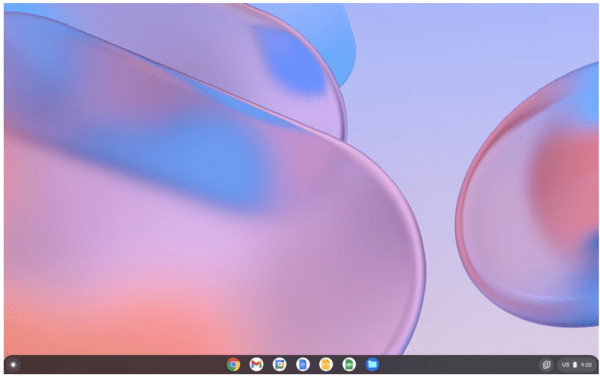 Google has launched Chrome OS Flex, a new way of turning your older PC into a Chromebook running Chrome OS. It's a free way of recycling an old PC, though it comes with a number of caveats. 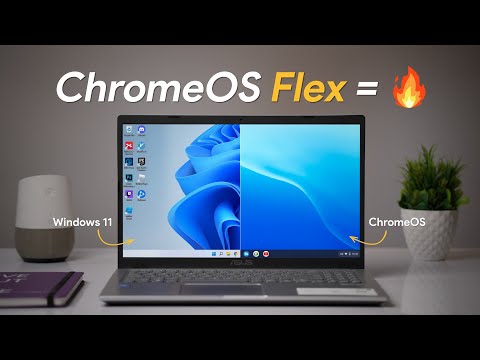 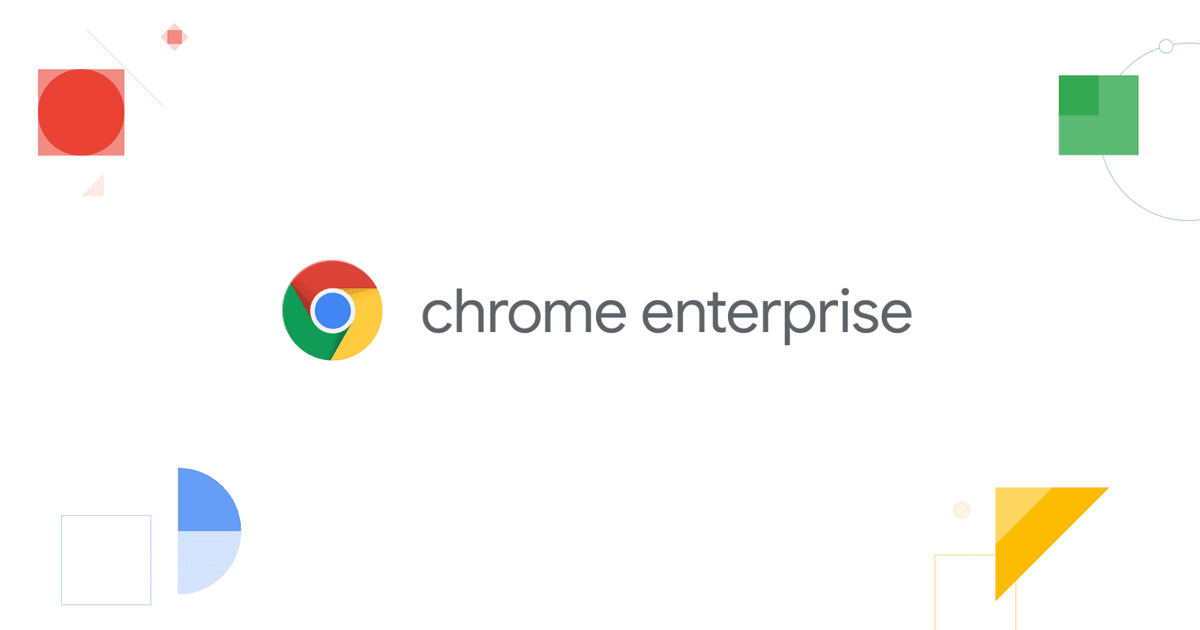 Get Chrome OS Flex for PC or Mac - Chrome Enterprise

Install Chrome OS Flex now on your existing hardware and experience the benefits of Chrome OS on your organization's current fleet of PCs or Macs.

It really seems Windows forgot that their competition is growing. They felt too confident in their market share.
It is still very strong... But their rather over-confident tone may affect it more than the efforts of any competing Operating System does.

Whenever an OS starts blocking or removing User Configuration, the alarms blare in my head. The motives are Clear.

I made the thumb drive. Very, very slow to boot and usually wouldn't run. Later found out it had put about 10 partitions on my thumb drive which would all load when I inserted it. Had to delete them all and them create a large partition again. This is really CloudReady. Couldn't get that to run either.

I also did that with cloudready, still have it on the thumb drive. Never use it though.
But must say runs super smooth. No problems what so ever.

I also have ChromeOS (cloudready) installed on a usb (64gb) the partitions looks like this. [Screenshot from 2021-10-23 17-10-57] But when I do this it formats the usb and then installs ChromeOS. Try using gparted look if you can find the Zorin partitions, if not then I'm afraid they have been formatted. You then will have to format the partition and reinstall Zorin.

Because you mentioned it, thought I'd try it again. Downloaded their latest version of cloudready installed it to a thumb drive (same drive as before, using balena etcher - worked good).

It all works pretty good and fast but I still wonder why someone would by a pc with this, I cant do the normal tasks, installing and/or filemanagement, which I'm used to with a normal OS. If its only for the internet, it would be a waist of your money because all of this can be done with a mobile phone these days... and on your phone the apps are easier to install or too handle. 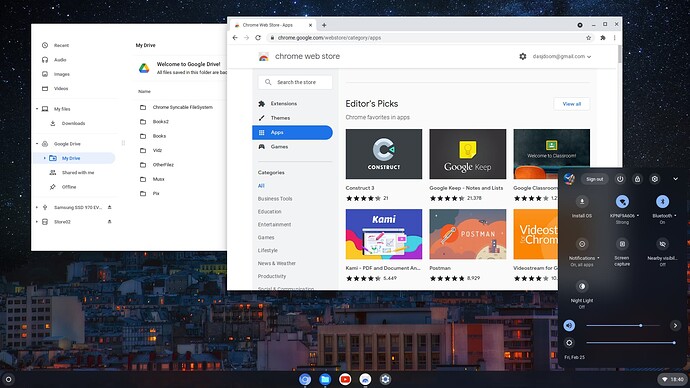 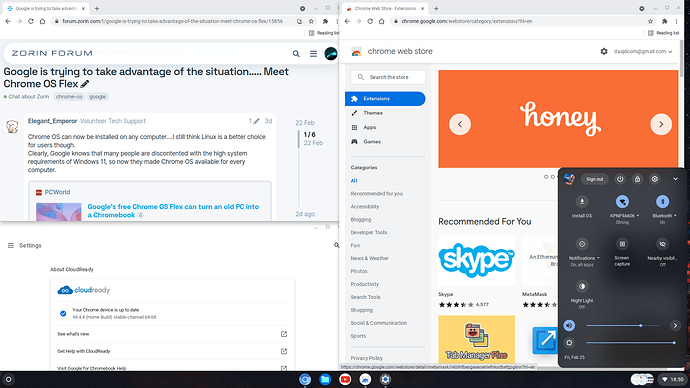 (This all posted while using cloudready)