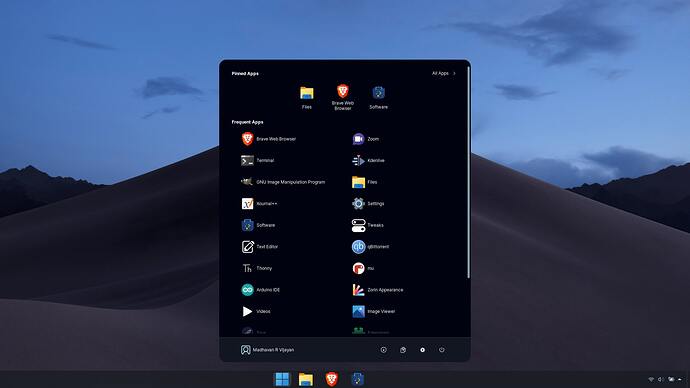 Well, I suppose you can enjoy whatever layout and theme you want to enjoy. I just have so much hate for Windows, I don't even want my system to look like it. lol

Its Microsofts way of saying, OK, we admit it, Linux is better. But we aint gonna release ours until we add all the telemetry in it to violates your civil rights, cause we prefer to use your life as a tool to make money.

I will say this though, I do like dark themes, so at least it has that going for it. I am not a fan of the layout though, is traditional so bad for Microsoft now? Kids are going to grow up today never knowing that the START menu used to be at the lower left of the taskbar lol.

Its Microsofts way of saying, OK, we admit it, Linux is better. But we aint gonna release ours until we add all the telemetry in it to violates your civil rights, cause we prefer to use your life as a tool to make money.

thats the universal truth we deserved

Kids are going to grow up today never knowing that the START menu used to be at the lower left of the taskbar lol.

yeah its like the end of an era. Unless the kids are smart and uses linux

Well, I suppose you can enjoy whatever layout and theme you want to enjoy. I just have so much hate for Windows, I don't even want my system to look like it. lol

I don't because if we don't have windows all the cold air is getting into my home. Let alone all the bugs outside

Not gonna Lie, I think Windows 11 looks very nice. I don't hate Windows because it has a lot of telemetry and stuff. I hate it when it breaks. Windows 11 shouldn't break as much.

If only Microsoft would worry more about making it work, and well, and less about the next release and million copies sold (easy 100 mill for a broken system

) Then and only then would it be worth trying to remove the telemetry and privacy violations. If they had done that, there may not have been privacy violations (one can dream). But it has occurred and i, for one, am happy with my zorin os!

Then eventually, Microsoft incorporates Linux into the core of their latest OS. LOL

That's what worries me. I never want to see Linux become to Microsoft what Linux derived Android is to Google.

Then and only then would it be worth trying to remove the telemetry and privacy violations.

Why is it that all this personal data and AI massaged metadata is so valuable to the likes of Facebook and Google?

You are the product to be packaged up and sold to their customers. 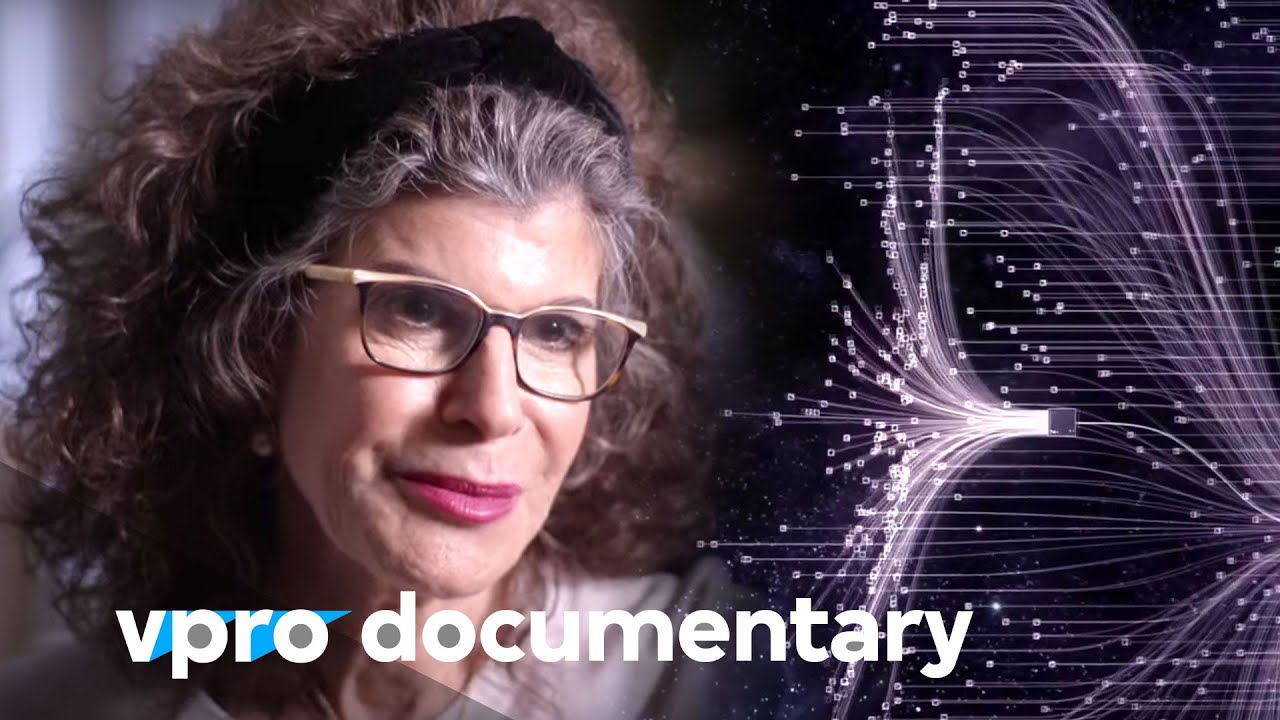 Everything you ever click on, write, watch or say on Skype or Teams (voice to text is easy now) could all go to building a profile of you: age, gender, preferences, motivations, relationships, your politics, what is happening in your life and what you are feeling.

Even if they never store what you write, it is the metadata they want.

And it need not stop at showing you ads on Windows 11. The best way to get people to buy something is get them anxious, so that they seek to relieve it by buying something (deep evolutionary reasons for this).

Windows will be a connection for Microsoft into your thoughts. And they will care about keeping you informed. And so here's a little news applet in Windows 11! Lots of dire manufactured news stories for you to "care" about and to keep you "concerned" based on your leanings. It will be like Facebook and Youtube, and it will come with ads.

Getting lots of notifications about your system running slowly or error messages (real or otherwise), then here's a little ad for a super new powerful laptop in your Windows 11 news applet a month or so later.

Notifications are currently a great way to get your attention. Mixed in with those may come more manipulative messaging. How about this of a possible example: "Microsoft care about keeping you safe. So let's come together by staying apart."

I want none of this on my computer. I want my computer to be something that is mine -- after all I bought it with money that I worked for.

I don't uniquely hate Microsoft. A lot of good people work for them and many of their products (not all) are technically good. What I hate is this insidious form of capitalism in which everything is fake and where everything is "free and virtuous" but comes with hidden costs.

Sorry madhavan. I don't think my own comment was related. I got carried away. But anyway, your layout looks good.

It's kind of worrying, don't you think? This is basically triple E 2.0. I hear my friends on Discord saying that they have stopped using Linux due to WSL.

For the uninitiated, here is the gist of the anti-competitive triple E strategy that Microsoft employed in the '90s that consisted of 3 stages:
Embrace -- in this stage, Microsoft would incorporate the competing product directly into their product lines/OS.
Extend -- in this stage, Microsoft would somehow extend/build on top of the technology that they have just "embraced".
Exterminate -- the final stage of the plan. Microsoft does its utmost to quickly kill the competing product once and for all, usually because all of a product's features are already part of whatever Microsoft wants to shove down your throat (in this case, Windows).

It was very effective at killing competition, and eventually, all of this culminated in the largest anti-trust lawsuit in history.

Yes, and if Microsoft tries to take control and ownership of open source, they will be opening themselves up to the next biggest anti-trust lawsuit in history, from the government. But I say its time to breakup Microsofts manopoly once again, I think its time, and I am tired of their BS.

I also have a seething, unstoppable hatred for Microsoft and all they stand for! Mostly, it's due to monopolies and closed-source "technologies" that they managed to cram into our daily lives.
An example of such is "secure"-boot, which doesn't contribute to security all that much, and can only be signed by Microsoft. Everyone who has obtained a secure boot cert had to pay Microsoft so that they would sign it. GRUB2 will never be signed though, because they refuse to sign anything signed with GPLv3. They say it's because they will be forced to "relinquish the private keys they used to sign it" but I think it's ■■■■■■■■, they are doing this so they can keep charging companies like Canonical for secure boot signatures. If GRUB was secure-boot signed, they wouldn't have to go through any of this BS.

Well I can tell you right now, I have a 4K 55" TV that I do computering on, and I never once felt the need to have a center dock. I like things the way they are, the traditional layout.

So glad he didn't make the stupid decision and purchase a 350,000 dollar TV that is loaded with durability issues BTW. So I imagine, if you had a TV that was 70-inches or more, you might care about a dock then maybe.

I mean, one of these days our whole walls are going to become TV's, like in Disney's Smart House from the 90's. 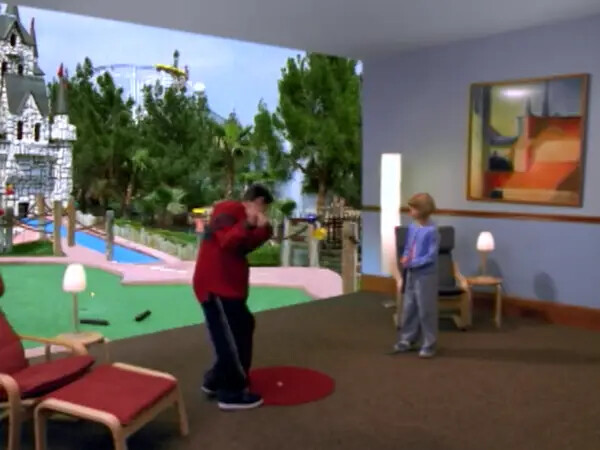 And also, because it was an old 2012 Acer notebook, there were no updated drivers that I could get from Acer for Linux either. At this time, I didn't know that drivers were packed in the Linux kernel.

But as I was saying, got tired of the endless BSOD's. So I jumped ship before support had ended, and I never wanted to go to Windows 10, that was never an option for me. So I switched to Linux.

I found Linux to be a learning curve, but in all honesty, Zorin made the learning curve easier, back when I was on OS9. OS9 wasn't a perfect system though, it had issues like the EFI partition filling up, causing a no update situation until you manually cleared it.

Zorin OS got better when OS 12 came out. They fixed that issue with the EFI partition. And I loved OS 12 so much, I saw no need to update to OS 15. I think OS 16 is the best OS version that Zorin has released to date.

Its the most functionally stable, and the most graphically beautiful. And I have literally bought every version of Zorin that I have used. They used to call them Ultimate, then now call it PRO.

I've tried Feren OS and Makulu Lindoze, neither of them are as good as Zorin, and both had memory leak issues the dev's had no interest in fixing. As long as they themselves were not suffering the memory leak issue, it didn't exist to them.

The only OS in my opinion that rivals Zorin OS is POP OS. Which is why I am running POP OS on my gaming machine, and Zorin OS on my workstation machine. How has your journey been so far Tom?

Kids are going to grow up today never knowing that the START menu used to be at the lower left of the taskbar lol.

Well, who needs the startmenu...? Its an old remnant of gone days with no more use anymore

Tom, I really want to thank you for your time, in letting me know how your journey has been with Linux and Zorin OS. It is my opinion, that you are an awesome member of our Zorin family, and I appreciate you, and all that you have contributed already thus far.

Having said that, you appear to be a regular here as according to the forum. Well, I most certainly agree with the forum, and if you don't mind me saying, I think it would be awesome if you'd stick around. I for one really enjoy your posts.

You are a very smart guy, and it was clear the moment I saw you, that you had a well developed Linux pallet. Plus, having experience with Linux in the professional sense, also gives you a unique experience over those such as myself, who use Linux in only the consumer desktop experience.

I also love Museums BTW, and if someone has one near you, go ahead and visit it, they always have something cool to see, and you can always learn something new. Me being a stellar nerd, I of course appreciate outer space themed exhibits. This is why I think Planetariums are so cool.

And as far as your museum, we all know America was industrialized by the railroad. Again, thank you for all that you have contributed thus far, and I truly hope that you continue to do so. Hey, why don't you honor yourself with a custom avatar?

You sir, are positively stellar!