Hi everyone .. I am new here and this is my first post.

I have been Windows user since its first version and before that I was using MS DOS. I was happy with Windows 10 Pro and now even happier with Windows 11 Pro.

I never tried any Linux OS before as I did not have the need to do so, and still feel that I do not need it. However Zorin OS 16 got my attention as it looks as attractive and maybe good as Windows 11. So I decided to to give it a shot on old HP laptop which I do not use anymore. Its an HP Zbook 15 G3 with specs that far exceeds the minimum requirements for Zorin (Core i7-4810MQ, NVIDIA Quadro K2100M, 32GB RAM, and 512GB SSD).

I followed the instruction in this link:

A simple step-by-step guide to help you install Zorin OS.

However when I select the "Try or Install Zorin OS" option from the Zorin OS welcome menu, I get a bunch of errors which you can see in this screenshot:

Any idea what is goin on?

It looks like a Nvidia Card error.
Can you tap the tab key or the e key at the Try Zorin Grub Menu and look for "quiet splash" in the editor. Add nomodeset to it so it looks like "quiet splash nomodeset"
Then proceed to try booting normally.

When you boot your live image media you should get four options, zorin, zorin safe graphics, zorin nvidia graphics and advanced... which option did you choose to boot into? Did you attempt any of the other options?

Where did you download your image from? You can get 16 core here, make sure to check the sha256 checksum below the os version comparison with your downloaded file to make sure its not corrupt.

and now even happier with Windows 11 Pro

You do know microsoft can see everything on your computer ? they can spy and spy and spy alot ? it was written in their eula.

Tell me, how can you be happy with a OS that spies so much ? It's like letting strangers in your home without kicking them out.

I will never use a Microsoft product ever again.

Now back to your question, did you verify the hash after download ? If you have a broken iso it's not working. Also make sure secure boot is off and tpm. They are not needed in Linux, that's stuff microsoft love to use.

I tried that and it installed. However after installation finished and restarting the PC, I hear a sound of the OS started but I get this strange screen which I think it is related to the graphic card. 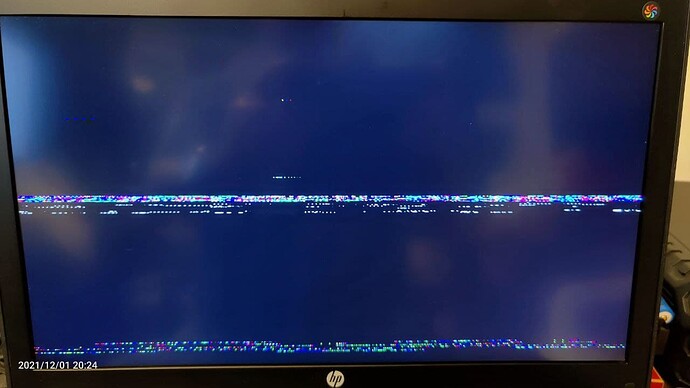 I downloaded it from the same link you provided but did not check the sha256 checksum and I do not know how to do that!

I am not sure that it is true MS can see everything on my computer!!! Do you have a proof of that? What is eula?

How? I am totally new to Linux!

I am not sure that it is true MS can see everything on my computer!!!

Read their eula, when you installed it you accepted it.

Did not work. Escape get me in to the BOIS

Press the shift key a few times when your rebooting, you don't have uefi probably

No I never read all that long agreement bs text and I think most people do not read it as well.

Did that but do not see Safe Mode!

Try the nvidia option... if that doesn't work yet the safe graphics

If you mean to select the Nvidia option when installing Zorin, well I tried all options last time and I got the same errors shown here: 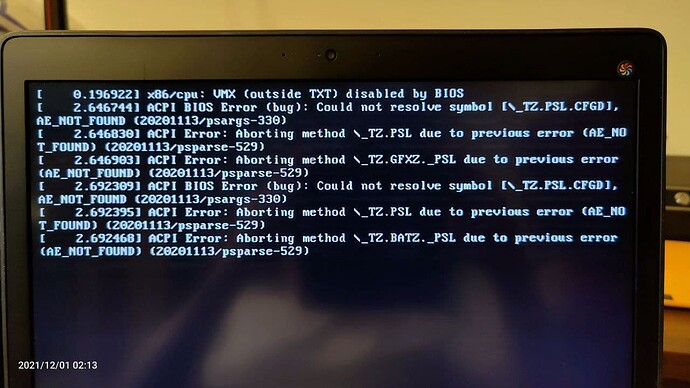 So it seems that ZorinOS 16 cannot even be installed on a capable laptop and seems that no one is able to help!

This is probably a sign that I should keep using Windows, the industry standard.

In your BIOS are you set to AHCI or to RAID?

Good to know maybe specification what kind a laptop is it? CPU,graphic card. Are you using dual boot?