Gdaiva1, could you post a print screen of the "Settings > Region & Language" settings, perhaps with installing you did choose some ordinary keyboard settings.

I cant take screenshot either,
But i looked, and its set on English, United States

And please switch back to RightAlt, too.

Hmmm... something in this teases my memory - I recall going through these settings and helping a member figure out a similar *but not mac) problem some months back. I may need to dig into my own posting history to find that.

Sorry @Gdaiva1 , This issue does not seem common enough that there is a lot of discussion on it on the web...
I also noted that you were having (Panel) taskbar issues in another thread.
I wonder if Zorin Lite may be easier for you to work with.

Thank you so much for your help.
I'll switchback to RightAlt

Yes, that too, the taskbar...
But if i cant use keyboard, then i dont know...will have to stay with Apple

But if i cant use keyboard, then i dont know...will have to stay with Apple

Yes, you can only use what works best for you.

I'd still suggest testing Lite, first, though.
When I migrated from Windows to Linux via Zorin OS, it was a struggle. For several months I sought solutions to a variety of different problems, tried out many extensions...
One day, on a whim of another matter, I tried out Zorin OS Lite.
And the entire Universe changed its physics.
All those problems I had been struggling with - went away.

It may see like Gnome is indicative of Linux to a new user, but it really is not. Gnome stands apart.
In the XFCE desktop, for example, these settings are built into the desktop and supported by the desktop and desktop developers. Gnome, on the other hand, removed all that stuff - causing independent developers to develop extensions to restore those settings and functionality. Gnome developers hate it and call them hacks.
You can clearly see the issues there. I will not bother with diplomacy...
Gnome sees the users the same way as Apple and Microsoft do: As stupid and needing to be controlled.

So, why do people call Gnome Desktop "user-friendly?" Why do they call it "polished" when it so clearly is neither of these?
I Have No Idea

I can only suspect personal self-gain.

Well, you haven't done much settings or manage your files (yet).

If installing the system goes ok and fast enough, perhaps you can try to reinstall it and even try the Zorin Lite version as Aravisian suggested.

I really, don't think you should give up that soon, this can be solved.
Zorin is a great distro even for Mac books, there are posts of user how are very positive after installing an using it. A recent post is this one.

It is early 2011 Macbook Pro. Got 16g or ram. I put 480G SSD. I got this laptop from my dauther when she bought new one. I wipe the mac hdd and started searching for Linux distro to put on. After few days of downloading different distros, I learned that only Ubuntu distros will boot. I installed Mint, but had graphic problem. I installed Ubuntu, but did not like it. Then I come across Zorin. Installed Core and all was working fine. The I decided to get Pro. It was adventure, but now, all works f…

wow, makes sense, thank you!
I was Surprised how its difucult, its like undeveloped to me, so why would i switch.
Thank you, i'll try Lite or Mint

its like undeveloped to me, so why would i switch.

This is poetry. This short and simple sentence conveys exactly how Gnome feels to a user moving over to Linux.
It was developed at one time. Gnome undeveloped themselves in an effort to gain greater control... and they have continued this disturbing trend heavily in Gnome 40.
To paraphrase from Star Wars... 'to thunderous applause...'

No, i havent managed files, i was trying to figure out if keyboard works, otherwise what the point to do more settings.
I tried to customize taskbar without success, too, so i feel disapointed. But will wait and see. Im very positive person and determend, it wasnt easy for me even to install it, but i did it and very proud of myself.

How can i reinstall it? Should i use the same booted USB? Will it recognize that it was Pro version and wont allow re-install?

My thinking -
Sorry but I am a gnome user and I like gnomes. I have also used gnome for many years but I have never faced and problem-related to gnome? As I think gnome is very user friendly for me. And it helps me to stay productive and because of gnome, I can concentrate on my work without thinking much about my os. Every person have their own choices

Yes.
I am not sure but
maybe changing the desktop environment can solve this

of course, its personal, im glad it works for you!

I'll try something different tomorow ....goodness i dont even know how to spell tomorrow, scaryy

it wasnt easy for me even to install it, but i did it and very proud of myself.

Once you do it a few times, it becomes easy. I can install Zorin at this point blindfolded and both hands and one foot tied behind my back.
Uncomfortably.

Believing in yourself is the First Step toward Independence and Freedom.
The hardest part about changing to a new O.S. is the uncertainty of what you are doing. Build your confidence with practice.
I went from being a mundane Windows user that dared not change any setting for fear of breaking something and Never opening the command prompt to being a constant code-changer and themer, that uses the Linux Terminal as my go-to powerhouse for fast and efficient commands.
If I can do that, you can do it easily. Just must get over that daunting initial hill of fear, first.

Every person have their own choices

With Gnome, you have the choices that Gnome Allows you to have.

oh dear, i dont know about commands, but yes, confidence is the first, im very confident in other aspects of my life, i live in Alaskan wilderness

Will try Zorin lite or Mint

Once you do it a few times, it becomes easy. I can install Zorin at this point blindfolded and both hands and one foot tied behind my back.
Uncomfortably.

I will get you in touch with my ticket agent.

A bit of background - some may have noticed I have been a bit quiet lately...
Aside from being very busy in the shop... I have also been porting a GTK4 version of my own (For my own personal Use) that restores what was removed from gtk 3.24...

So... I have been confronting - on a Massive level... just how ridiculously much Gnome removed from the toolkit. The tech articles do no justice to what has been removed. At all.
As the tension built, covering what was removed, then meshing it back in, over and over... Let's just say that Gnome is not in my good graces, right now... As in my entire view and attitude of the developers recent incarnation has changed drastically for the worse.
Some of you who know me may say, "It could actually get lower?"
I promise you, we are seeing whole new levels of Low.

As a matter of fact, I did noticed wondered if you were gone off more - theming.

That is dreadful to hear. For a themer/developer who puts his time an effort to share his creations it is bad news.

While roaming the gnome-look site, I wondered why so many themes aren't available anymore, I even read posts of themers deleting there account, perhaps because of this.

i live in Alaskan wilderness

Wow, that must be nice. But perhaps you can make a picture of the outdoors, just to give us an expression what it looks like to live up there. Is it just as like those wallpapers?

i live in Alaskan wilderness

Wow, that must be nice.

Livin my dream...
I've long wanted to move to Alaska... Someday...
I grew up in the Sierra Nevada of California.
Texas is... Very different.

I'm just reading Wikipedia, to see what the population is/was. It is large an very very very beautiful, lot of national parks there. I wonder why someone would leave that place.

and tough
i have soo many pictures 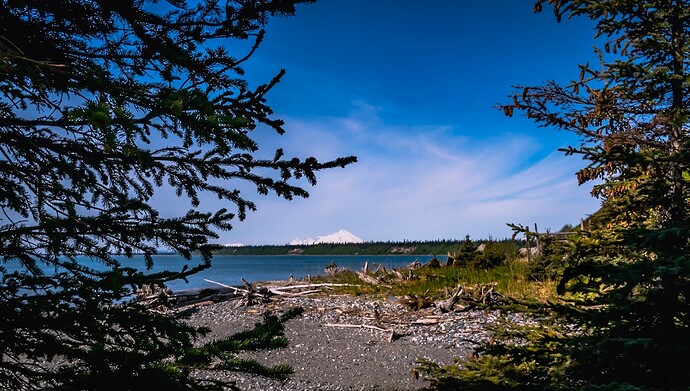 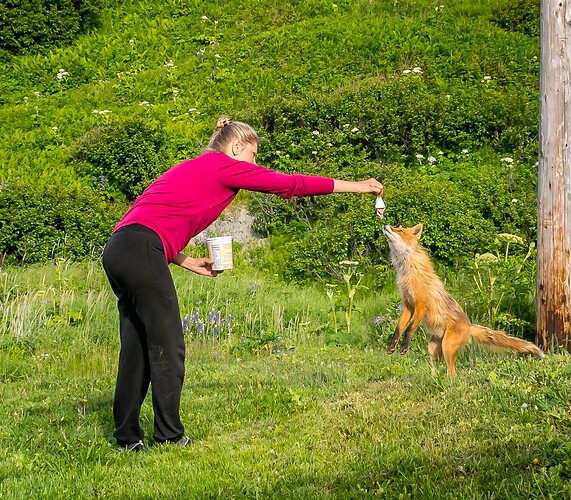