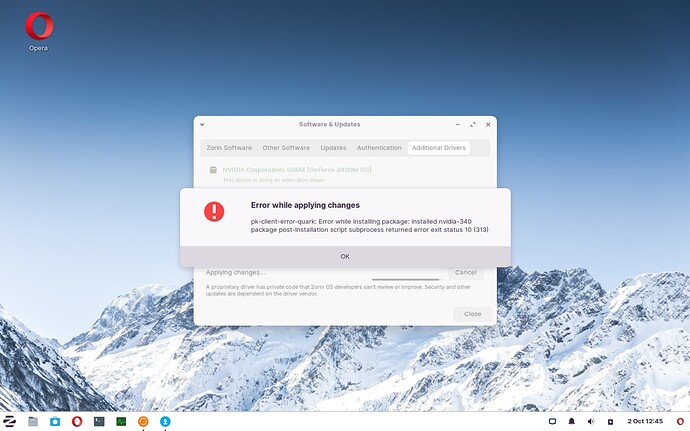 Problem, using the SOFTWARE UPDATER --> ADDITIONAL DRIVERS method, I was able to get the Wifi Card working successfully, however the NVIDIA binary proprietary driver selection has left me WITHOUT a FULLY functioning DE that locks up most of the time unless I keep it busy/using it. 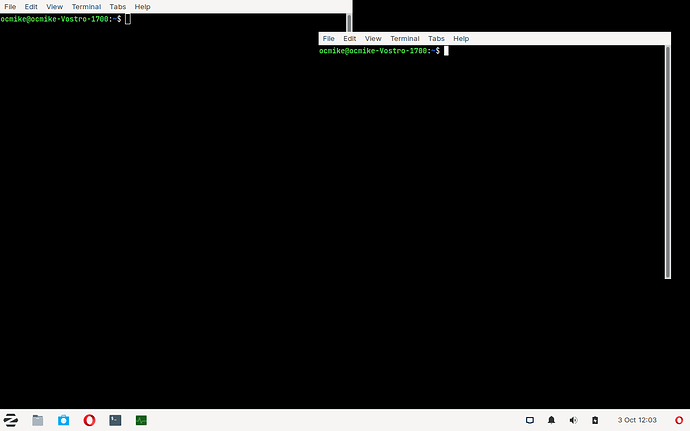 During the Nvidia driver selection(Software Updater --->Additional Drivers), I selected APPLY change and it trucked along until just near the end and returned the following error:

Although, the driver does show it is SELECTED in Software Updater.

I ran the command:
sudo dpkg --configure -a

Which resulted in some errors as well and I will have to reboot the machine to get that for you if you need it. My bad, tried to have as much INFO for you all.

Yes, this is a very old Laptop, but fully functioning and I believe in the resurrection

Any and all help, pointers, links, how too's will be MOST appreciated.

I wonder if the purge command in this guide will work.

You can install the 5.8 kernel directly from the terminal:

Launch the Additional Drivers and select the appropriate Nvidia Driver from the list. Have you yet tried the open source Nouveau driver?

I have a similar problem. I found that the last supported kernel for the NVIDIA 340 driver is 5.4 (The installation of the NVIDIA display driver 340 fails in Kubuntu 20.10 - Ask Ubuntu) not 5.8.
Now to my question: What is better downgrading the kernel or running the nouveau driver (which runs ok for my purposes)?

Removing the Driver and Reinstalling the Correct one.

Now to my question: What is better downgrading the kernel or running the nouveau driver (which runs ok for my purposes)?

Either, since either option should run fine on your system. If, for some reason, you find that you prefer the proprietary 340 driver, then the 5.4 kernel should work just fine on your system.
The newer kernels address newer hardware. Remember: the 5.4 kernel was the newest and greatest at one point, on the same hardware. It wasn't exactly broken...