Hello there,
i installed Origin via Lutris on Zorin 16. I just want to play SimsCity 4 or C&C Red Alert 2. Sims City 4 has a lot of FPS drops and Red Alert 2 has the typical Black Screen Problem like Windows 10. How can i fix that, what information do you need?

I am going to be perfectly honest with you, in regards to Lutris issues, I can't recommend anyone more qualified on this forum, then the king of Lutris himself, @Michel woot woot woot

Now, what I can get from you, is hopefully your computer information. If you don't already have screenfetch installed...

Please post your screenfetch results here. This information will be helpful in helping you.

Also, I'd like to know what discreet GPU you have if any, and screenfetch will let us know that. Its possible you need to install drivers. But I am not going to give any recommendation in that regard, until I see those screenfetch results.

@StarTreker, thanks for you nice words haha. I am a learner too

@OzzyPi, read here how i setup my games

If the games are in steam, use steam protondb. For lutris: Install a runner that can run newer games in lutris: Open lutris On the left side you see wine icon, click on the left download key. [image] Install lutris-fshack-6.14-3 [image] When installed install/configure your game Sample: Add a game [image] Enter name of…

Red Alert 2 has been my hands-down favorite game since my sons (now 37 and 39 respectively) were in high school.

Despite mods, patches, tricks, voodoo and everything else I've tried, I have never -- not once -- been able to get the game to run with Intel onboard graphics or NVIDIA graphics. The hardware -- and this goes back 5-10 years -- just won't run Red Alert 2.

I have, on the other hand, been able to run it with AMD graphics (no drama, just worked on a half dozen AMD setups over the years), and I (quite literally) keep two Dell 11-3180 laptops running Windows 10 with A9 processors and R5 onboard graphics just to play Red Alert. 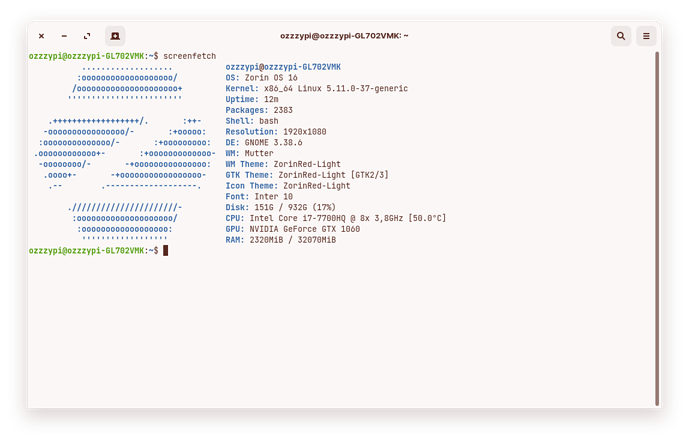 Here are my specs.

@Michel I will try it, thanks! Strangely, games like Mass Effect or Sims 4 running well

I know, Mass Effect series are one of the best games (story wise) i have ever played. Yes i am a Mass Effect fan

Then it is hope my games back to life or i can trying uninstall and install again.
Steam Play Store warframe.

Mmmh, not sure why this old games dont want to work. its like Windows 10...

I will try something radical. I will install PoPOS and try it there. If it works, i will reinstall ZorinOS16 and try it on Zorin again. Perhaps, are more gaming focus Linux distribution works better, but PoPOS is also based on Ubuntu like Zorin. I guess there will be no difference. But i will try and report.

Dont, it will be the same in result. You need to configure lutris and wine.

What games do you want to run ?

Ok, strangely Proton works on PoP OS better, don't know why. C&C Remastered works there and AOEII Definitive Edition too. Red Alert 2 has the same issues like in Zorin, Black Screen with Sound in the background. I will testing a little bit and switching the OS back to Zorin.
I found this on reddit: https://www.reddit.com/r/linux_gaming/comments/mtixee/a_linux_users_guide_to_command_conquer/

but it doesnt work

Good thing I asked you to provide a screenfetch. Turns out you do have a discreet GPU, Nvidia 1060. OK, were going to need to make sure that you have your Nvidia driver installed.

bottom left of your screen, then type additional drivers. Click on that APP when it shows up.

Your going to be looking for the Nvidia 470 (Proprietary) driver. Make sure you select that, it will take time to install so give it time until its finished, then restart your computer. This is always step 1, before you try to do any games on a computer.

Also, that is a nice CPU, should be all you need to play games. And looks like you have a whopping 32GB of RAM, which is also more then enough to play games.

In regards to the talk about Mass Effect. I'm watching Gopher on Youtube play Mass Effect, he's got 3 video's uploaded so far on it last time I checked, he might have a fourth today for all I know.

The awesome story line of Mass effect, reminds me a lot of the awesome story in Halo. Its just too bad that MS feels the greedy need to shove exclusivity up our throats.

When MS finally said that after over a decade, that they were going to release the Halo games on PC, like they should have been from the start. What they should have said, but there only doing it for Windows users, Linux users can go screw themselves.

Cause that essentially what they've done. I paid for a product, and I can no longer use said product, all because of what OS I am running. Its the reason why everybody should leave Windows now, boycott them, teach them a lesson.

But with 3.1 3.2 whatever it is billion Windows users, the likehood of that level of change, is not going to happen.

I have the latest nvidia driver. The problem with Red Alert 2 is the same problem like on windows 10. Black Screen issue. On Windows 10 are some fixes, on Linux they are not working.

Also i got some Proton Problems with Zorin-Steam. Steam Play and Proton 6.3.-6 are not working. Games dont want to start like in PoP OS....

Why working the latest version on PoP-OS and not on Zorin?

I have never used POP_OS and I have Steam and Proton enabled on Zorin OS - it works fine on every game I have tried.

I remember many months ago, you tried a game on Steam and you couldn't get it to play. But it could have just been a problem with that game. So IDK, I only know what people are telling us in here.

So there is only so much I can do to help guide people. Which is why I pretty much have given up on being able to offer Bourne any solutions. I've done all I can to help him, I have don't know what is wrong.

All I know is he's having endless problems, which could actually be due to his hardware, but there is nothing I can do on my end to fix it. Its very frustrating, cause I want to help, but I have no solution.

Im just testing. I prefer more Zorin. It looks better and is easier for me. Perhaps i make a dual boot. PoP OS for games and Zorin for work

I remember many months ago, you tried a game on Steam and you couldn't get it to play.

I needed to enable Proton. I had never used Steam before at that point. Once Proton was enabled - no problem.

As far as looking better, thats the reason I changed the theme on my POP OS. I like the OS, I just don't like the orange dominate nature of it lol.

So I went looking for themes on Gnome-Look to see what was available. Thats when I discovered Material Black Blueberry as well as the Numix 2021 icons, and its made a change that I like.