Pop! OS works just fine out of the box. For you i recommend Zorin or Linux Mint.

Ok then I need test mint. I was also testing Mx Linux.
The one plus always using dual because on linux not working all software and a games what I want. That is true war with three Operative Systems Windows>Apple>Linux. If anyone focus on one distribution and evolve them that it could be near apple. Two journalist wondering if linux could be near the same working stable like a apple. 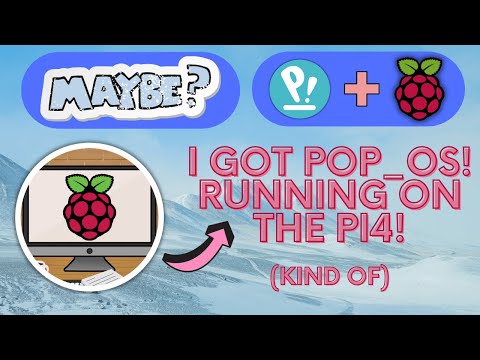 I tried PopOs few months ago, but I am not satisfied. It is not for me.
On first, it looks like Ubuntu with WM

but hey , that is just me

Hello all. Nice - now i can tried POP. Everything working - will testing the same things what on Zorin and checked how it works.

I can sayed POP OS is only diffrent GUI design and nothing special because this is also ubuntu. One what is more simple to find something and find something but in Zorin with dock or another shell gui will be the same.

I tested yesterday and today. What I can sayed the POP OS don't fixed problems about the games what i want played on Zorin or POP OS - then any distros don't fix that. One what I know it worked before on Zorin but i cannot remember how I do that.
Besides I am with zorin a couple years it could be my "wife" - I know everyone can choose what they want for preference.
I reading also here on forum POP OS is more support for people who bought them a computers. It could be a true because many questions was on reddit.

I reading also here on forum POP OS is more support for people who bought them a computers.

Pop os is maintained by a computer company called system76, people who bought a machine there gets firmware updates. That is normal, they cant push out firmwares for machines that are not sold by them. Dell does not make firmwares for hp or acer either

Pop feels more smoother and stable for me. It has a recovery mode and upgrade mode. Zorin does not have that yet.

It's not Zorin or Pop's fault (or any OS), but YOURS. You have to install those by your self and use a runner or proton to make them work

. Install wine with the wine ppa so you can use the wine windows installer first! Do some research before blaming a OS!

So far i installed older and newer games in Pop! OS and Zorin OS 16 without ANY problems. I have made a movie from Star Wars Jedi Fallen Order how smooth that game runs in Linux.

About a games it is just developers don't want share this a games because they want people stayed on they platforms windows or apple. I don't blame linux.
Just I know I remember it working before after i changed something in library dll in wine but forget and canot find a webside where it was. I am still learning and I know on proton.db many games working but I am not playing if I doing research and testing many things in linux because I working with a terminal.
What I talking about a games what not working they are old with using flash when support finished 2020 and some developers created a launcher to playing on them. POP OS have some magic - I have now connected on primary PC old W7, Zorin(shell pop also on Zorin) and POP OS. With time propably when I working more of them gived them 10/10 points for time what they sacrifice,innovation and idea.
Please don't take some my words personally if we need understand a linux more friendly like a friend we need spend with him more time like with people to better understand them. Thank you for sharing also your time with me on this forum.

If you need help or a tutorial i can work on that for you.

Team is the best don't forget. I wrote to the developers a message about if they games working on linux answear was no - they are little lieying but this is no problem. I will figure that somehow, don't rush for everything is a best patient.

Linux is not "officially" supported, so they tell the truth

As you see in my post what games i got to work already. Just check it out.

Thanks. See you later and have a nice day.
https://ubuntuforums.org/archive/index.php/f-313-p-60.html

If you have some suggestion or link about this game working on linux.

It wrote working on linux. It is there a gtarcade launcher or something this is start with wine but all time have only try connected and nothing. 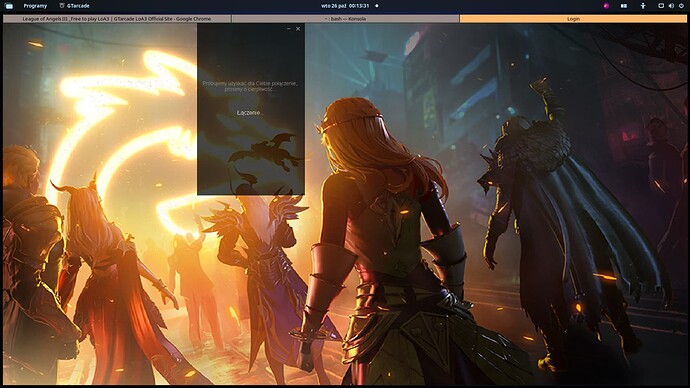 @Bourne -> [How-To] How to get Windows Games working in Linux

i mean formatted and will tried something else. Some distribution linux or just will be waiting empty.

Try XeroLinux or stay with Zorin