Hi All
I have Attempted numerous Linux installs to SSD and SATA drives with dual boot and also on sepearate hard disks and on every attempt I have come unstuck with results varying from annoying error messages to full blown 'Bricking the PC Disasters' !!. Thank goodnes for Acronis True Image

As an experienced PC user I thought dual booting an operating system from my Primary SSD boot disk would be a breeze. On several occations I have thought I had a succesful outcome only to be shot down in flames by seemingly random errors. Partitions seem to be the bugbear with mind warping file systems that some will use and others will not ext2, ext3, ext4, FAT12, FAT16, FAT32 and exFAT, NTFS Blah Blah Blah !!

The term Grub, once meant to me a crawling insect squashy thing but now invokes sleepless nights, migranes and nightmares.
I would be interested to know if anyone truly believes that Linux could be a viable alternative to Windows and does anyone have a dual booting system that actually operates as it should and that the user boots the PC with absolute confidence ??. I will add that Windows is an operating system that I detest along with the company that produces it which is what brought me to Linux.

I have used Windoze from all the way back to 3.1. I switched to Linux (Zorin) about a year ago. I have never looked back or even considered going back to Windoze. I have gone from Zorin to Linux Mint and do have a couple of PCs set up with dual boot of Zorin and LM. What I learned early on in this changeover to Linux is to ask for help when I got stuck on something. There are several members on this forum that are very knowledgeable about Linux in general and Zorin in particular. The search function on this forum is also a great way to learn about Zorin.

My suggestion to you would be to open a thread with a specific problem you have and ask for help. Include your system information as well as a clear description of what you have done and the results you got. There are many people on this forum that have dual boot systems and many of us that use Linux every day. I have installed Linux on both SSDs and on SATA drives so I know it can be done successfully.

Don't give up. The satisfaction of not having to deal with Windoze ever again is worth the trouble.

I have a laptop system dual booting Linux/Windows10. Windows 10 installed first, then Zorin on a second drive. No issues booting either for 10 months now.

For best results: Install Windows first, Zorin on a seperate drive second, and make sure secure boot and fast boot are off in the bios before installing either.

Thanks for your comments. I am at this moment using Windows 10 so feel a little like a traitor. I feel confident enough to say my way forward would be to totally ditch Windows forever and forget dual boots etc. etc..
I really like Linux in general especially the blistering speed achieved when installed on the ssd but there is a lingering caution that keeps me clinging to windows which I suppose is ridiculous really, maybe it's time to grow a pair and just do it

.
Also I have got used to Windows Paranoia about security/virus issues and being in the Linux environment seems a little alien due to it's seemingly lack of security awareness.
I aint given up on Linux and will go the full monty Im sure.
Thanks again
Titus

To save headaches I dual boot on different drives. The only two I use now are primarily Devuan 3.1.1 and Feren OS on a second drive, the latter merely because I can't get MultiSystem to run on Devuan. I just have Zorin 16 Core as a VM running in Virt Manager on Devuan 3.1.1. Devuan 3.1.1 is my daily goto using SysVinit as the bootloader instead of inferior systemd, and removal of pulse audio in favour of ALSA (Advanced Linux Sound Architecture). I use Plasma (KDE) in preference to Gnome, and occasionally LXQt in preference to xfce.

does anyone have a dual booting system that actually operates as it should and that the user boots the PC with absolute confidence ??

Been doing so since 2009, currently with Windows 11 and Zorin on different drives.On earlier legacy bios systems I used easy bcd and now grub only.

I reading some news and Linux not using anymore dual boot. When i using operating system push power button then on keyboard F11 and then i chłodem a hard disk where is installed Zorin.

does anyone have a dual booting system that actually operates as it should and that the user boots the PC with absolute confidence ??.

Yes, and have been doing so since the late 90's.

Partitions seem to be the bugbear with mind warping file systems

Most of the file systems you mention following this sentence are used by Windows not Linux today. And even Windows doesn't use many of the old ones any more.

The best way to partition your drive to avoid any errors if you already have Windows installed is to use the Windows Partition Manager to free up space. You also have to make sure that bitlocker is turned off if you have it on before resizing. If you do not, Windows will just keep throwing up errors at you. After resizing and creating free space, make sure to run fix disk in Windows before you attempt to install any Linux distro.

When attempting to install Linux, make sure Fastboot is turned off in Windows as well.

I frequenty refer new users to this: Before you install

and yes. I have been dual-booting ZorinOS on an old duo-core machine since Z12. I have always installed using the "Something Else" method and creating my own partitions.

I tested Zorin after released version 16.0 have still on external harddisk.
Now I am on mint. They both are for begginers. 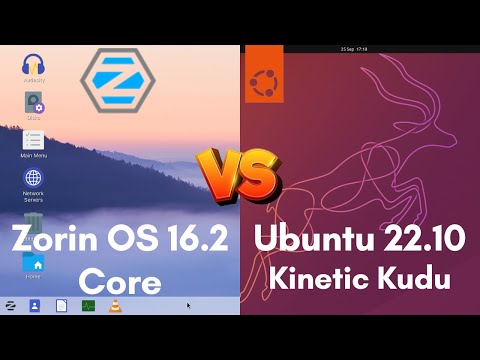