Helllo. I have been a user of Zorin for years since it began in 2009. I have a problem with the zorin lite version . The screen shot tool xfce present there gives me 4 popups windows before it saves the screenshot. It is extremely annoying and useless. The Zorin Core version in this aspect is perfect and just takes the screenshot and puts it directly into the image folder. MY question and suggestion is. Insert the same screenshot tool on Zorin lite and remove the xfce screenshot tool that is present on Zorin lite. This issue prevents me from installing Zorin Lite in my 4 laptops. I have tried to remove xfce screnshot tool on Zorin Lite and install another one but it gives me errors after.

It does not do this on my build of Zorin OS 16 Lite with xfce4-screenshot.
Tapping the prntscrn key saves teh screenshot, same as in Gnome.
I actually had to set it so that it opens the dialog, since I often need to set a delay, etc. 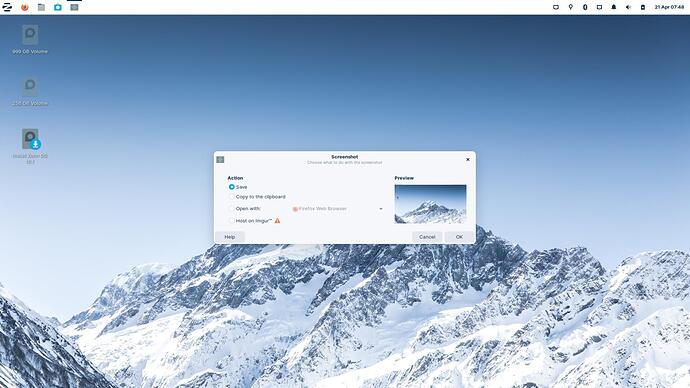 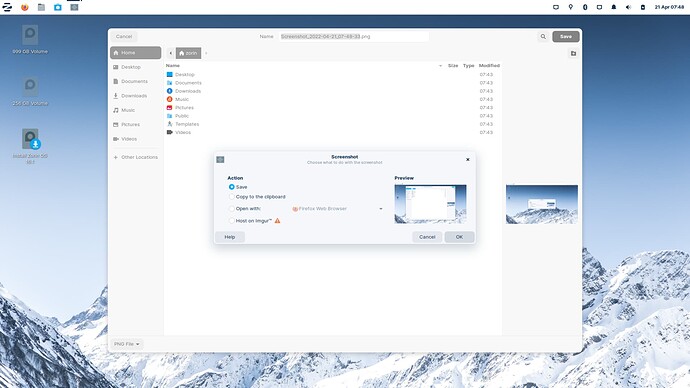 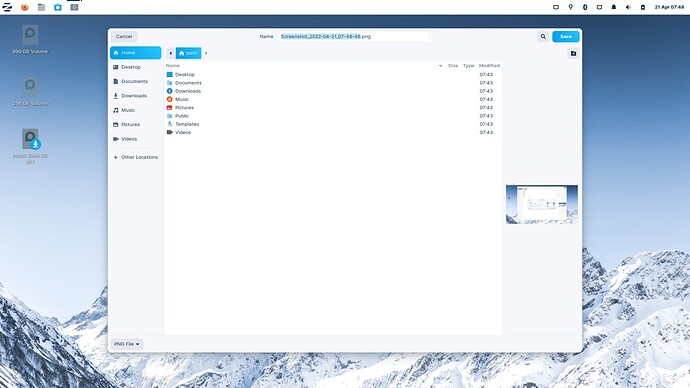 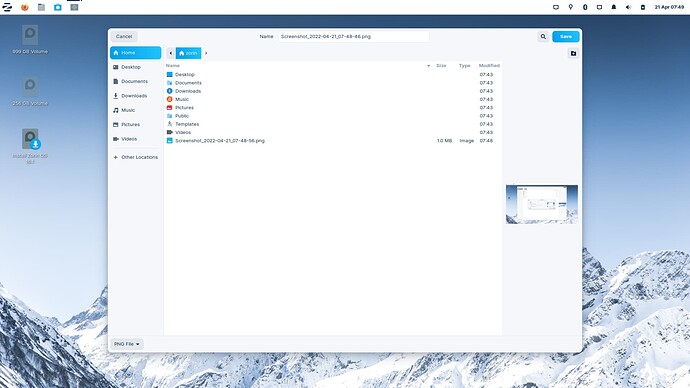 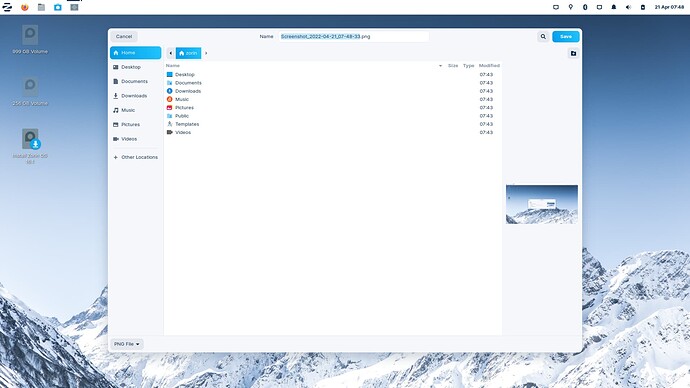 Let's try setting the default location to the shortcut.
Open the Settings application, then navigate to Keyboard, then Shortcuts.
Click on the xfce4-screenshot entry for the prntscrn key and select edit.
Change the command to

You can change Pictures to any directory you want.
Save the configuration and test.

Tried it but the pop up is there. I have found a linux distro that is a exact twin of Lubuntu LXDE with LTS. That distro has the screenshot exactly like the LXDE had . Takes a screenshot and immediately it is in the pictures folder. If Zorin devs fix this issue on Zorin Lite and I can use it... okay.... If not I will use that other distro that I found. Its a pitty because on Zorin Core the print screen works great. I don't want to use the Zorin Core. Too heavy.

You have options since this is Linux. You can install Gnome-Screenshot onto Zorin OS Lite.
I also have installed LXDE onto Zorin OS, too and tested it out. Also tried out LXDE-gtk3, too.
If you are saying gnome-screenshot tool does the method you prefer,

Change the keyboard shortcut to gnome-screenshot, set up your configuration and- that should get it sorted out.
There is also flameshot, screengrab, shutter....

It is not broken.
There is no distro in which the Devs design and build it for You and all your preferences. That is the beauty of Linux. Being able to configure things your way.