I am having fun with Zorin os 16, but i seem to have come across a rather bad hurdle ... a simple common task of adding/ editing/ removing program shortcuts in menu/ launchbar etc

Unlike Linux Mint, Zorin seems to want to make this task unnecessarily difficult.

In Mint, all one had to do to add/edit to start menu, was right-click and choose "edit menu".

Then a simple to use configuration menu would appear.
In Mint, one can easily add folders/ move them arround/ remove as necessary, add shortcuts any way the user wants...no stops or limitations of any kind!

You can even add bad shortcuts (not functioning ones), with no problems!

Also, in Linux Mint, if a user has a .sh executable, all the user has to do is merely link its full path...and voila! The shortcut is made! Easy peasy!

I did found some tutorials for zorin, but they were for much older versions.

I tried the "alacarte" command as root (saw it in another topic)...but it seems the zorin os tool is more complicated than i had hoped for!

I am asking the os devs to create an official, simple, easy-to-follow tutorial in how to do the following:
1) Edit the start menu (add/rename/move/ remove folders and items) any way the user wants to!

2) Adding/renaming/removing shortcuts in the start menu for any type of programs (i.e. for sh executables or for any executables)

I installed IntelijIdea and it runs great. Also Android studio.

For some unknown reasons, neither of these programs show up in the start menu.

Also, as you can see in the shortcut, alacarte shows a Programmer Developers menu, which isnt visible in the normal menu...

So please...show us, how to add/remove/edit shortcuts.

Later Edit: In Linux Mint, the Start Menu is very logical: at first, it shows "All Applications" (litterally, every program installed, sorted alphabetically). Then, under this, any number of secondary categories (Office/ Developer/ Graphics etc).

Zorin doesnt seem to do that. Zorin has no default "All Applications" menu. It just shows some sub-menus. Not all programs. 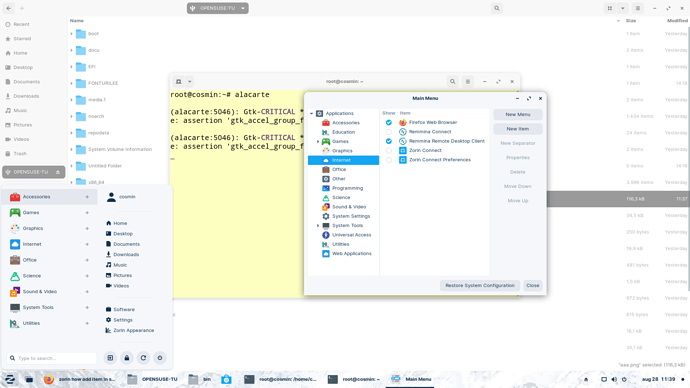 Here is a screen-shot of a Linux Mint start menu.

Notice the very logical set up of this menu, with a "All Applications" at the very top, providing a global overview of all programs installed.

Then, under it, sorted, sub-folders (sub-menus) with apps grouped by category.

Thats how Zorin should do too! 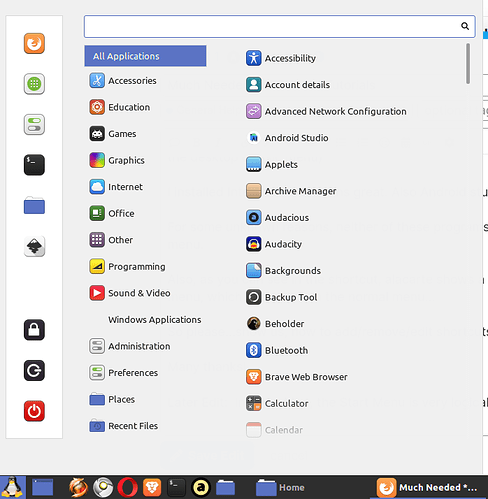 Interesting comparison. MInt is build for Mint OS. Zorin go little another way near windows apperance. That why it could be little difficult but I agree Zorin for newbie users with linux must be a simple not a difficult. I bet somewhere on webside is some tutorial or solution.

You could switch layout if you want all the applications under one roof. 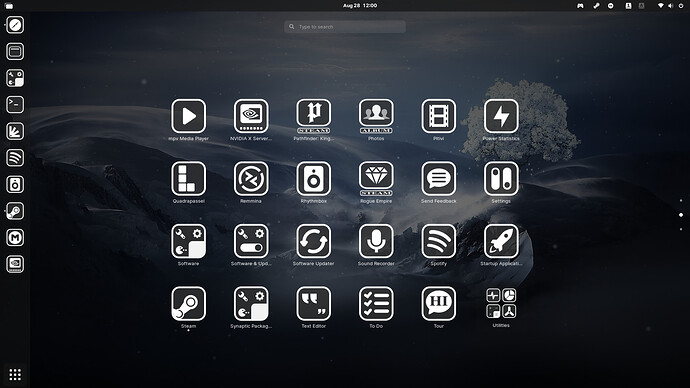 Except it doesnt even do that!

In Windows, there is at least that global menu with all Applications at the very top.

Zorin doesnt even has that.

For me, i find the centered menu or ubuntu-style layouts to be deeply counter-productive.

Also, in Windows, adding shortcuts to programs in any location, is just a matter of right click and pointing to the executable.

But Zorin doesnt even do that!

Linux Mint excels at these, by simply removing all complicated and unneeded layers and just using the well known philosophy of K.I.S.S. - Keep It Simple S...

I dunno why Zorin doesnt follow suit, if it intends to trail Windows so much...

Thank you for suggestion, but please see the answer above you.

I find such layouts to be deeply unproductive for myself.

Also, if you have lots of programs, you wil need some type of sorting them to keep them organized...there is no escaping that.

You can sort them into categories in that view. Like putting two games together creates a category which can be named and you can rearrange the icon as you like.
I made a tiny video on how to make categories: 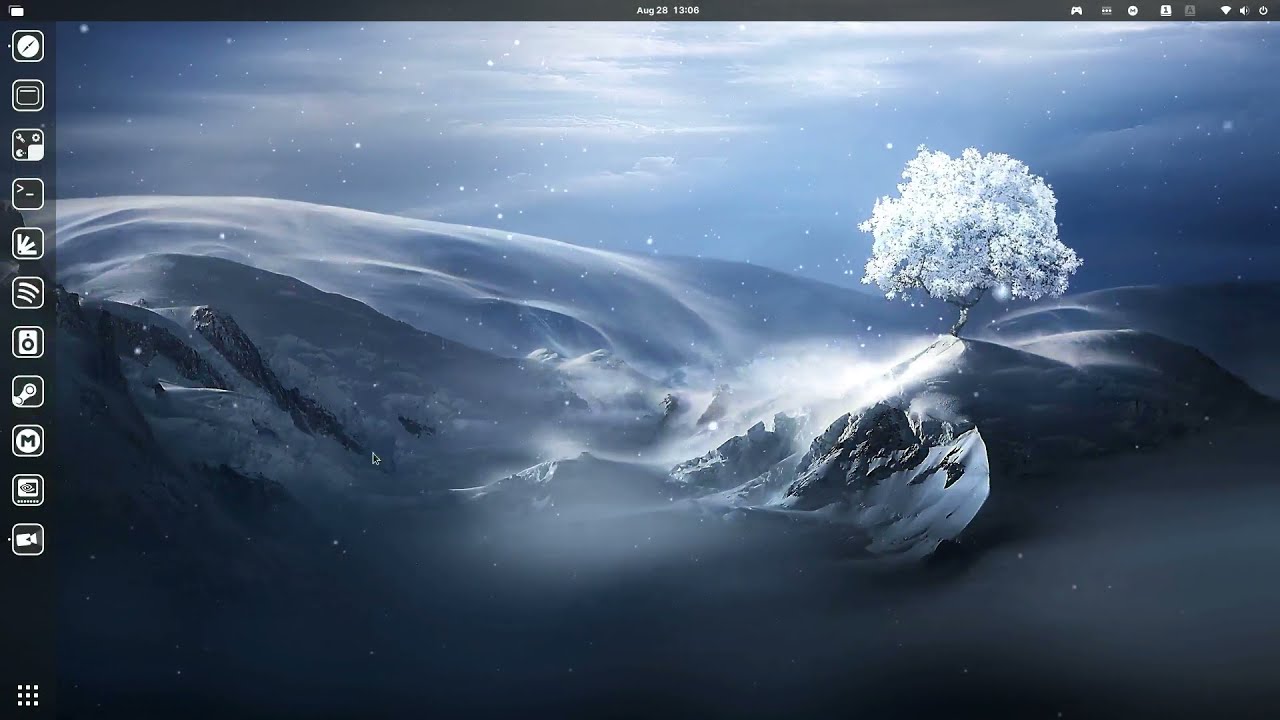 Thank you, but it is of little use.

I prefer the default Zorin OS GUI, the one with the classic start menu on lower left.

Okay fair enough. I just tried with a solution

@Storm Reading though this thread I think the title could do with an edit to something like "Start Menu and Shortcuts editing not simple". What do you think? I have not changed it myself.

I think it is not possible to edit fully everything like you want. You can edit every layout, but not so much.

I think Zorin team included all layouts just to easy everyone

If you want edit everything like you want , you can try install other menus,panels, dock

I think i found a work-arround which seems to work in an allmost Linux Mint-like fashion ... not quite there, but not that far either!

However, one must use the official software store for Zorin!

Open the app store for zorin, and use the magnifying glass in upper left to search for ALACARTE

I found out i can add/remove items quite easily this way!

But for some unknown reason, this doesnt work if one uses the CLI command alacarte ...despite the fact it opens up the same menu!

I confirmed this, as i used the first solution (the official app store) to open alacarte and add IntelijIDEA in Programming ...and it showed up with no problem!

All i had to do, was to navigate to its .sh file and thats it!

But if i run the CLI version of alacarte...the shortcut isnt there!

So something is abit off!

Also, as of yet, i am unable to reliably add icons to taskbar, Window style...i ll see if i can work it out

Open the app store for zorin, and use the magnifying glass in upper left to search for ALACARTE

I found out i can add/remove items quite easily this way!

Has that solved your issues? Maybe mark your post as

Solution if the case.

Strange that Alacarte from Software Store works but via terminal does not.
Are you able to list the terminal commands you used?
Maybe that will give some indication of what went wrong.

Linux Mint excelled at all 3 points.
When i find a solution for them, then i ll consider this matter settled.

When i find a solution for them, then i ll consider this matter settled.

In the app menu (z) you can right click and it will offer to place a shortcut on the desktop.

If you like mint, maybe you should install cinnamon DE on zorin (i and a few others have done just that) to get Zorin's speed and the comfort of familiarity in cinnamon. There is a topic in the tutorials and guides section of this forum, Top X things to do after installing Zorin. It is listed around number 6.

Full agreement. Installing a different desktop is as easy as installing any other package. I think many people believe it requires a Full Reinstall of Zorin OS. No, not at all.
You can really customize, tweak and configure to your Best Working Environment, utilizing the best of Zorin OS with the best of modular packages to make your system, your own.

So you searching a flexible software what can chjange icons,colours and etc.?
I don't know if you can doing something like here. 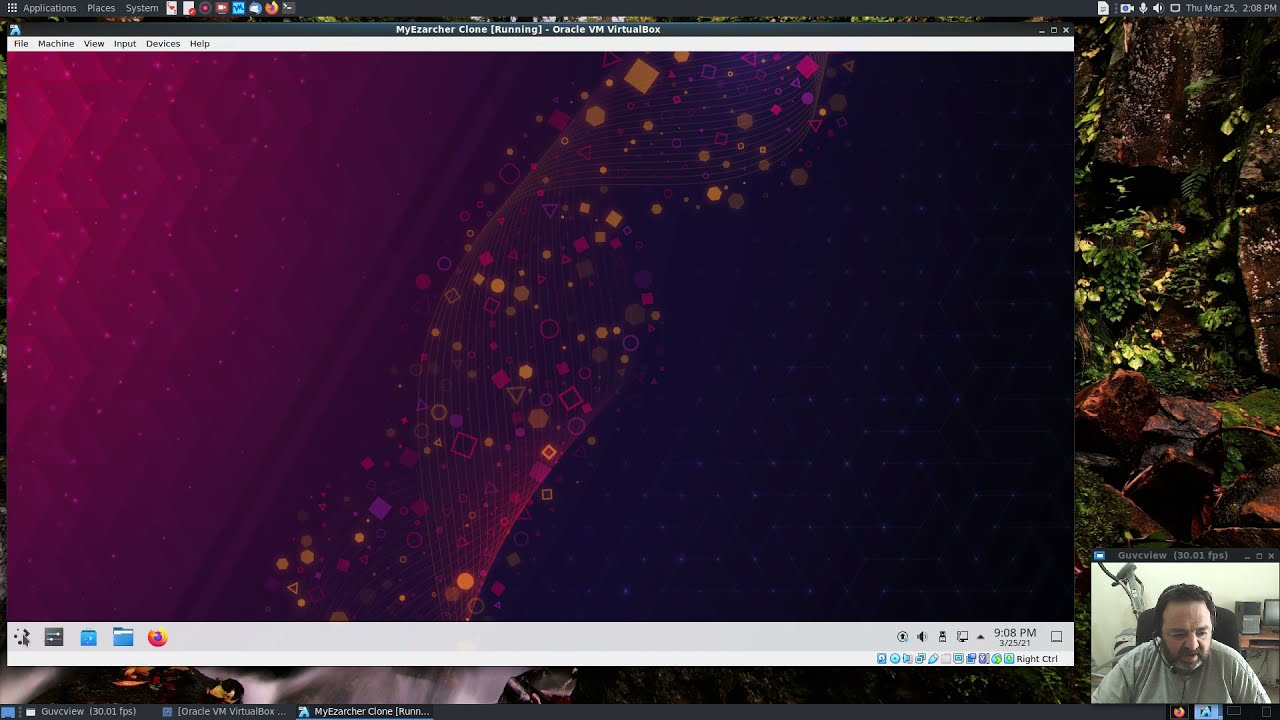 Zorin is based on Ubuntu then it could be that. 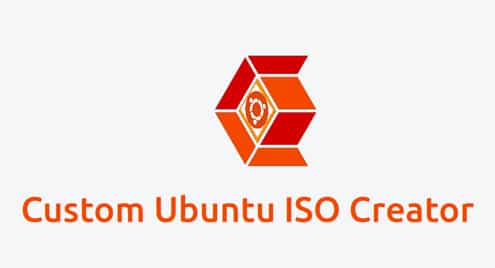 How to Customize Ubuntu ISO to Create Your Own Spin 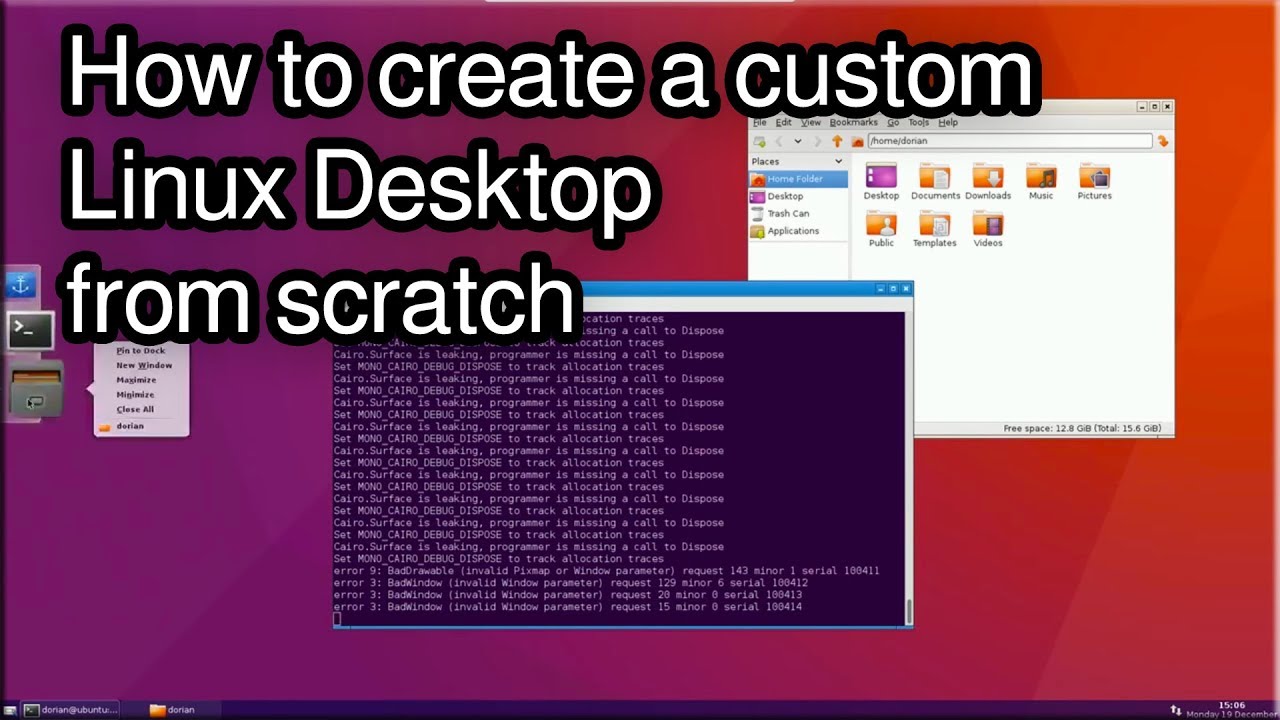 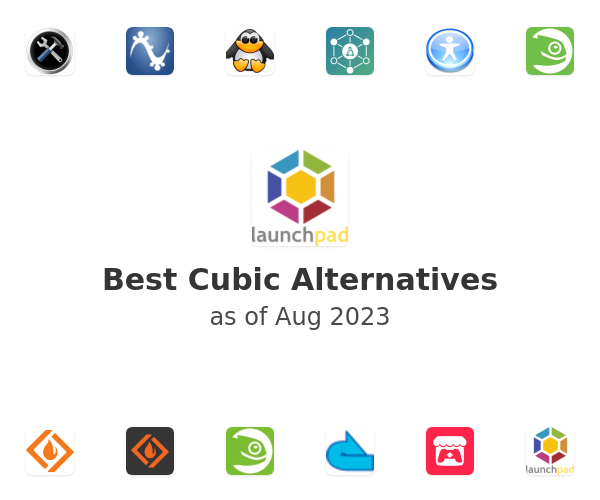 What are the best Cubic alternatives? A list based on our research ✅Distroshare Ubuntu Imager, ✅Linux Respin, ✅Netumo, ✅Pinguy Builder, ✅Customizer, ✅Linux Live Kit, and ✅mklivecd.