I didn't want to use the deb version is because it is really old.

Please detail what features or functionality are missing in the deb version.

Tbh, it just looks old and I like flatpaks more

Seriously tho, deb version doesn't work on Wayland when I installed it as well.

From what I have read, I needed to install xdg-desktop-portal-gtk but it was already installed.

I cannot really tell which one "looks really old":
OBS Studio in .deb for Zorin OS 16: 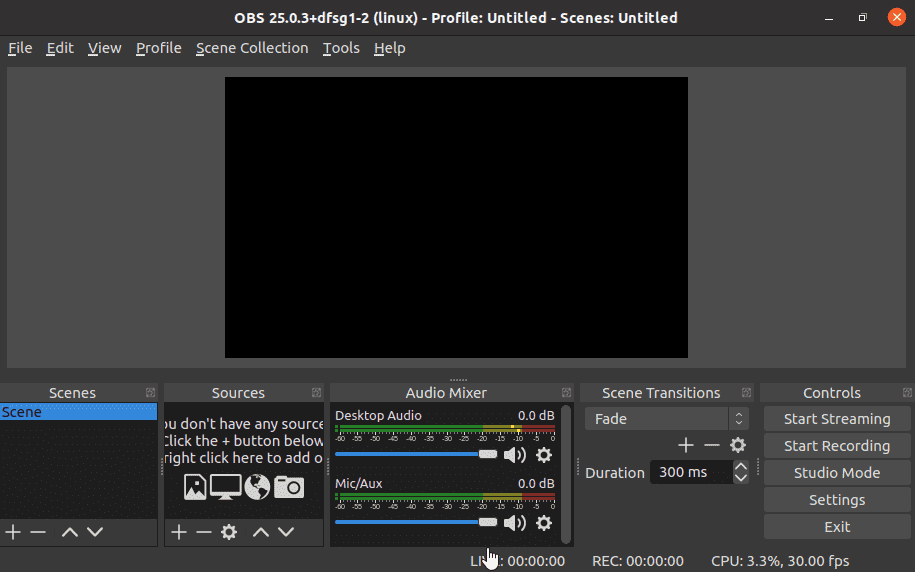 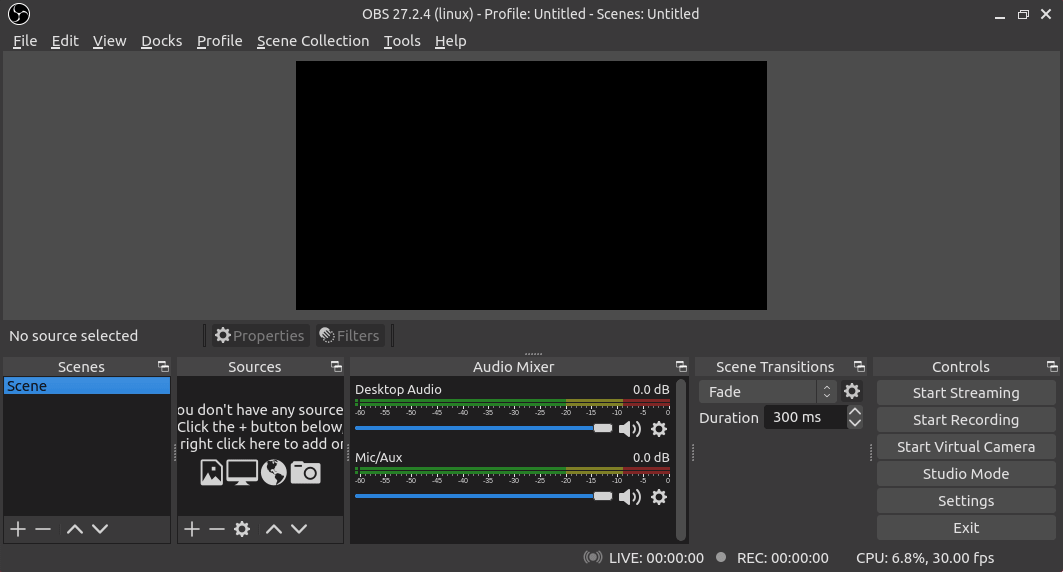 I didn't want to use the deb version is because it is really old.

It is not really old.
Such comments can confuse or mislead users that are led to believe that somehow... the Supported Current .deb package is... "really old."
You have every right to enjoy your preferences, but sometimes, choosing wording carefully can save someone else from a major headache.
And it gives the impression that Zorin OS is supplying "really old" or outdated packages. This is not the case. The packages are supported, receive updates and are maintained.
Flatpak does often offer the very latest package. However, the very latest packages can often have instabilities, bugs and regressions which is why many distros stick with the Current Stable packaging as default.

Ok, I will change my wording next time then.

The good news is that windows capture works now?

After breaking my desktop and reinstalling the Zorin OS repo version, OBS kind of works now (except for Screen Capture, which still doesn't work but window capture works).

Ubuntu 22.04 was Just Recently released this year. It is New.
It does not logically follow to say "even the newest release of Ubuntu has the newer version of a piece of software.
Of course it does.

The Current Supported Maintained Version is the Stable Version.

Software side, 2 years old is not old. Not by any measure.

The vast majority of the software you use is older. It averages about 3-5 years for most packages. On Windows, they run older... some around 15 years old. Because they are stable and just work.
Most users don't notice it, since they do not follow all package version numbers in order to know.
Some of the software you are currently using is... 38 years old.
If it ain't broke... Don't fix it.

I am not trying to be mean or rude.

However, declaring that the current stable maintained version of software is "really old" and Outdated - especially without any support for this claim cannot abide.
The age of software is determined by significant adjustments to the Changelog.
Major bugfixes or feature additions (or removals) - actual Changes.
Because to measure by "It looks old" or "I think 2 years old is old" is too arbitrary. Where do we draw the line? Is 1 year and 8 months "old?" If it is "old", is it no longer any good? Should users shun it for some viable reason?
Without these clear definitions, the only result can be confusion.
Please do not sow confusion.

But.. it's broken for me. Does it work for you?

Try a different screen capture application like VokoScreen recorder then process for upload using KDEnlive. Alternatively use one application that does it all, Simple Screen Recorder. It is in the Software store: 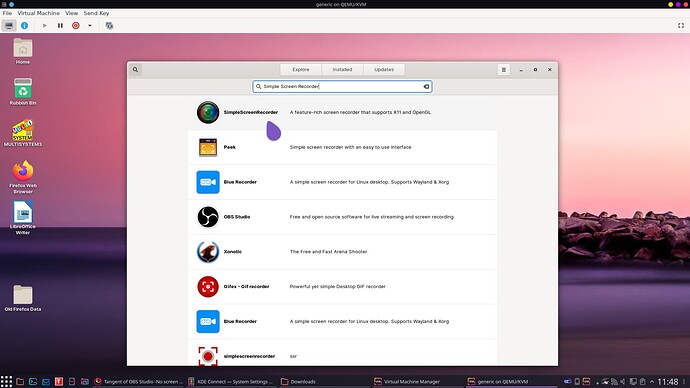 I wasn't ready for all those settings inside it, it's too much for me, I've never been much expert on audio and video software

. But I'd really like that it worked, it's the first screen recording software that could record fine, despite in dull colors and sometimes a bit skipping some frames

. I have to change something somewhere…