The Future of Zorin OS

Hello.
I am currently using Zorin, will Zorin OS continue to be updated in the future?
I have no evidence at all, but I am a little worried because there has been no official twitter or facebook transmission from zorin recently.
Also, in the unlikely event that this is the case, are there any alternative linux candidates?
I would appreciate it if it looks like windows and has wine installed from the start.
Thank you in advance.

I am currently using Zorin, will Zorin OS continue to be updated in the future?

According to the ZorinGroup, they have every intention of continuing the Zorin Project long term.

Due to the Invasion of Ukraine, from which the Zorins originated (They are living in Ireland), the Zorin Brothers have been a bit more quiet lately.
Current word is that their friends and family are safe and well.

Also, in the unlikely event that this is the case, are there any alternative linux candidates?
I would appreciate it if it looks like windows and has wine installed from the start.

WindowsFX might be a good candidate as an alternative. I am uncertain of whether it comes with WINE installed or not.

Zorin OS no longer includes Wine. However, it is available in the Zorin OS Repository:

You can also install Wine 7 if you prefer a later version:

It cleared my mind.
Thank you for your thorough explanation!

On a side note I installed Windowsfx on a notebook I upgraded. It asks if you want to install windows compatibility software (wine) at point of install. I installed an old version as it came with zoom that the school uses to contact parents where my eldest works and only because Zorin Education failed to install. From a personal point of view, the alternative is Devuan with KDE which I can make to look like any version of Windows from XP upwards. I added Windows 10 menu widget after install. Devuan is one of the few distributions that support old technology to prevent e-waste (32-bit). The default DE on Devuan is xfce, same as Zorin Lite, but you get a choice to add other DEs at point of install. The other benefit is that Devuan does not use systemd for its bootloader, and I have turned off pulse audio and only run ALSA for sound. Going back to Windowsfx it is too Google centric for my liking. Zorin OS scores highly over Windowsfx because it includes the free remote desktop application of Remmina, Windowsfx only comes with a commercial RD, Any Desk (source was on a Windowsfx query on Source forge page of the project).

This was my desktop during lockdown with SteamPunk theming on Devuan 3.0 (beowulf): 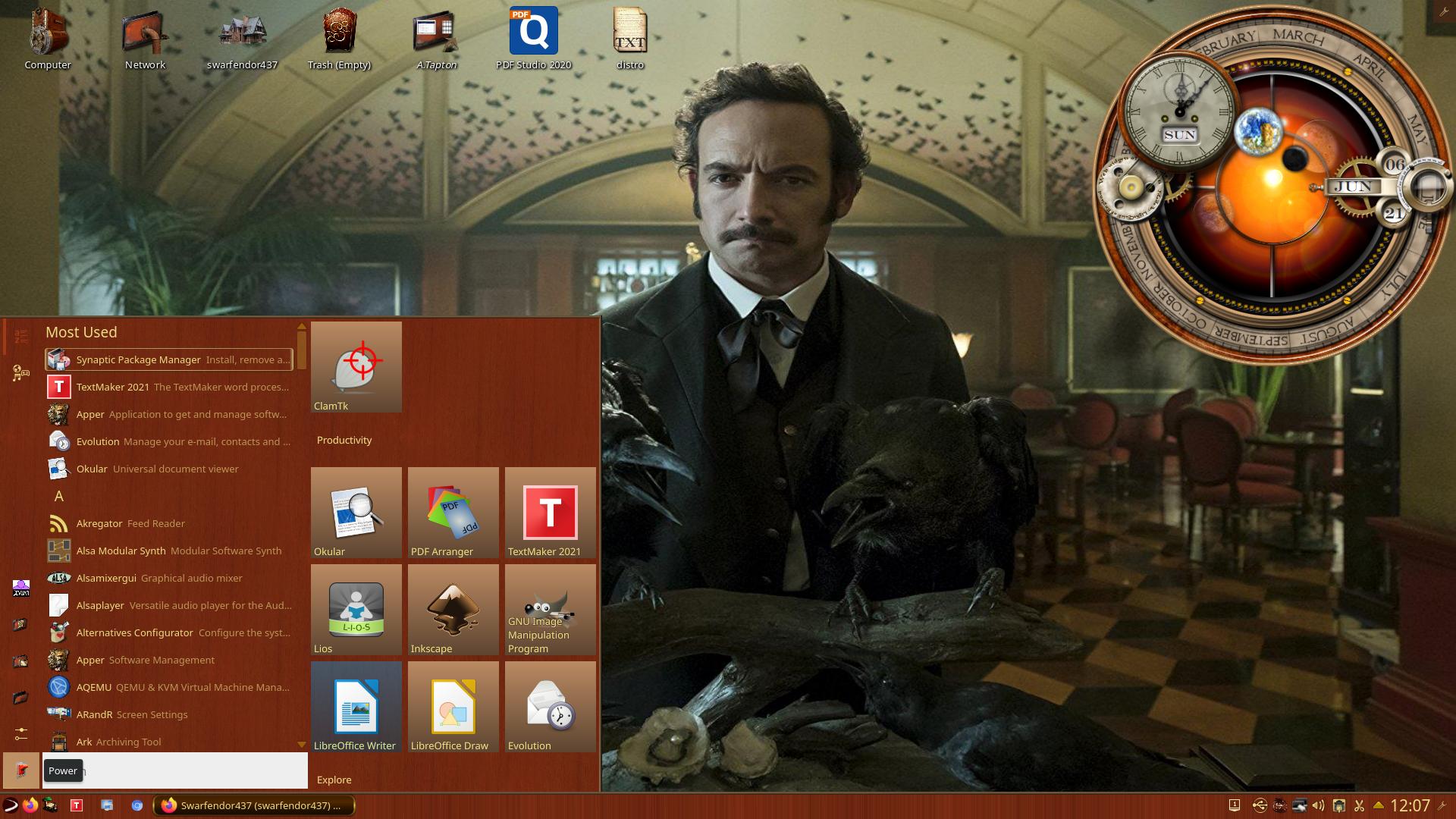 I haven't hear about that windowsfx before, it's based on gnome only , or there r edition based on xfce?

Not that I know of, though a user can easily install it with

Or a Cinnamon user can:

I personally find LinuxFX and WindowsFX to be too much like Elementary OS - too much like Microsoft. Lots of controls put over the user, not much control given to the user.

We can confirm that we're actively developing and updating Zorin OS and have no plans to stop.

Our current focus is on completing development of a direct upgrade method which will allow you to upgrade between major versions (eg. Zorin OS 15 to 16) and editions (Core to Pro) without needing to re-install the system. We're also aiming to release Zorin OS 16.2 this October.

The release of Zorin OS 17 – our next major version – is tentatively planned for mid-2023. You can visit this page to get more information about it:

Plasma (KDE) plus one Cinnamon version.

I was thinking of asking the same question but thanks for filling us in.
But I don't understand why someone would want it to look like windows lol. I rather it look like MacOS.

I don't understand why someone would want it to look like Mac.

That's the beauty of it, and why it is so important to be very careful about any of us judging the looks others like. Because our best gift is in the ability to Customize Our Own way.

What you wish DE on future Zorin? What could be in next version Zorin? It is possible minimalistic installation? Feel free simple answers with a couple words.

Looking forward to the upgrade functionality. Will Zorin OS 17 differ from the Ubuntu 22.04 base in terms of Snap and systemd-oomd?

So next updated will be newest stable Ubuntu with newest kernel also some software and some new themes in Zorin distribution.

Zorin OS 17 Will Be based on Ubuntu 22.04.2 LTS,Ready for a new look and design,of course seamless upgrade when a new version release

"Chinese developers piped up and pointed out that "5.20" is a more
wholesome version of the Western "4.20" internet-famous number."
wǔ’èrlíng, 五二零, represents 我爱你. "I Love you"
The new Kernel, 5.20 aka 6.0 will be Loving you folks. Linus Torvalds kicked off the development cycle of the Linux 6.0 kernel series and released the first RC (Release Candidate) for testing.

I want increased support for AI manufacturing Software's, Most of them do not work on Linux

I Hope in new version will be a many new things and will be diffrent. We can choice old style or modern.

I hope Zorin OS will save those left behind by big tech agendas like Windows 11 and Apple Silicon Mac. I wish it to be a friend to all PC users, not a geek's toy.