Hi. I purchased Zorin for the love that I can ditch Windows for something that is more newbie friendly. However I am not able to scroll with my touchpad. I use an HP Elitebook. Have already tried shifting to synaptics form the terminal as was mentioned in this link: Can't scroll with touchpad!

What is the terminal output of

Then reboot and test and relay the results here? 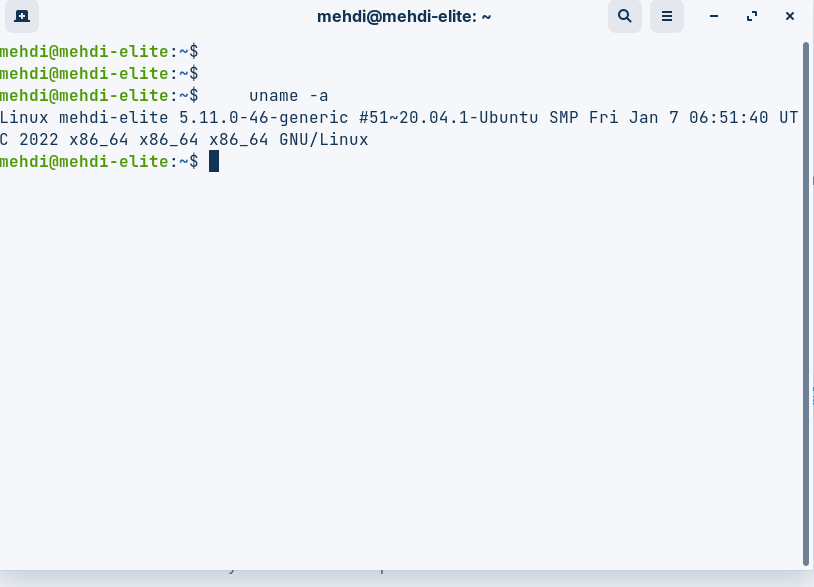 Can you please try the module prober

Nope. Still the same. Do they have touchpad scroll in Lite? I saw your post praising it over core

Do they have touchpad scroll in Lite?

I have never used an HP Elitebook...
You can test it out using the LiveUSB.

Thanks, will definitely give it a try.

In the meanwhile, any other solution that you suggest for this problem? Not having touchpad scrolls drains my productivity bigtime.

Do you use two-finger scrolling?
In Settings > Mouse & Touchpad > Do you have settings for scrolling that are currently disabled? 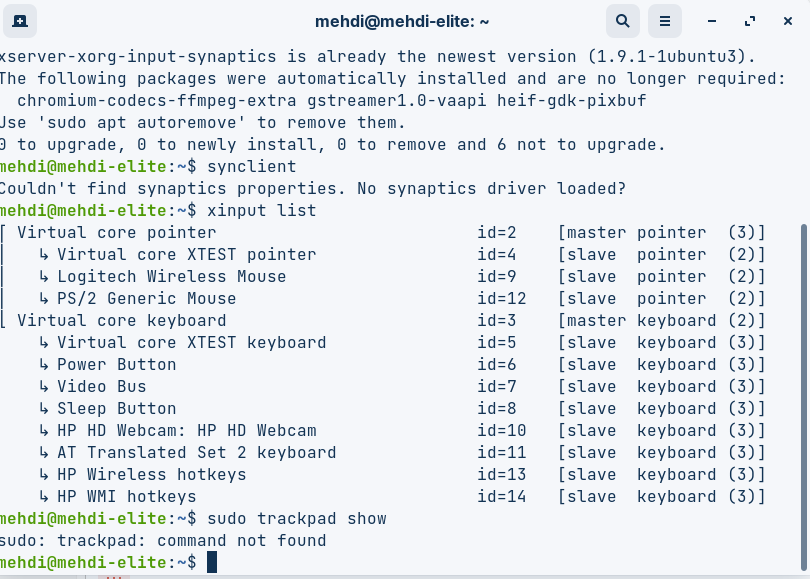 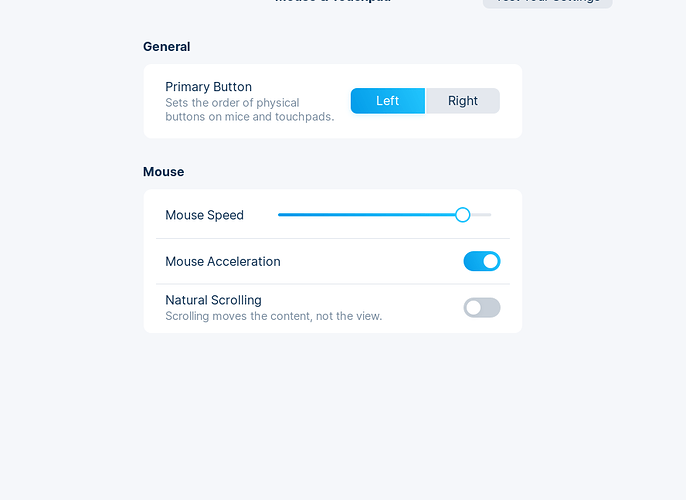 What is the output of

What year model is your Elitebook?

There are two possibilities that come to mind:
Libinput or the Linux kernel.
Since you had tried installing Xorg-Synaptics trying to troublehoot the issue, it seems unlikely to be Libinput.
You might try either an earlier kernel or a later kernel... Given that at this point, you should be using the 5.13 kernel on Zorin OS through the updates, and it being a 2015 model, I would not assume that a later kernel would help.

Reboot and use Advanced Options for Zorin to boot from the 5.8 kernel. Once you reach the desktop, double check with

I am so sorry that I have been bugging you again and again but it is still not working. Nor is the trackpad still detected.

should take care of that. Zorin OS is now using the 5.13 kernel. You may have just not run your updates, yet.

I wonder if your Elitebook is using Elantech...

It still shows 5.11.0-46 even after running the query in the terminal

And relay that output here.