I think your issue is related to this recent bug:

Approx. after Sept. 6th 2021, if you updated your copy of Zorin OS 16 and got the 5.11.0-34 kernel, you may experience black screen on logging in. This may primarily affect Nvidia users. Solution: Boot into the Recovery Menu by tapping or holding the left shift key at boot. From Advanced Options for Zorin, select to boot from the working 5.11.0-27 Kernel. NOTE: Getting reports that initially, updating the Graphics drivers allows the 5.11.0-34 kernel to work - but then it crashes later. The b…

I am currently reverted back to -27 kernel and pinned it till the fix comes.

oh yes we've talked about it earlier in the thread, the kernel change definitely works

People on the linux mint forum also report issues with this kernel, weird that i am not affected lol.

weird that i am not affected lol.

I think it only affects NVidia users.

4 posts were split to a new topic: Zorin 16 with Intel graphics got blank screen

I think it only affects NVidia users.

That is correct, after kernel update i only had to reinstall my nvidia driver from the nvidia site. Running the 5.11.0-34 kernel since it popped up as update.

after kernel update i only had to reinstall my nvidia driver from the nvidia site.

That is one thing I did not try.

I just rolled back to -27 and decided to wait for next kernel update.

I wonder which one is easier for beginners - roll back to previous kernel or install NVidia driver manually.

I am new to linux as well, i managed to do it.

[How to] manually install Nvidia driver on Zorin 16 Tutorials & Guides

Today i reinstalled zorin os 16. I found some tutorials to install nvidia manually BUT they all did NOT mention step 5 from below. Nvidia installation from the nvidia site: Download the official Nvidia Driver and place it in the home folder Write in the terminal: sudo apt install build-essential libglvnd-dev pkg-config Disable Nouveau Nvidia driver, write in the terminal: sudo bash -c "echo blacklist nouveau > /etc/modprobe.d/blacklist-nvidia-nouveau.conf" sudo bash -c "echo options nouvea…

I am new to linux as well,

You are very advanced beginner

I am thinking of someone like my daughter-in-law who almost exclusively uses GUI.

I did learn years ago with mint 17.x, after that i returned to windows 10 because of the games i played.

Since i used mint i was always like...someday linux will be my os to run. Because it can be heavy customized and respects the privacy of its users.

A month ago i saw good reviews about zorin os 16, decided to give it a chance and pfffff i felt in love with it. In the days i tested linux mint 17 i tried zorin as well, but i had alot issues with it 8 years ago. Now its super stable and i didnt encouter the freezing issues i had back then with mint 17.x and zorin.

So as my daughter-in-law

She could not stand it so I had to replace it with Peppermint OS for her old netbook. It seems either one likes Elementary or dislikes it ...nothing in-between.

Anyway, you sound as proficient as myself if not more in Linux.

The weird thing is, i always keep comming back to (or thinking about) linux because i want to learn how things works and i want to get rid of windows

. The only thing why i still have windows in dual boot is because i need to sort out how i get some games to work under linux.

Since i got a daughter (baby) 1 month ago i dont even have time to game, i keep booting in zorin anyway haha.

Since i got a daughter (baby) 1 month ago

Linux is a great OS to experiment with.
One great advantage is that we can install/uninstall/reinstall it as many times as we want without bothering with activation with M$.

Anyway here is a screenshot from my kernel and nvidia driver. No issues here with the kernel and very stable. 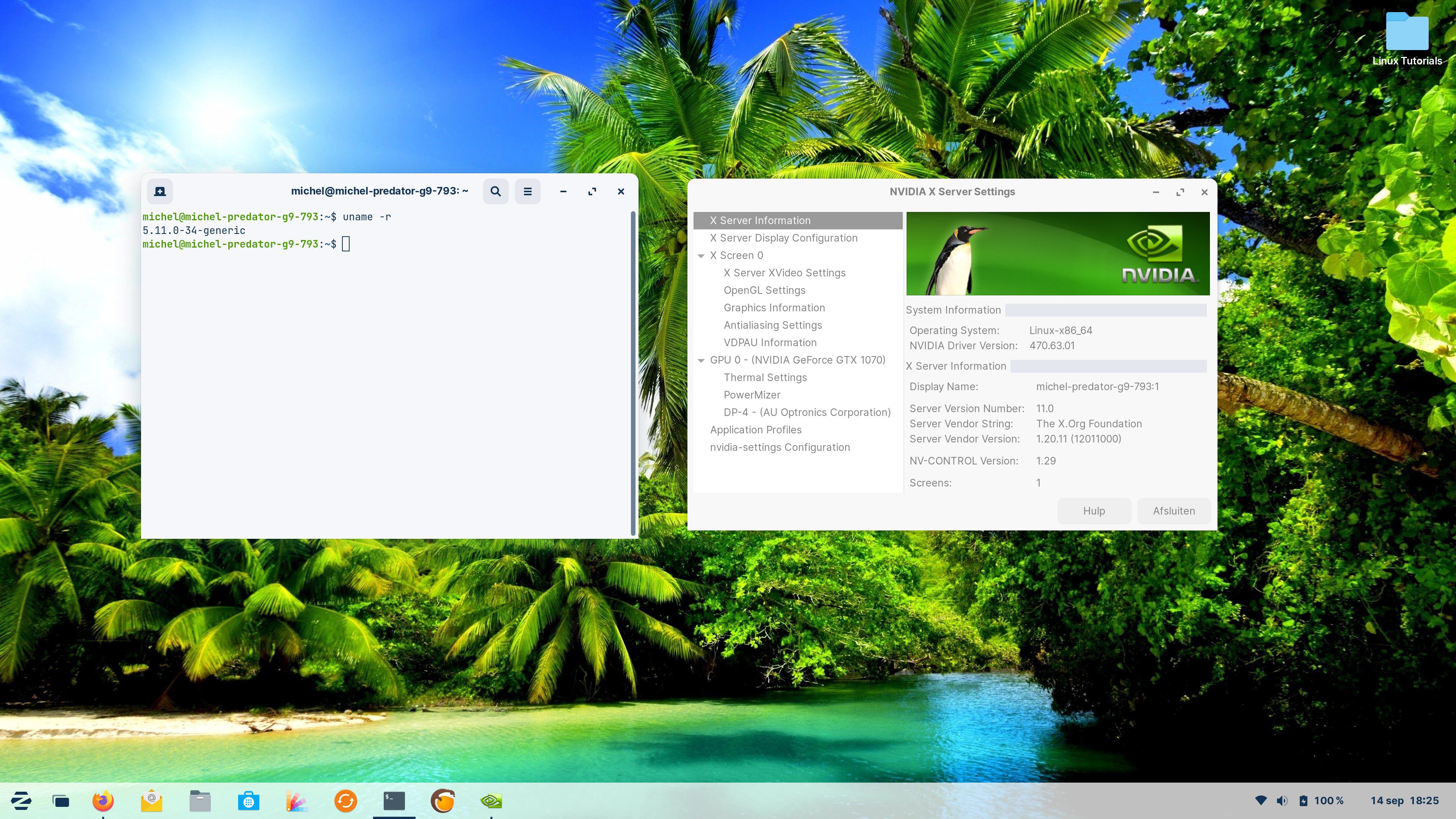 Anyway here is a screenshot from my kernel and nvidia driver. No issues here with the kernel and very stable.

Thanks for this additional info!

Kernels and Nvidia (and AMD too) can be pretty hit and miss. Some people have no issues - Some do.

Kernels and Nvidia (and AMD too) can be pretty hit and miss. Some people have no issues - Some do.

You think the actual model of GPUs makes a difference?