What a creature is it? 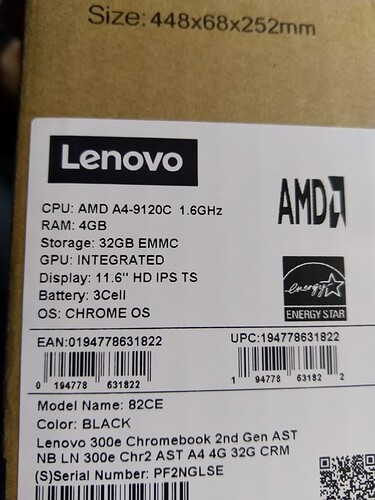 Bourne,
Is that yours? Those are very low spec. But i know you already have a heavy duty gaming desktop.
Why would you buy a chromebook?

This is not my. Some julafta gave. Sorry some miss words that why put norsk words. I working still on my gaming pc.

Bourne, you should not speak diff. languages all at ones. Your english already takes some effort to decipher.

But Oke, how come its a Christmas eve gift. I don't no about your calendar but mine is saying, today is 11 december. If it isn't yours why are u posting/showing this?? I mean what's your point?

It is arm processor? If this arm then not to much choice operating system on that can be installed. I check this more info on internet. You can closed this topic.

OK, I now somehow understand what the meaning is/was.

I didn't know it is/was something for guessing, you quiz master. But you already solved it. Good job, Bourne.

I installed Zorin OS on a Galaxy S6 cell phone. It cna be done.

What version can installing Zorin OS on mobile? What android version need minimal or specification? Did you using a some tutorial webside?

I found it look here -

Any advice on how to install Zorin on a tablet? Installing Zorin OS

But I also want to know how. I already discussed this on a topic with user Mouratti, who tried to install the lite version on a tablet.

I have a 8 inch Android tablet with a x86 processor 2GBram and 32GB (possible emmc, not sure), never use it, so would like to install a lightweight OS, but don't know how to bypass the bootloader.

Maybe this little help or you watching that? 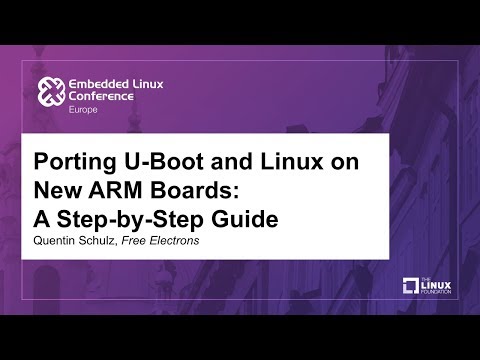 I don't know if google not filtering and delete some searching. Reading a piratebay is denied on google search.
How to Install Ubuntu on Your Desire/Android | XDA Forums little old.
The modification can be done using Windows 7 on CyanogenMod 5.0.8 and Defrost2.0c ROMs. The ROM is important to a successful Ubuntu installation.

Watched it with fast forwarding.

Not gonna try that, it's way to complicated. And if it's done, I'm not sure everything will be hardware/software compatible. You don't wanna spend so much spend time trying and to end with a frozen tablet.

I'll just wait for a ARM version, thank you.

It was over a year ago that I did that. It was... tedious and very involved and I have forgotten by now, most of the steps.
It's not something I want to repeat LOL

How to Install Ubuntu on Your Desire/Android | XDA Forums maybe this?

And?
Were all the major features working, like wifi, bluetooth, sound and touch?
If not, then you just installed it, but it was not compatible/useful.

By the way a good user, knows he should write down the steps/leads, so he could someday spread/exchange the knowledge with his Zorin forum colleague's.

Were all the major features working, like wifi, bluetooth, sound and touch?

You know, I never tested bluetooth? Sound, Wifi and touch all worked without any additional configuration needed.

By the way a good user, knows he should write down the steps/leads, so he could someday spread/exchange the knowledge with his Zorin forum colleague's.

Funny thing... I never wanted to.
Because that would open a can of worms of troubleshooting all their issues. I have enough on my plate.

I do have Android X86_64, PhoenixOS, RemixOS and PrimeOS installed along with ZorinOS on a different mini pc. They can run because of the pc specifications. The pc drivers get recognized by the Android OS's.

I boot the straight from my SSD. It's not touch though. But everything works fine. I am able to install most of the apks from google store.

Yes I remember before on 15.3 i can installing app from google and now i cannot. This something changed or i missing something?