Which are all the Linux distributions you have ever used (on bare metal/VM)? 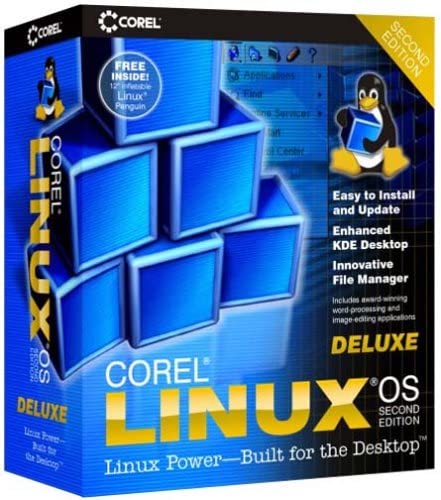 Edit: I did tried Fedora for an hour 1 before I trashed it.

Ahhh I'll make a attempt of my following of the Penguin...

Mandrake First experience and enjoyed, purchased at a 75 % off store that no longer is around was ver 7.0
Mandriva
SUSE
openSUSE
Ubuntu
Ubuntu Studio
Manjaro
MX Linux
MEPIS Second experience and enjoyed
Linux Mint
Zorin OS Everyday driver most reliable one every for me
Garuda my KDE Plasma playtoy
Chrome OS
Slackware

... and of course others I have forgotten over time

the first distro for me to try linux was Fedora, it make me hate linux, it was not stable and it was crashing with me every day,I hate it very match , I only talk about my personal try , may be it became better now, or may it's not comp-table with old pc or some hardwares, the second thing i have tried was opensuza , from the first touch because of the crazy install ion of it , I have formated and lost all important data on my desk. zorin make me love linux and I became linux user now

And a bunch of others that I have lost count

As a desktop - only Zorin

In no specific order apart from the first one (all on hard metal):
[My first ever experience was Knoppix 1.9 in live mode - even talked to say "All systems operational" in Borg 1 of 9 voice. Klaus Knopper wrote Knoppix in dedication to his wife who is blind.]

Mandrake 10 - which I managed to screw up - I couldn't afford broadband at the time - only had dial-up at home. Downloaded the updates in my lunch break to CDs I took into work - and broke the install when trying to update manually! LOL! Discontinued as Mandriva (DistroWatch.com: Mandriva Linux)
SuSE Linux 9.3 Professional (Cost me £43) (SuSE Linux Professional 9.3 : SuSE Linux Products GmbH : Free Download, Borrow, and Streaming : Internet Archive)
Freespire 1 and Freespire 2.0 - community versions of Linspire, much better at hardware discovery than Knoppix 3.1 that was out at the time when using to recover a students corrupt floppy disk in live mode! It has been given a new lease of life with BlackLab Linux but it looks nothing like as cool as the original!
(Distribution Release: Freespire 1.0 (DistroWatch.com News))
Musix (from Argentina) (Musix GNU/Linux – ArchiveOS)
AVLinux 6.0 (AV Linux MX Edition |)
Wolvix Cub and Wolvix - great drill-down for graphics on an ancient Toshiba Satellite CD4030 Pro. Had to use Plop Boot Manager to recognise booting from external CD rom drive. (DistroWatch.com: Wolvix GNU/Linux)
DreamLinux (sadly defunct) (DistroWatch.com: Dreamlinux)
Epidemic from Brazil (great bio-hazard splash screen - would have loved to have spread that across a Windows Network!) (DistroWatch.com: Epidemic GNU/Linux)
gNewSense - didn't stay long as it has no proprietary blobs and would not even pick up ethernet! Discontinued (DistroWatch.com: gNewSense)
Trisquel 5.5 and 6.0 (https://trisquel.info/)
Linpus Lite (for netbooks) (DistroWatch.com: Linpus Linux)
Berry Linux (from Japan) (DistroWatch.com: Berry Linux)
Ultimate Edition from 1.9 to 14.4 (http://ultimateedition.info/)
Oz Diamond II-B (an Australian derivative of Ultimate Edition - my favourite) Ultimate Edition Oz is sadly no more - here's a video of Diaomond II-B edition OZ Diamond II-B (final) - YouTube
linuxfreack did a lot of the exceptional walls for this release.
Vector Linux (I paid for the DeLuxe 2 CD Set isos - can't remember what I donated) currently dormant (DistroWatch.com: VectorLinux)
Sabayon (favourite was 3.3) (https://www.linuxexpres.cz/distro/sabayon-linux-3-3)
Gentoo 10.0 Anniversary edition (Distribution Release: Gentoo Linux 10.0 (DistroWatch.com News)) Remember it had great Matrix wallpapers.
Voyager (https://voyagerlive.org/)
PCLinuxOS - favourite was 2007 - loved the industrial floor boot screen with blue globes lighting up left to right during boot! (DistroWatch.com: PCLinuxOS) Bit of controversy this distro - the principal developer took a 12 month sabbatical and on his return, was removed from office - a bit like Gaël Duval, the founder of Mandrake Linux was fired after Mandriva (merger of Mandrake and Connectiva Linux) started losing money) who then setup Ulteo Linux and more recently the e.foundation - where I got my unGoogled smartphone from!
ELive (with Enlightenment DE) (Elive 3.0 Stable - Download)
Netrunner (project merged with Manjaro last year came with something akin to Zorin Plus (moving image background but went one better as it also supported Gif wallpaper)) (DistroWatch.com: Netrunner)
Linux Mint 8 and 9 briefly (LXDE) but found it to be 'boring'!
Makulu Lindoz (LinDoz – MakuluLinux)
Ubuntu from 7.10 up to 10.10
Zorin from 4 upwards but left shortly after I destroyed my Zorin 15.3 Pro install by accident and then discovered Devuan 3.0 ('beowulf') My triple boot installation video of Zorin 4.0:
My Veoh
MacPup - discontinued (DistroWatch.com: Macpup)
PuppyLinux (https://puppylinux.com/)
FeatherLinux - discontinued (DistroWatch.com: Feather Linux)
Tiny Core (DistroWatch.com: Tiny Core Linux)
Pear Linux up to 8.0 - the Debian version 3.0 was a disaster. Discontinued (DistroWatch.com: Pear Linux)
Fedora 3.0
Antix 18 (https://antixlinux.com/)
LXLE (https://lxle.net/)
MXLinux 19.04 (https://mxlinux.org/)
Feren OS (https://ferenos.weebly.com/)
Mageia - briefly but didn't like it - not as polished as the
Mandriva it was meant to replace. (Home of the Mageia project)
LinuxXP from Russia - what a con that was - install then pay for access! deleted!
Utoto (and that wasn't in English!) - discontinued (DistroWatch.com: UTUTO)
GEUbuntu - a distro with enlightenment but it had to lose the Ubuntu name - Canonical using strong arm tactics so it became OpenGEU (DistroWatch.com: OpenGEU)
Vinux 2.0 (emphasis on Accessibility) (https://vinux.org.uk/)
Lycoris 1.4 (Amethyst - Community Edition) - wished I had purchased the official release and its Gamepak - the car racing game looked stunning! Was bought out by Connectiva/Mandrake/Mandriva. Lycoris LX was the main release: https://distrowatch.com/images/ktyxqzobhgijab/lycoris.png
Bodhi Linux (https://www.bodhilinux.com/)
Sparky Linux with multiple DE's included. (https://sparkylinux.org/)
Solus - never again!
Q4OS (https://q4os.org/)
Linuxfx (https://www.linuxfx.org/ - too much like Windows 10!)
CentOS 5.5 (https://www.centos.org/)
Peppermint - now to googlefied for my liking! (https://peppermintos.com/)
Deepin (Deepin Technology Community)
Ubuntu MATE (https://ubuntu-mate.org/)
Haiku - but you can't do a lot with it! (https://www.haiku-os.org/)
Artix (Arch based systemd free) - had a roundabout way of installing the printer but it did not work - Canon is not listed in 'Printers'!!!! (https://artixlinux.org/)
Xandros 4.0 Community Edition (remnants of Corel Linux set up Xandros who Michael Robertson of Linspire fame sold out his company to them without approval of the Board of Directors!) Discontinued - (DistroWatch.com: Xandros Desktop OS)
Devuan 3.0, 3.1.1, 4.0 (uses the superior SysVinit boot system over systemd) (https://www.devuan.org/)

I've used Kali Linux to recover from a partition issue in live mode to get e2fsck to run to correct issues. (Get Kali | Kali Linux)

What I would love to do is create my own from scratch with no systemd, no pulseaudio, with ALSA as the only sound software!

This is in order:
Mint
MX Linux
Ubuntu (did not like, went back to mint)
PopOS (short-lived)
Manjaro
Arch (Stayed the longest, but Zorin is catching up)
Fedora (did not like, went back to arch)
Endeavor OS (I Liked alot)
Solus (I liked, but it felt like arch with fewer packages)
Void Linux (Too hard to get working perfectly in my time constraint)
Artix (but too many things to fix and not enough time)
Finally, ZorinOS.

Notes: I do want to give void a try, but their TUI installer doesn't support other DEs or encrypted installation. I also tried alpine for an hour before switching to arch.

Way too many to remember after using Linux for 25 + years. Most of the ones on swarfendor437's list.

I do miss the original version of Pardus. MenuetOS was interesting to look at and they still have a diskette image available.

Pardus was one that I had intended trying out. Such a shame it died as it looked really good!

Glad to hear I was not the only one having issues with Artix!