Which one is Your Favorite Operating System and Why?

Chromebook is Lighter, But I also want advanced features that are not made for MNC marketing.

I am Using Ubuntu in my Mac, which made it faster than its original OS and I also like the graphical interface more than that of mac

Security, lack of snapd, flatpack, pulse audio and systemd only leaves me with two choices. Devuan 3.1.1 and Arctix yes even Arch apparently uses Systemd. Systemd and pulse audio were both written by Lennart Poettering, employed by Red Hat. Red Hat is politically motivated to force both systemd and pulse audio to be adopted by all the other well known GNU/Linux distributions. Red Hat has had a long term aim to remove /etc from GNU/Linux which would prevent you from editing configuration files. In Devuan 3.1.1 my desktop of choice is Plasma (KDE). I do have other desktop environments installed to see how they fare after removing pulse audio via Synaptic and installing all ALSA packages, including the pulse package. Whilst sound does not work system wide in Cinnamon, launching the video player and watching youtube videos I do get sound. Bizarre isn't it. I would have liked to stay with Arctix but Canon is not even listed under printers. I did manage to install the printer on advice from Arctix forum but it just would not print. I wasn't going to fork out on a new printer just to run Arctix.
2025 is when I will no longer be on the internet as here in the UK the copper network will be switched off so my PSN, Netflix and Disney streaming will come to an end. On the plus side I will be saving £773.88 on non-essential services.
Forgot to mention that I prefer Devuan as it uses SysVinit not systemd. I had to downgrade from Devuan 4 as it would not pickup second monitor. Might try Devuan 5 on a spare drive one day to see how that fares.
But if I'm really honest Amiga Workbench 3.1 on my Amiga 1500.

This question is interesting. I don't have favorites OS but mostly using two. If depends what i want. I tested many operating systems. Windows 7 and Zorin are on daily user.

There is no reason to struggle. You can use the search function of this forum for help with anything you don't understand. Or if you don't see any answers there you can start a thread and ask for help. There are several very knowledgeable people on this forum that are here to help those of us that are new to Linux. I have been only using Linux for about a year now but with the help primarily from this forum I now feel pretty comfortable with Linux.

To answer the question of this thread. My favorite OSes are Zorin and Linux Mint. Using Cinnamon DE on both of them allows me to set things up just the way I like them for easy workflow and use.

Chromebook is ok and maybe lighter but every time when you login you need wrote a password. I have one chromebook not to much using.

For me Chromebooks are Cheap mosquito bats

Yes. Battery also is faster down.

Should I Consider investing in a PC or Laptop preinstalled with windows?

The whole story is,
I had an image of linux as working on tiny core(totally hectic) So, until I found Zorin linux was a nightmare for me!

Favorite OS is subjective, for personal Use it is well Ubuntu(Zorin), But when talking about a corporate environment, a MS ecosystem is easy to deploy manage support and maintain, and works well cohesively. while there are other alternatives such as jamf most aim to bring alternative OS into the ms ecosphere. Which is why I excitedly look forward to Zorin Grid although i know that is probably a ways from being available. Schools have found better success with Chromebooks and apple ecospheres when setup correctly as they offer better leverage on the physical device itself and in chromeos limited capability.

So tldr my favorite OS is whichever one fits the use case.

Actually it is 16 mb

It is actually only a Command Line Interface

Yeah, It really scares new users who are trying to switch toward's Linux. 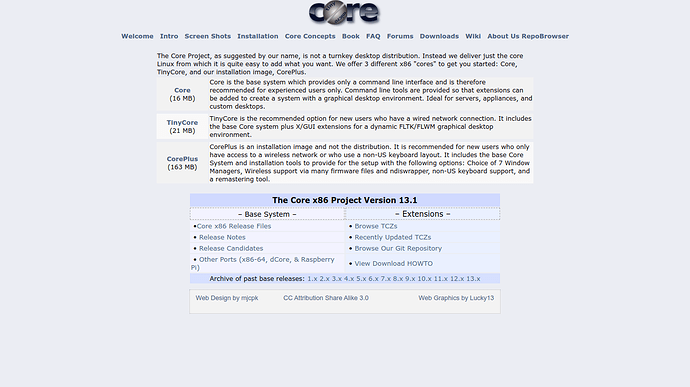