I've only just learned the Zorin menu is a custom application not associated with other distributions. It works perfectly fine, but I was wondering if there is now, or a future plan to enable it for multiple monitors?

Right-Click the Taskbar -> Taskbar Settings -> Position -> Display on all Monitors 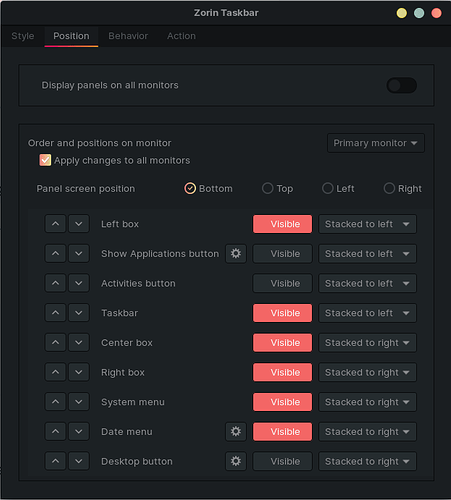 Thanks for the reply. I wonder if we are talking about the same thing. I would like this on all monitors: 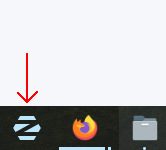 Additionally, I've always had "display on all monitors" enabled, but I don't see the Zorin menu as included in this.

Yes, Its the Same, you might have to add the Menu to the other monitors, but that will span/enable the panel across all monitors. So change the drop down from Primary to another monitor, and then should be able to enable the menu and applications ect, by marking them visible. just mirror the primary monitor on your system.

I must be confused. Are you saying I can triplicate the Zorin menu icon (like the Start button in Windows) on a multi-monitor setup in Zorin?

edit: Ok, I see now. The "Left box" in Zorin Taskbar controls the Zorin menu icon. I'll see if I can make it work.

If the "Left box" taskbar item in Taskbar settings is the Zorin menu icon, then toggling visibility does not make it visible on non-primary monitors. I would have thought checking "Apply changes for all monitors" would take care of this. Unfortunately for the interim, unless somebody proves me wrong, Zorin menu can not be triplicated to other monitors.

Sorry I had to go use my son's computer as I only have a single 34-in monitor. So after enabling expand panel across all monitors add a new panel set the panel width to 100%, so it goes across the whole screen and then add menu items. Preference -> Items -> Add. Zorin Menu is at the bottom called Zorin Menu lite 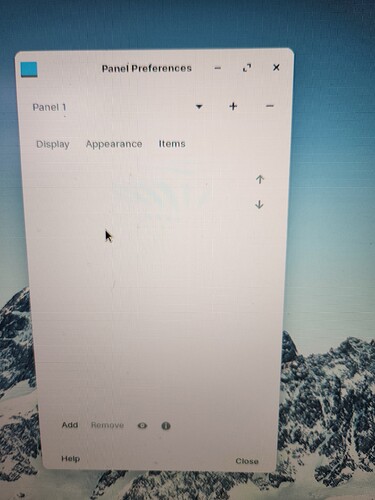 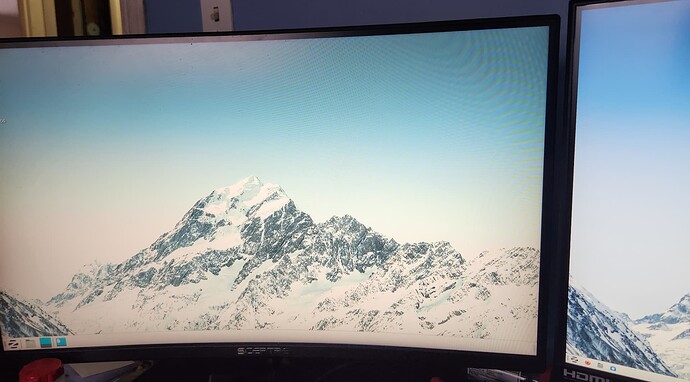 @seanhinkley 's DE doesn't seem to be Gnome. Zorin Core's Taskbar is implemented by extensions of Gnome. Apparently, due to technical limitations, it is not possible to make the extension function outside of the primary display.

That's the 16.2 Pro live USB, nothing installed or modded (bottom two pictures on the dual display). My desktop (top pictures) are 16.2 pro with Mars theme and candy icon pack.

But as shown in the bottom picture with the two monitors the task bar will work on multiple monitors out of the box and that desktop has a 3070ti so works with Nvidia drivers as well.

So after enabling expand panel across all monitors add a new panel set the panel width to 100%, so it goes across the whole screen and then add menu items. Preference -> Items -> Add. Zorin Menu is at the bottom called Zorin Menu lite

I am using Zorin Core 16.2 and have never seen such a preferences. How can I do this? 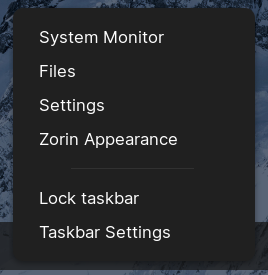 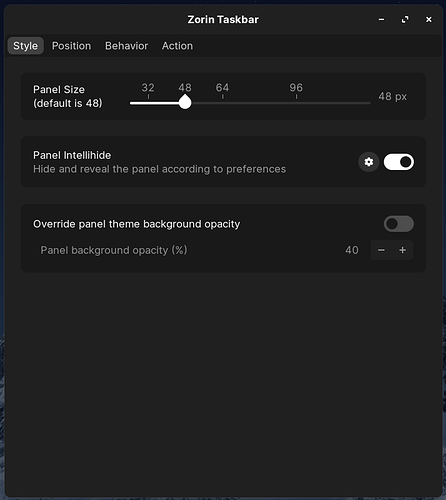 maybe ill steal a kids monitor later and try on my desktop. where i can do a step by step.

Running Ubuntu with multiple monitors having a panel each

Can I do it without Nvidia?

I concur with the constraints described by others here, in that I also have no panel options in Zorin Core 16.2. Otherwise, I have an AMD GPU if that ties theories together.

@Anfo yeah i tested on my laptop as well, no menu with intel graphics, seems to only appear with nVidia graphics on modern cards, 30x and higher as it did not show for my media server running a 790. but that doesn't use the modern nvidia display driver.

@AZorin any thoughts on this?