I installed Zorin OS Core today. And it was laggy a bit from the start. Then it stopped and now it started again. When I’m in apps and when I scroll it laggs. Especially in Firefox. I reinstalled a fresh PC and I don’t have dual boot. My specs are:
Intel Core i5-6600
2x8GB DDR4 2133MHz RAM
3TB HDD
256GB SATA III SSD
GTX 1060 6GB GPU

When I had Windows there were no such lag. And my memory usage is anywhere from 4GB to 6GB and CPU usage from 20% to 40%. So that’s not the problem.

gnome-shell uses most RAM about 955 MiB
I checked those settings and its set to latest drivers, nvidia-driver-460 (proprietary, test)
I have one GPU, GTX 1060 6GB from MSI

Can you provide the output of inxi -t cm? Since 4~5GB RAM is being used by other processes, do you mind closing them and just running the command with no other applications running?

Additionally, after checking your updater settings, check your Firefox version in Synaptic.

Can you terminate Discord and check Firefox lag (and any other application lags)?

I did and lag stopped. However I think it stopped even before I closed it.

With your machine specs, even at 60% CPU, you should not be seeing lag like you are describing.
Did you confirm all lag stopped after terminating Discord?

Well I opened it again as soon as I sent reply and I still don’t have any lag.

Well, are you thinking Carmar nailed it, then?

I guess. But I won’t close the thread yet in case problem repeats like last time.

Two other instances pointing to Discord as the likely cause:

When using discord and any app other app it starts to freeze up a little… not long, most oftenly when starting to talk or stopping to talk.

Can confirm here, if i have discord running and then i have a youtube video running, things botch up. its odd. Thanks!

Naughty discord. Alright thank you Carmar for following up!

Actually, you were the one on your thread who reported the potential bug, so thank you for that.

I totally did not realize that wasn’t my thread hahaha

A post was split to a new topic: Lag while using VLC

3 posts were split to a new topic: Lag specially with mouse

I just installed a fresh copy of Zorin OS 16 Pro and all the sudden it just lags even when I rebooted my PC, I do have dual boot from windows because I have Adobe products in windows.
Here is my specs:
Dell G3 G3590
Intel i7 9750h
16gb ram
GTX 166P Max-Q 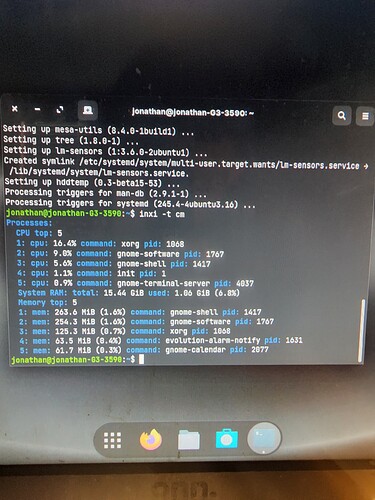