Budgies and other featherd friends 🐦

Awwww FrenchPress, you brought heaven to my screen, I am totally mesmerized by all the beautiful USB keys. So far, I spotted two special ones I am liking so far. One that has a pink peral necklace looking lanyard chain, and one that looks like a Snoopy doggy lanyard fob.

I also love how you organized all the USB keys, based on their respective containers that they belong to, way to use tupperware containers to organize! You knew I was gonna love this picture, and you would be right.

Is that a Linux Budgie?

Is that a Linux Budgie?

I didn't know what a Linux Budgie was, so I looked it up and found this. 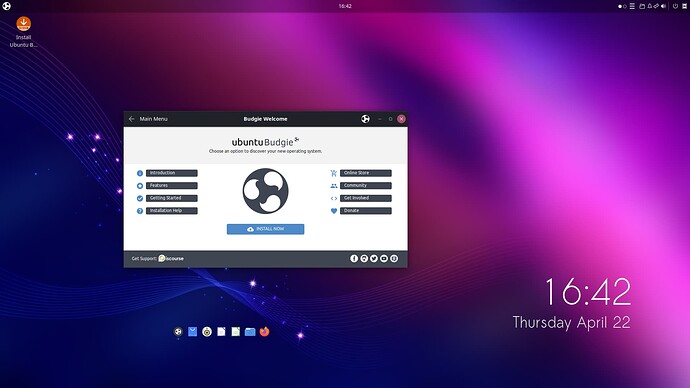 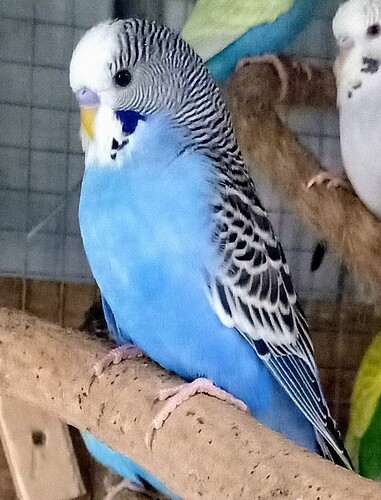 Thats one of the most beautiful birds I have ever seen. I really love that picture, thanks so much for sharing!

Ain't very friendly either.
Sometimes he will sit on my shoulder. Not often. Usually he just makes a lot of noise.
It's been so long... I honestly have no idea how I got him. Somehow, in years past... I ended up with a budgie.
He's yellow and blue.

I think the trick to noisy birds, is to put em in a room that has acoustic sound deadening foam all over the walls, ceiling, and floor. This way you hear yourself think and survive.

Back when I was a little kid, my mom had a Parot for awhile. And it was also mean, it hates its life in a cage, and boy it let you know it. Constant shrinking nonstop, couldn't hear yourself think.

Well, my mom didn't know what she was doing, she wasn't a real bird owner, and didn't know all the do's and don'ts. And what does a tiny tot know about birds either? Well of course not.

Eventually, someone convinced my mom to get rid of the bird, best decision she ever made. Yep, the bird had a mean streak alright, you didn't dare put your hand in that cage unless you wanted to lose a finger. It was a bighter.

Like I said, when you see TV shows of animal experts who own birds, yeah, those people are always licensed owners who know what they are doing. The majority of bird owners in America are clueless like my mom was.

The majority of bird owners in America are clueless

Just like me.
Our Budgie is not mean, just cold. He's not a biter, really. He tried that once years ago. He hurt his beak trying to chew on my rough finger.
He never tried that again.
He lives in a large Open Cage near the window. He flies all over the house, though. Fortunately, for reason I do not understand at all.. he only makes droppings in his cage. The only time he gets confined to his cage is when I need to open up and chock the house doors for whatever reason... Moving some furniture in or out.

Sounds like your Budgie has a better life, and I thank you for that.

What my mom did was wrong. Once you know a little about Parots, you just realize how wrong my mom was. I've watched documentaries on parots. They are family birds, that is a quality they share with humans.

They are happiest when they are with their family group, flying around, and doing what they do. Ever see them do a mating dance to court females, its fascinating stuff, much like how Peacocks do their little song and dance to impress females as well.

But to keep a single parot locked up in a cage 24/7, its just wrong, and thats why that parot hated its life and everyone, it wasn't meant to have a life like that.

You can be put in solitary for a certain amount of time as punnishment. But, not permenant. Anyways, like I said, your bird has a better life. But parots must be with other parots.

There was this lady I was watching on Youtube, but the video's were taken from a TV show. She had a whole family of parots at her place. She was training them and everything, flew all over the house.

But she knew what she was doing. You could tell she was an expert, she knew how to train them, she knew how to gauge the moods of her birds, and alter accordingly. She knew just how far to push them in training, and when to quit.

Uh... shall I create another thread about pet birds for you guys?

Before @Aravisian uses his steel-toe to boot us,
I used Moderator's Magic Wand (TM) to transfer us to the new thread.
I think everybody should be happy excluding Mr. J S who insists we should not talk about subjects unrelated to Linux 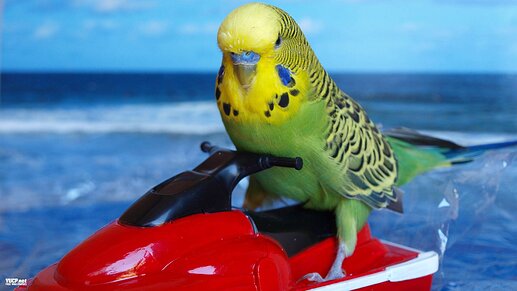 Ohhhhhh, Mr. J would like us to stay on topic does he? Well, since were on the topic of birds and everything. How about I send this guy to pay him a visit? 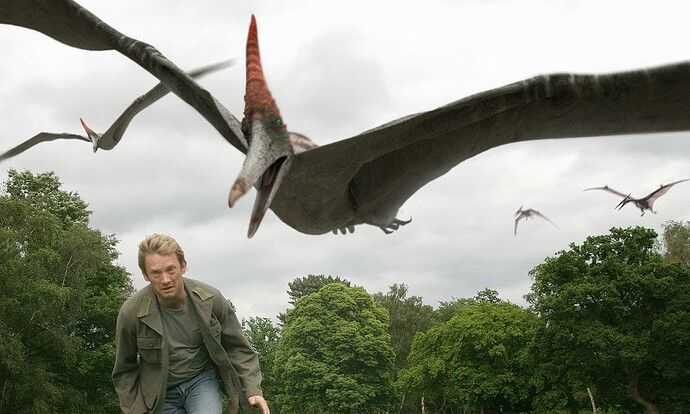 You see how perfect this is? Its completely on topic, and it also solves a problem at the same time! And that my friends, is your winner winner, Mr. J dinner.

So, can you beat that, I manage to stay on topic, deliver a message, and make some people laugh their buttybutts off. HAHAHAHAHA

Its the simple things in life we treasure.

I love cool Budgie. I will name him Skeeter hehe

I manage to stay on topic

[moved the thread to the Lounge area as a precaution]

The only sound Mr. J is gonna hear when my teradactyl friend pays him a visit is this. 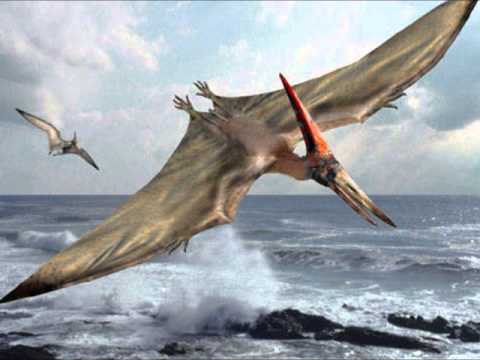 Back to the Linux related Budgie,

Budgie is a desktop environment that currently uses GNOME technologies such as GTK (> 3.x) and is developed by the Solus project as well as by contributors from numerous communities such as Arch Linux, Manjaro, openSUSE Tumbleweed and Ubuntu Budgie. Budgie's design emphasizes simplicity, minimalism and elegance. The Solus Project will replace all GNOME software and technologies in the upcoming Budgie 11 release. Currently Budgie desktop tightly integrates with the GNOME stack, employing underly...

I think their logo is the cutest of all desktops I know.

It seems to be more closer to the GNOME than Cinnamon and Mate which are also fork of GNOME.