Hello,
I start to use Zorin. Unfortunatelly i come accross pretty big issue on my side, that i cannot use usb/disk that has password protection created by me with windows bitcloker. Every time i a trying to open my disk i get msg:

BitLocker Drive Encryption is a data protection feature that integrates with the Windows operating system. When activated, it will encrypt the contents of the hard drives in Windows, making the data inaccessible without the correct decryption key. It is designed to minimize the risk of data theft or exposure from lost or stolen computers.

If you plan to install Ubuntu side by side with Windows, you need to take into consideration the operational setup on your computer.

If you decide to proceed with the third option, you will need to do the following: 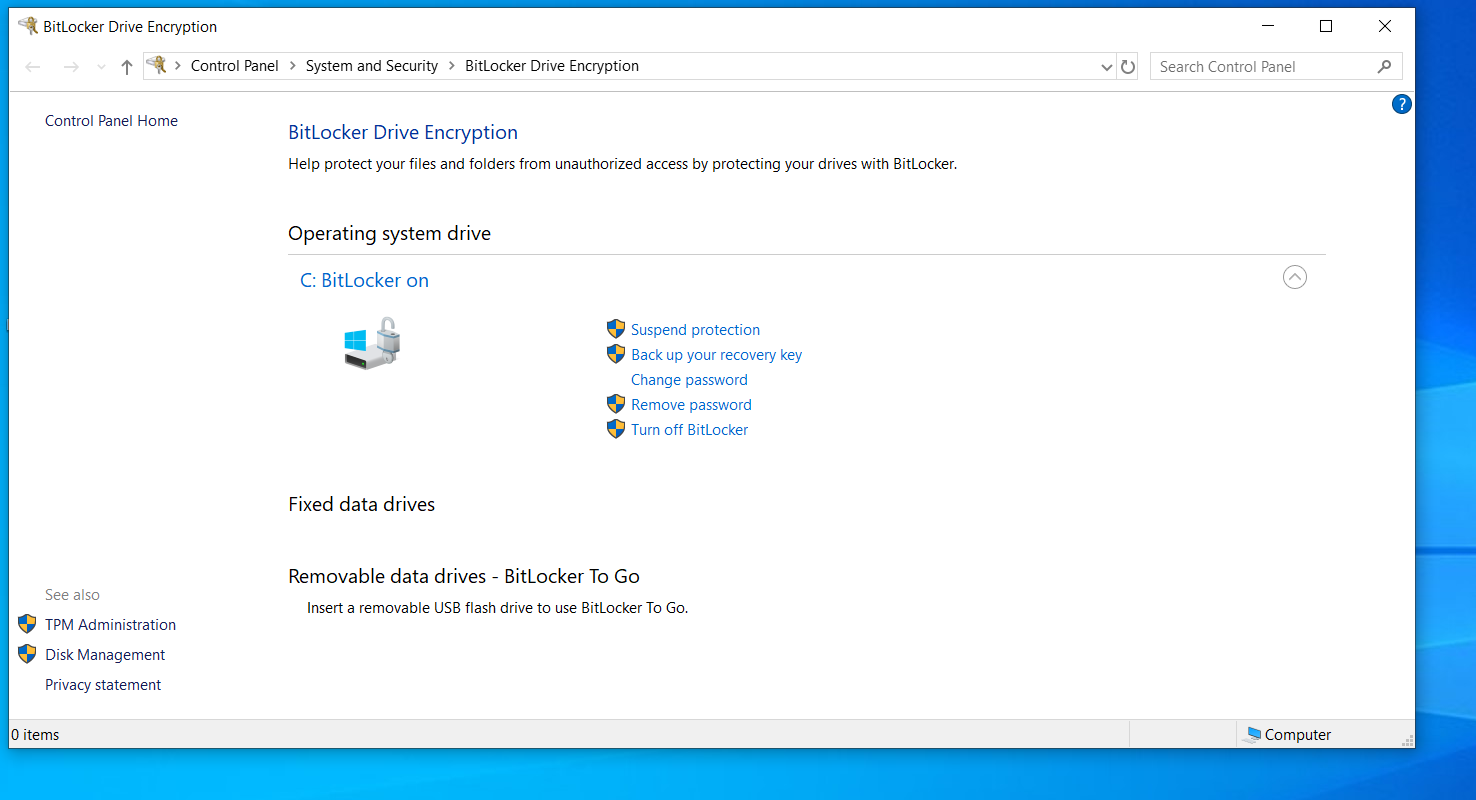 Windows will now inform you that it is going to decrypt the data.

This process can take a little bit of time: 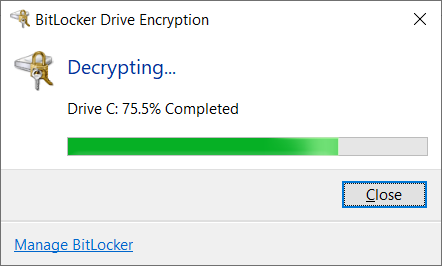 Hi,thank you for taking look into matter.
What i meant is:
i have data like docs, files that i always store on pendrive with password protection.
Now when i try to access data from my pendrive, i cannot do that. Is there any solution for that issue or i have to go into other linux distrubition?

I installed system with LVM system file, maybe is better to go with ex4?
Can anyone confirm that on ext4 bitlocker function work fine?

So i reinstall system to ext4 and it doesn't help

Maybe this can help: Mounting a BitLocker encrypted usb drive on Ubuntu Linux

Other options you can consider are Veracrypt and Cryptomator. Both are cross platform and have the slight downside that they must be installed in every machine in order to encrypt/decrypt data from the usb. Note that Cryptomator does not encrypt the usb drive itself, but rather individual folders so you can combine encrypted and non-encrypted files and folders.

As an aside, when formatting the USB, if you intend to use it with both Windows and Linux machines, choose NTFS or FAT32 (only if NTFS causes issues). Otherwise EXT4 is the probably the better option.

Thank you Zenzen, i will check veracrypt .
Would you confirm or not if that is global issue or it has something only with my Core Zorin configuration?
For the distrubution that is very user windows friendly, not accessing usb disk with bitlocker password protection seems like massibe issue. I checked in Lubuntu, Xubuntu, Ubuntu, Fedora and those system hadn't got any issues to accessing my disk with bitlocker without any additional software.

Unfortunately I cannot answer that as I've never used BitLocker myself. The fact that it works out of the box in other distributions makes me think ZorinOS is not using any compatibility for this feature in particular.

For the distrubution that is very user windows friendly

Just real quick I'd like to make clear that the goal of ZorinOS is not to become a feature-by-feature clone of Windows or MacOS. It's goal is to provide an alternative that reassembles those environments to make as smooth a transition as possible. Still, it's a different operating system and there will be fundamental differences that may or may not be overcome easily.

As mentioned in a previous post, Bitlocker is a Windows-specific tool. There may be attempts to bring the functionality to other operating systems, using tools like dislocker, which is probably what other distributions include by default.

Why this hasn't been implemented in ZorinOS is up for debate. I would guess it's just not something many people use or have replaced with Linux-specific alternatives. However there are others who have reported similar issues recently, so it may very well be addressed in future versions of ZorinOS.

It will be nice have this feature available on next release of Zorin.

Hey, I am curious when windows bitlocker support with be added. All of my external drives have been encrypted using windows bitlocker. I can connect the drives manually, but it is a real PTA. In distros like Ubuntu and Pop_OS, you just plug it in and it will ask for the password, remember your password, and auto-mount if I like. But in Zorin, I have to download extra software and do a lot of work in the command line to get it working every time I plug it in. Or is there a piece of software …

Just real quick I'd like to make clear that the goal of ZorinOS is not to become a feature-by-feature clone of Windows or MacOS. It's goal is to provide an alternative that reassembles those environments to make as smooth a transition as possible. Still, it's a different operating system and there will be fundamental differences that may or may not be overcome easily.

I do understand that, but i believed more people should have easier way to go into another system from Windows, and as far i sow many distribution of Linux, Zorin seems for me be the best option and i am very impressed for what i see.
Still, functionality of bitlocker works on ubuntu so it should be "easier" implemented into ZORIN.
Lets take my example, i want to dig, so i spending time to find solution, but many others who doesn't have time , even though they would be positively suprised by the look of ZORIN wont investigate futher because of lack possiblity using Drives with bitlocker.

How can we suggested this issue for those who develope ZORIN?

The feedback section is the perfect place to make suggestions. While normally the developers don't actively participate in a lot of threads in here, they do read them and occasionally try to help. In one of the links I shared above, they are both tagged about this very issue.

And I do mean both because the ZorinOS development team is exactly that, in contrast to companies like Canonical, the makers of Ubuntu, running on a much larger budget and development teams. This probably is also part of the reason why not every feature available in other distributions is also available in ZorinOS.

I went through:
Veracrypt - cannot mount bitlocker drive (shame)
Cryptomator - can only encrypt than it can be decrypted so doesn't work in my case

I go through 3rd option disklocker, and it works. Learn how to Open Bitlocker Drive on Linux using Dislocker. I'll guide you through each step. It's very easy and quick to do!

There are bash scrypts, so it makes easier to run program after restart of PC.

In my case i need to combine info from both sites to make it works for me: