My Zorin when bad for some reason, which I was unable to determine. Instead of reinstalling it from fresh, I installed Linux Mint 20 Cinnamon. But, so I can be helpful here, I got my old Dell Inspiron 14Z Ultrabook and put Zorin OS 15.3 Core on there. This will allow me to help others on here when I can. Hope that is ok with everyone.

Curious. When you say it went bad, did it maybe have corrupt files, did you change anything, did you try to install a fresh copy…? Mint cinnamon is good.
I use it as well.

Definitely something went south and I was unable to sort it. So I instead of a fresh Zorin, I did Mint 20.

Some steps that might help to solve this issue first off any logs or error messages that pops up?

Thanks. I will keep these for another time. I did a different fix in the end. 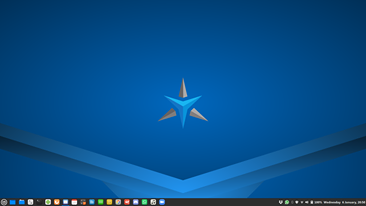 I use Zorin Cinnamon and couldn’t be happier with it.

The Cinnamon Desktop is what Gnome could still be if they had any sense at all.

Can you share a screenshot of your setup? I am curious as to what Zorin with Cinnamon looks like.

I constantly do, anyway… So it is easier to just link to the latest Crime against Humanity:

When I made DarkAcadia, I knew I wanted to return to it to... Tone it down, a bit.I really like the DarkAcadia Icons, but I can see a need to have icons that do not have voodoo, hex bags and...

@Aravisian. Last time the theme was very red. Been up to no good, lately... Cinnamon & XFCE users Unite

As you can see, I am still up to no good.

You can atone for your sins by frequenting the forum a bit more.

Eh, I have been posting an embarrassingly large bit, it seems to me.

@Aravisian It is really good to see you appearing more frequently on here.

Between Covid-19 keeping things tight, the political climate and me having to take things easier due to an injury - I have had more time off my feet. Looking forward to having more time on my feet.

So I’m curious. You installed the Cinnamon Desktop onto Zorin Lite. Has that impacted any of the performance? And, you could than use cinn Themes. Did other things change, like main menu (what, whisker menu).
And although I haven’t been on here at all lately, it was very nice to see your Emoji/Pic. Almost felt like going home…lol Hope your healing nicely.

You installed the Cinnamon Desktop onto Zorin Lite. Has that impacted any of the performance?

With one exception, on each of several machines I have installed cinnamon on, the performance has been superior to Linux Mint, hands down. It is equal to performance of XFCE.
The exception is the Old 32 bit Tablet PC Sony Toughbook - and cinnamon does finally bog that one down a bit, so I stick with XFCE on that. And it only bogs down on Zorin 15 on that Toughbook. On Zorin 12, it runs well.

Did other things change, like main menu (what, whisker menu).

It is a different desktop environment, so it’s any differences between Mate and XFCE. I use the Stark Menu on one Monitor and the larger Cinnamenu on the other monitor.
Zorin Menu does not work on Cinnamon desktop, as it is an Arc Menu Gnome extension. Interestingly, the Arc Menu and the Whiskermenu had the same original Author, Graeme Gott.

Lasted a few days. I had actually forgotten all about it. When you said this, I was like, “wha…?”
What I had done was smashed my foot and turned it all rainbows of one purple color.
By the second day, I was hopping on one foot around the shop. By the third day, I kept forgetting that I was supposed to be hopping instead of putting weight on it. By the forth day, I let it complain, I was tired of listening to it.

A few weeks back, Vivaldi murdered one of our computers and I had to do a wipe and reload. It was easier… to tap into a copy of Zorin Ultimate than it was to download and create a copy of Zorin Lite. Then, I had butchered my own build beyond all repair and did it again on my computer… I did not feel too right about Using Zorin Ultimate while neglecting the forum… Since Azorin had gifted me that copy as a “Thank You” for helping out on the forum for the last year and a half or whatever. So, I have been posting all over the place trying to earn my keep.

Aravi, you are someone who should NOT EVER feel the need to have to earn your keep. You have already done so much, for so many. But just the fact that you would think that, shows the kind of high quality person you are.

I wonder if I should try to do the cinnamon environment on my lite install… You got me thinking… You told us how on the old forum, correct? I could search that for the ‘how to’.

And, you could than use cinn Themes.

Kind of an interesting tidbit. Since I make my own, Cinnamon actually allows me some avenues that otherwise might be closed. I have probably about seven that I never have uploaded and keep to myself.
But Cinnamon allows me to do things I could never do on Gnome and that even on XFCE4 is a bit tedious, but well-aligned and easy on Cin desktop. And KDE? Forget it… I think Plasma is a great top notch desktop. I fully support it- and will probably never use it.
It is simultaneously very customizable and exceptionally difficult to really customize at exactly the same time.
Enlightenment desktop can also be installed and runs Very Well on Zorin. Theming in Enlightenment reminds me of theming in Plasma and in Cinnamon at the same time. But given a choice, I would much prefer to theme in Enlightenment than Plasma. Enlightenment smartly bundles ALL elements, the icons, controls, window borders and everything into ONE package. Plasma scatters the lot into the high winds.

OMG, just remembered… You’re in Texas! How did you fare with everything…?

No high power bills. The power flickered once but never went out.
Water was on a boil-before-use alert for a few days and the pressure dropped significantly for those days. But was back to normal pretty quickly.
The Ice was something Texans never deal well with. A lot of people around here thought that this was the chance to prove their courage by demonstrating that Ice should not prevent 80mph travel and to show us that did safer speeds what cowards we are.
Most of them met trees or went up the tailpipe of the car in front of them.
And… there was indeed (Of course) a massive and tragically deadly pile up of about 100 cars over in Ft. Worth.
Yesterday it got up to nearly 80 degrees. I wondered if the coyotes were confused.