Looking for help finding a way to more easily-identify folders shown in Nemo.

In short: any apps or tweaks out there which will help me attach badge icons like (

I am hoping to do this without modifying the folder icon as seen below. 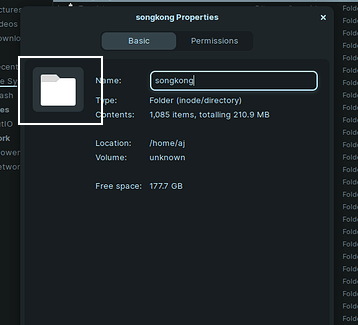 Yes, you can do this easily. But first, you must install the Nemo Extensions. 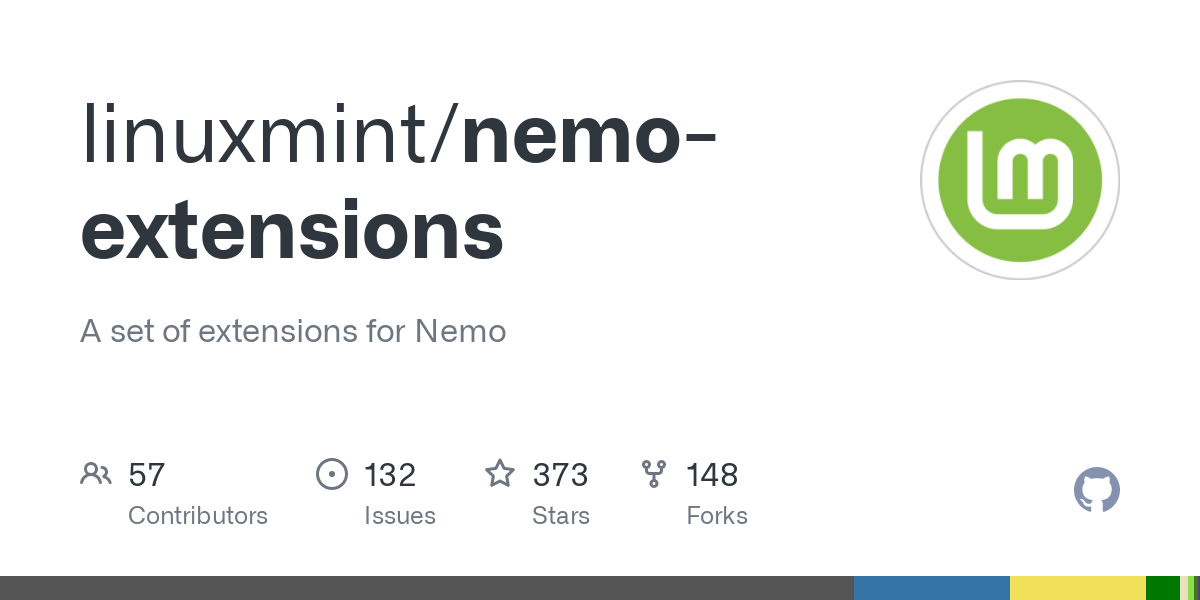 GitHub - linuxmint/nemo-extensions: A set of extensions for Nemo

A set of extensions for Nemo. Contribute to linuxmint/nemo-extensions development by creating an account on GitHub.

The specific one you want here is nemo-emblems
Once you install the extensions, log out, then in - then launch Nemo. Open Edit > Preferences, then under Plugins, check the box on for Emblems.
You then will find the Emblems option in the Right Click menu.

Thanks! I definitely did a search for any plugins while installing via Synaptic and on Google. My guess is I found only the plugins that were part of the distros to which I'm subscribed.

Not too sure anymore, kind of burnt out at this point

Remember: Nemo File Manager is part of Cinnamon desktop, which includes all of this stuff default on linux Mint.
But when you install Nemo on a different distro or desktop environment, you will get only the Basic Package. So you may need to fill in the blanks yourself.
It's a small price to pay to have this kind of freedom, though...

The .deb file may be easier:
https://ftp5.gwdg.de/pub/linux/debian/mint/packages/pool/backport/n/nemo-emblems/nemo-emblems_4.4.0+tricia_all.deb

The only extensions I had installed were the few listed in the apt-search nemo.

Thanks for providing the singular deb pkg for the emblems extension, but I want to know if you can tell me how to properly build the zip downloaded from the linuxmint distro you linked above.

Yes, you can do this easily. But first, you must install the Nemo Extensions.

Tried below, can't get to build. Can't find mint-dev-tools to get the ./build functioning correctly...

How to install nemo extensions?

Tried below, can't get to build. Can't find mint-dev-tools to get the ./build functioning correctly...

ahhh... that would be MintInstall -dev tool...
That is a part of Linux Mint Distro.
Currently, I am using Nemo5 on Zorin OS, not Nemo 4.6... So, I cannot effectively test this to get a good understanding of how to make it build.

Please give me some time to try fiddling with this...

Would it be recommended to just use Nemo5? I thought I might have found a ppa (caldos-lopes/ppa) but I think it wont work because I'm not on Mint. Assuming I need to find an Ubuntu-specific ppa that works?

I would also like ther other nemo-extensions, like nemo-mediainfo-tab. It isn't working after trying the previously mentioned ppa. However, Nautilus does display mediainfo in the Audio Properties tab now. I just want to get it working with Nemo as that is now my preferred File Manager.

Would it be recommended to just use Nemo5?

I use Nemo5 because of its Content Search function that was added.
However, for the other Nemo Extensions, it may present the same problem to you that it has for me. The nemo extensions available in the build file or elsewhere as self-installer .deb packages are all for Nemo4 (4.6 usually).

The nemo extensions available in the build file or elsewhere as self-installer .deb packages are all for Nemo4 (4.6 usually).

Is this what you mean? I have a build file, taken from that github page you linked me to. But I dont see any self-installer .deb packages. 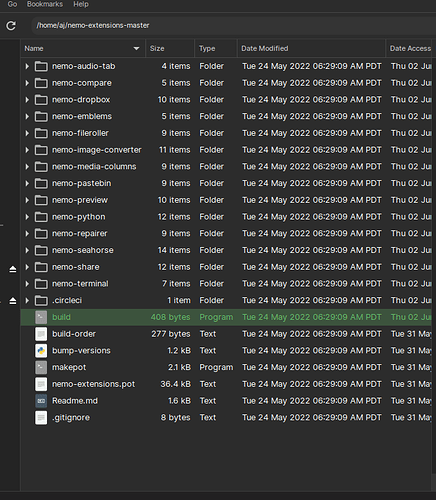 This is what I see in each of the folders basically. Readme provides no info on building... 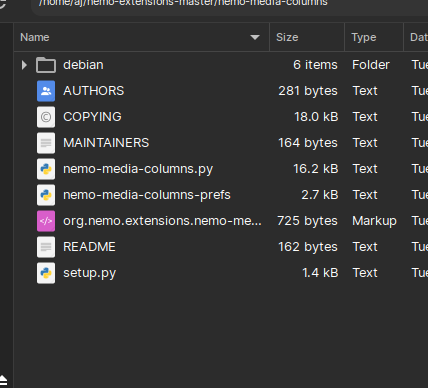 I don't find anything promising on Google when looking for Nemo5, though if it would allow use of some of these useful plugin extensions, I would like to know how I can get it.

though if it would allow use of some of these useful plugin extensions, I would like to know how I can get it.

http://ucmirror.canterbury.ac.nz/linux/mint/packages/pool/backport/n/nemo-emblems/
You can search all the extensions the same way.
To install Nemo 5:

How to install the latest Nemo FM General Help

Checked nemo version: 4.4.2 it looks like, not sure what the icon-style part is...

May I ask why, please? I did the same with the ppa I mentioned before because it wasn't successful, but as you said, its probably because it was built for Mint... Sorry my guy, still learning.
I don't think I'm going to go with Nemo 5 since it looks like my version isn't even most up-to-date according to the .deb pkg site you linked. Also it was kind of weird to not find the Nemo5 easily in a Google search. Is this relatively new?

Answered my own question:

How to install the latest Nemo FM

(This is important. Further updates from the testing repo may cause breakage).

not sure what the icon-style part is...

That's normal and can be ignored. It is a minor warning that is overridden anyway- which is why the icons show up properly on your system.

May I ask why, please? its probably because it was built for Mint...

You answered your own question.

Because it is for Mint. With only Nemo installed, it may be ok. But if you forget that that repo is there, and later install another Mint Application or even Cinnamon Desktop, it will try to upgrade it based on that repo, which uses different packages than Focal- breaking Zorin OS.

Is this relatively new?

Yes, relatively. When I installed it, it was still in testing.

Ok thanks @Aravisian. I installed Nemo5, works fine, but when trying to install 1 or 2 extensions downloaded for 5.2 from that Mint repo backport page, I get dependency errors.

For example, checking for dependencies:

That is the code name of the Mint release...
I wonder if temporarily adding the Vanessa Mint Repo would help...

That is the code name of the Mint release...

Did I need Una?