My first step to be un-googled \o/

Thanks, so I was going to say that Android is (obviously) owned by Google. I've known that for years.

Information going where it's not supposed to is quite literally the definition of a data leak. I'm aware of the relatively limited extent the issue had but that doesn't make it any less concerning.

The OS experience has been great for me (also on a Fairphone 3, not the plus) but the cloud services is something they have struggled from the very beginning with all sorts of issues, outages, data loss, authentication problems, etc...

I'll see how I can remove google stuff from my phone without borking it.

The OS we've been discussing is built with the specific purpose of achieving this goal. I've been using it for years with very few issues. To be perfectly honest, I'm still not 100% comfortable recommending it to those who I know are not going to take the time to fix the occasional issue with some apps.

Banking apps, and other apps that rely heavily on external services or are otherwise purpose-built to rely on the Google Services implementation. Personally I've never had to deal with this myself but is something that I've seen others complain about quite a bit.

GPS is definitely not the best. Sometimes it take a long time to find the signal even in populated areas, and doesn't handle it very well when you miss a turn and has to re-calculate the route. I've found that offline (downloaded previously) maps don't actually work very well either, so it's best to use mobile connection all the time (which I guess most people do but something to consider for rural trips, etc).

A more robust OS in terms of privacy and security is GrapheneOS but it only works on Pixel phones. If you have or plan to buy a new Pixel phone, I would then recommend going for this option.

I also want to remove google stuff from my phone. I have found a way to degoogle some things. If you use a browser on your phone you can find an app called F-Droid. It is like the Play Store without Google. But of course it doesn't have nearly as large a collection of apps as the Play Store. But if there is an app that you really need that is only at the Play Store you can download an app from F-Droid called Aurora. Then you can use that app to log in to the Play Store under an anonymous account and download the app you want. Supposedly then that app is not connected to your Google account but will still work. I haven't had a chance yet to see how well that will work and I don't know how you would know whether Google can see you using that app or not. I have turned off syncing and everything else I can find on my phone but according to the experts Google is probably still tracking everything I do even thought they claim they are not. Has anyone else tried F-Droid or Aurora?

Nope. It's downloaded from the Web which is something I'm concerned about doing on android because you don't know if it's malware.

Whilst yes it is a data leak it is not as serious as harvested accounts from a hack attack. At least not as bad as an IT engineer working on Squirrel Mail forgot which server he was on during an upgrade and wiped out entire accounts! In respect of banking I have never used internet banking (Here in the UK the most secure Internet Banking could only reach 86% level of security, according to a Which? report.) I refuse to use any banking app on a smart phone and this is what they are trying to push through so they can keep tabs on what you do and where you go. I only ever use telephone banking which means talking to a computerised system if it is transfers to existing named accounts or speak to an advisor. Speech recognition is not secure as a reporter tested it out with his twin brother. His twin brother was able to access his account with voice recognition! What I do like about e.OS is its Privacy rating of Apps. Where it fails is that it doesn't bring the most secure apps at the top of the list. I do have F-Droid installed and have mainly got games that normally appear on GNU/Linux, such as Battle for Wesnoth, Frozen Bubble, SuperTux Cart, Tux Rider, Tux Paint, Retro Breaker and the educational suite, GCompris. However I wouldn't recommend using F-Droid for some apps because when you see apps that were written years ago you are creating an attack vector and e.OS won't allow them to run. I couldn't want to risk Aurora as if found out you could be banned from Play Store but I don't miss it. I use Libre AV and Hypatia for malware, the latter using Clam AV engine. e.OS recently introduced an additional level of security: Tracker blocking, location blocking and fake IP address using the TOR network, so good you can't access certain web pages! It's also a battery drainer so I tend to leave it off.

The answer to the question, “Does Windows 10 Really spy?” depends on the security tools that are currently in place on your computer. While spyware programs are invisibly hidden and have no identifiable terms, they are still taking up CPU time and...

Yeah but it still collects a lot of data about you.

I meant Windows collects a lot of data about you.

Yes. I sold them my sould long time ago. Linux after 30 years is better on desktop pc.
I reading people who cannot installing linux have a little IQ - something joke or humor sides.
Maybe in this joke is big true.
Because I liked a decided in linux what i want but in corporation operating system you are a slave. I checked on code mobile what data colleco android operating system. This is incredible.
How small code can collect many database about your life. Creating for your searching some bot for selling product also what you searching on some online shopping.

It's been 3 days and ProtonMail hasn't come back to me yet with my query.

Maybe it aren't so straight forward. Give it some days then send them a polite request.

My Protonmail set up with Geary: 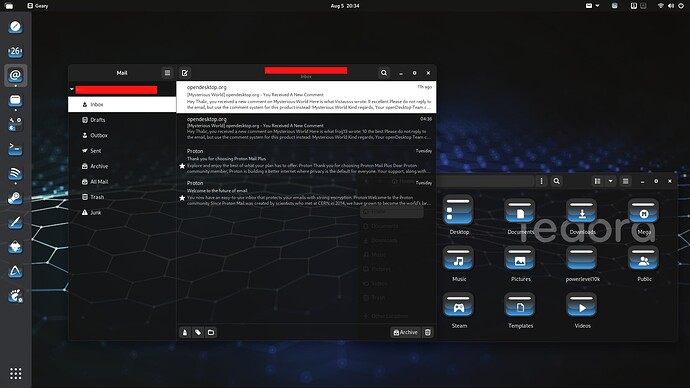 The email I got confirming my query has been received by ProtonMail did say that because of "the heavy load of tickets, we might not be able to reply to your inquiry" and then it said "within the next 24 hours".

I still prefer not using a client for protonmail. I wont even use their app. I have the free account, and always use TOR browser to login. On a side note I cannot stand Geary as it always reminded me of Outlook 365. I much prefer Evolution.

Is this Qwant now? It has changed a lot since last time I used it 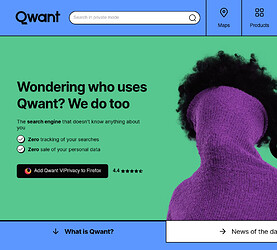 I was thinking the same thing too!

I'm thinking of using Mailfence instead of ProtonMail - they offer the same features as ProtonMail, but as far as I did some research, it had a better rating on Trustpilot (4.0) than ProtonMail (2.6). 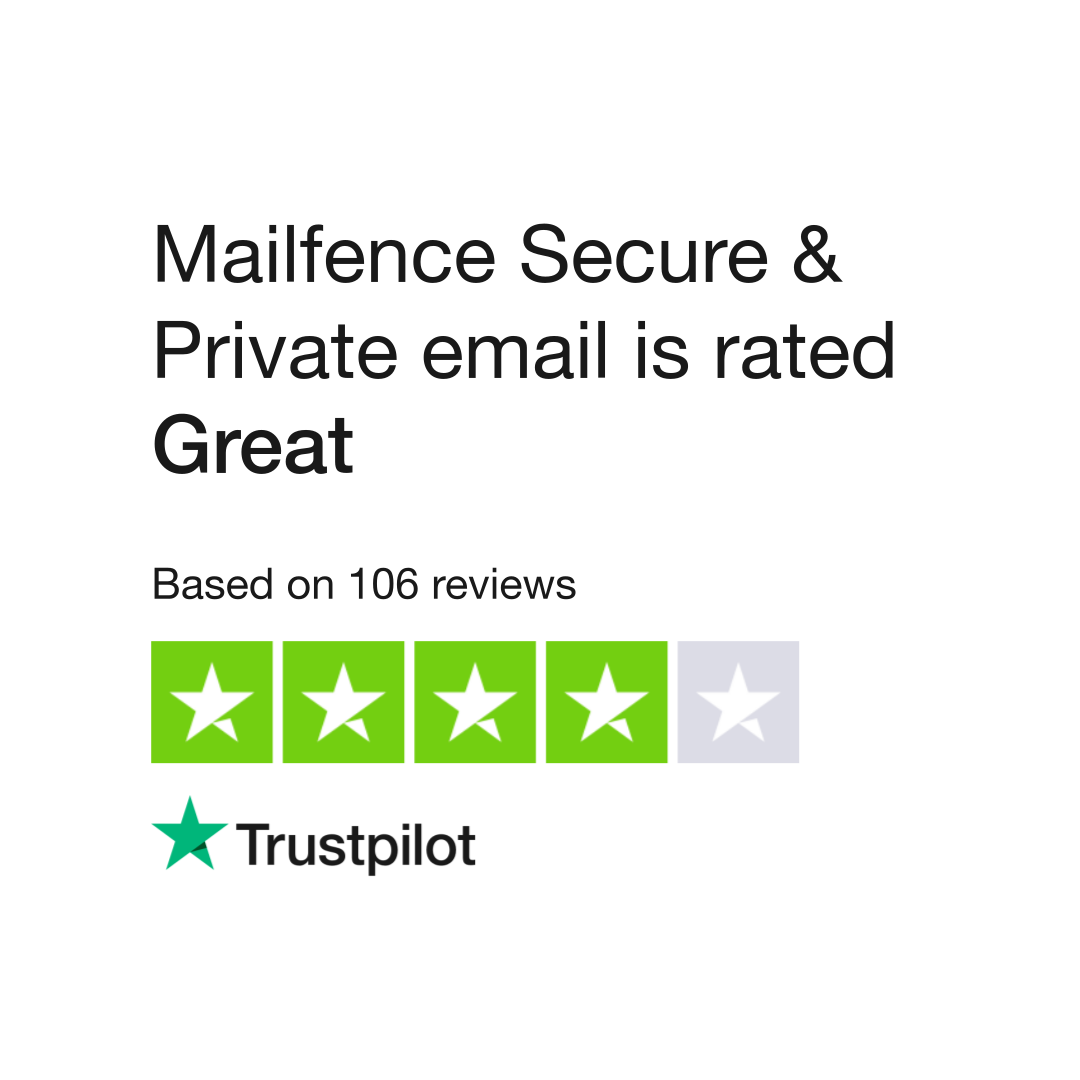 Do you agree with Mailfence Secure & Private email's TrustScore? Voice your opinion today and hear what 67 customers have already said.

I just gave Protonmail 5 stars. What I could see from the complaint was spammers getting the mail account banned.

(takes 2 hours before it will appear)