I load up my computer, press f2. Then i load up my usb for zorin os 16. Then my monitor just randomly says "No signal. Change to 1920x1080 60hz". I have a few hunches like maybe the GPU driver isn't downloaded that is why my monitor isn't giving signal but im not sure.
-I am switching from windows 10

I have a few hunches like maybe the GPU driver isn't downloaded that is why my monitor isn't giving signal but im not sure.

Are you using NVidia GPU by any chance?

Very easy, install the 390.144 nvidia driver from the nvidia site and follow my tutorial.

It seems those cards don't get monthly updates. 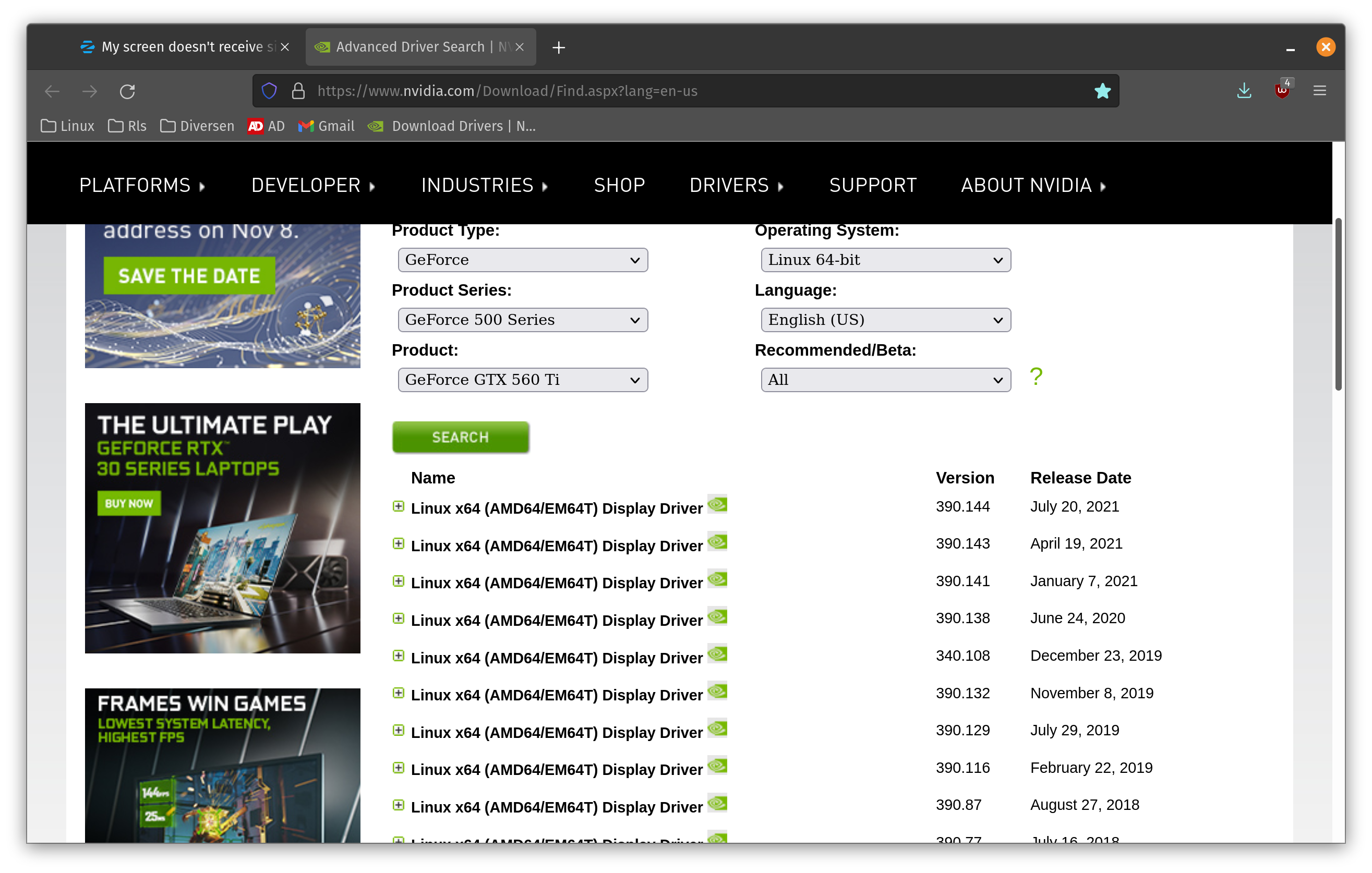 How can i download the drivers without my monitor? thanks

How can i download the drivers without my monitor? thanks

I think you could override the booting procedure and edit grub on the fly. I think we need @Aravisian to tell you how.

The OP could simply boot into safe mode, which would allow him to use his computer again, download the drivers and install them, then he could reboot.

Or, once booted into safe mode, he could load up terminal CTRL ALT T Then run the following command.

Then once installed, he should simply reboot. Then he can go into Additional Drivers, and select a proprietary driver if he wishes, or, just use the Noveau one.

just use the Noveau one.

Thats just a terrible driver (for gaming) to use if the nvidia driver can be (manually) installed. He needs the driver i posted, he probably got the 470 driver installed because zorin shows the screen you just posted. Most newcomers to linux think that those drivers will work for their card.

This should really needs to get sorted because his card cannot use those. Thats why the black screen is there. It's not his fault, it's linux/distro's fault. They list drivers that cannot be used.

I suppose it is because the card is too old for the latest 470 driver.

@FrenchPress, The card may be old but still supported and sharing the drivers with the notebook quadro series. Last known available drivers is from july 20 2021 driver. Please compare the screenshots i posted between those 2 cards. They are the same...

The manual installation is confirmed working. Because @Bubby had the same issue.

@Zorbo1, bootup you machine and press the escape button alot during booting to enter the grub menu and select safe boot. From there follow my post.

Yes I know that Noveau is terrible driver for gaming. But is he gaming? Did I miss something in his first post? Is he a gamer, is he trying to game? Cause if the answer is a solid NO, that he don't need the proprietary driver. But I see your point if he does game yes.

I would recommend the noveau driver if the card is legacy, but his card is still full supported.

Gaming or not, the nvidia driver is still better.

You can install drivers etc without graphics running using tty terminal or from Recovery Menu drop to prompt.

Yes I mentioned Safe Mode above, which is recovery mode, same thing. We should be able to get him going though with that command I dropped on the forum. Its literally the magic fix all command for graphics drivers, and it has always worked for people, including me.

Please backup before you install. I made the mistake of biting off more than I could chew, and had to fresh install Zorin 16.

But after getting my ducks all in a row.....installing the correct drivers via @Michel walk thru things are great and I got everything back.

Awww, I am sorry to hear that Bubby

Poor guy, I don't wish bad experiences like that on anyone, so sorry dude. However, I am happy to hear that you were able to get up and going again, even using Michel's post.

Though for me, I'm happy I'm not worrying about the driver stuff cause of Nvidia... hahahahah

I booted my machine and pressed the escape button a lot of times but i have this text "boot: _" nothing else