Before I begin, I've already read similar discussions on installing the OS with persistence on USB, and it seems that the majority couldn't get it to work at first, but some actually managed to create a USB with persistent storage.

So far I've tried using Rufus, Ventoy, LinuxLive USB Creator and a couple other USB creators, and it seems that I've gotten the farthest with Ventoy so far - I've managed to get to selecting whether I want to start the OS with the persistent .dat file or not, but after selecting it, the GUI would not start where it normally would w/o persistence: 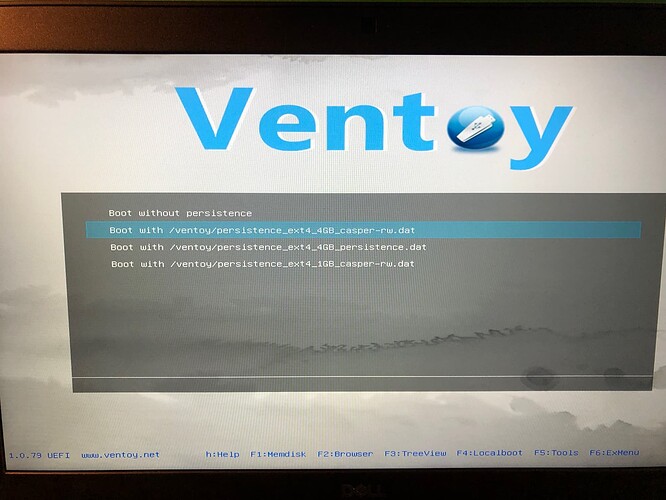 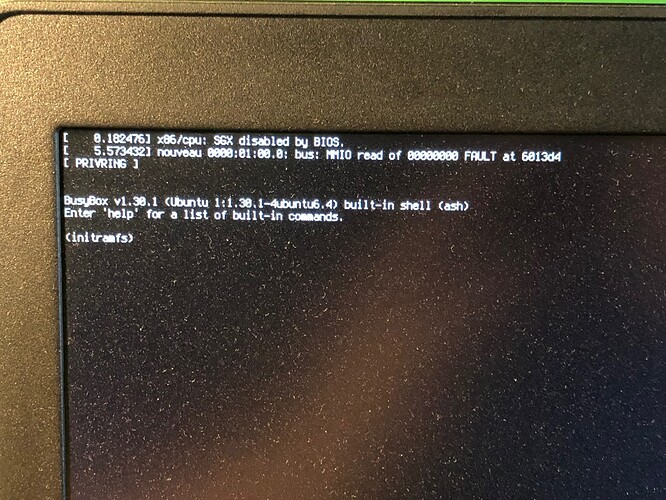 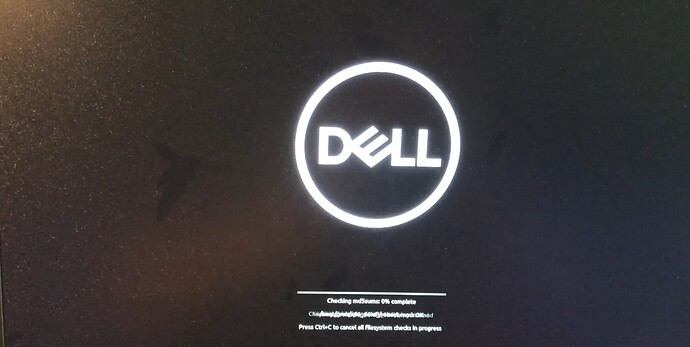 I’m currently trying to create my own ‘.dat’ file from the ‘Try it out’ Zorin OS, will update if it works, but I don’t have high hopes for it. Tutorial I followed for this: Plugin.persistence . Ventoy 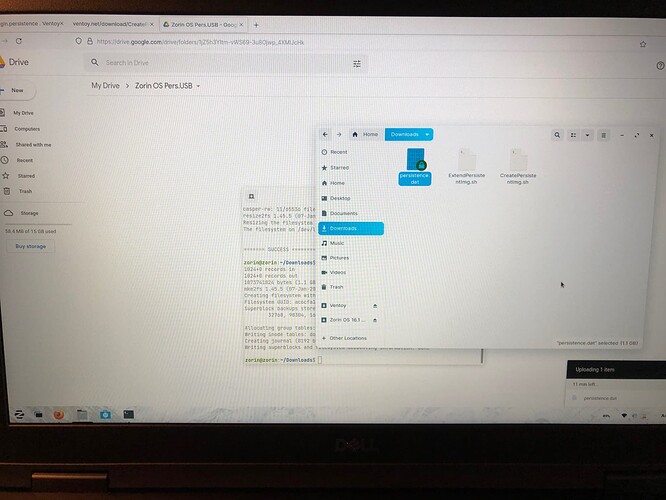 Is there really no way to get persistence to work on a USB as of now, because of the casper bug and no walk around for it? Should I just look into installing an SSD on my laptop if there’s another slot for it, or would that somehow impact the Windows drive? (I’d like to keep an entire drive for Windows and an entire one for Zorin)

The next thing I’d try is getting another USB and installing the entire system onto the initial one (the one currently in use), but I’ve got no idea if doing that would make the storage save between sessions.

Thank you for any answers, and sorry for posting another thread similar to the ones I’ve read, but didn't manage to help:

Looks like I've managed to solve my problem on my own yet again.

I’m currently trying to create my own ‘.dat’ file from the ‘Try it out’ Zorin OS, will update if it works, but I don’t have high hopes for it.

^^^ This seems to work for now, so I'll mark it as an snswer to my question. 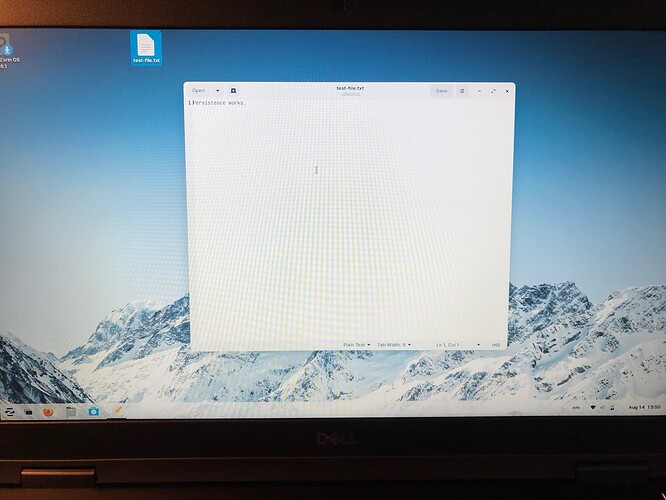 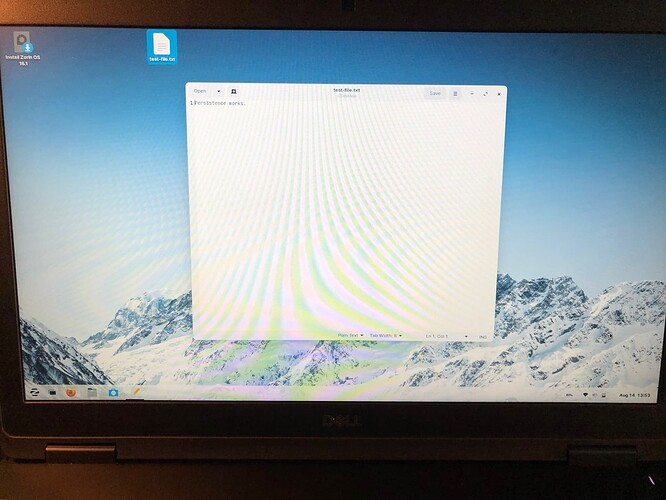 However, I've got a few more questions...

Here is your all time solution:

How to Create Persistent USB with Ubuntu, Linux Mint

Hey. Thanks for the answer and sorry for the late reply.

Unfortunately, I couldn't get this to work, since I don't have Linux natively installed and can't get mkusb to detect another pendrive as the place for persistent storage via the 'Try it OS' in Zorin. It would only see the one with Ventoy installed on it, but selecting that one would give me errors, so I gave up eventually.

So far, my solution has been working for me just fine, but I've noticed some issues I wanted to ask about.

First of all, I can't get the language settings to survive the reboot. For example, when I select US ENG keyboard layout and DE keyboard and restart the system, it resets back to en1-4 (the default four settings) and I have to set it back up again.

Is there any file I could edit to make set my preferred options on startup? Do you think setting persistence with the way you linked to could give me different results?

Also, the same thing is happening to my user, the name stays, but the password resets after restart.