I am looking to procure a modern laptop, but I would like to have recommendations from people who have successfully installed Zorin OS 16 on some very recent or the latest laptops.

I would prefer to be comfortable knowing that it has worked than playing Russian roulette.

I have not run into any issue. I was even able to get the fingerprint sensor to work, but disabled it as I found it annoying as all get out.

although zorin should be compatible for a wide range of laptops i personally would check if the laptop i want to buy supports Linux(Ubuntu specifically).
more thoroughly, you can check all the hardware's compatibility individually.
maybe go through this

Please help me to find a currently produced model of Laptop with 16:10 or 4:3 screen ratio ideally FHD , ideally 16Gb RAM, at least 512Gb SSD. Ideally an model you run yourself on Zorin 16 and have all core function working out of the box or have existing solution. Thank you very much for your contribution. Please do not post models with 16:9 screens, not interested in Hollywood

I'd say buy a laptop without Secure Boot feature, but I'm not really sure either.

You can also buy from manufacturers that sell laptops fully compatible with Linux. You can find a few examples in the Zorin website itself:

Buy laptops and desktop PCs powered by Zorin OS. We've partnered with computer manufacturers to provide the best Zorin OS experience out of the box.

And there are other manufacturers as well. I personally have a Tuxedo laptop and it has been great, so far tried their own version of Ubuntu called TuxedoOS, then Zorin16 and currently running Pop!_OS.

I wonder if my HP Pavilion ZV6000 from maybe 10 or 12 years ago will run Zorin. It presently has the original XP on it. I have Pro 16.2 on the desktop...will the lads in the home office pull my beer ticket if I put my Pro USB in the HP and do an install?

Take a look here...may be of some help as to what others are using.

I have a Thinkpad T480. It's not terribly new but it was relatively cheap and runs Pro without a hitch. I have it dual-booting with Windows but not been using Windows much. All the hardware works in Zorin same as Windows.

Check System76, Framework for linux specific laptops, Dell and HP have Ubuntu Certified laptops as well, all of these will be geared towards linux and should work flawlessly with ZorinOS

If I had to buy another laptop today I think I would most likely go for a Framework laptop. I love the design and philosophy of the company.

The only reason I didn't mentioned it is because it's not made specifically for Linux, which usually is fine for most of the cases, but watching some reviews online I found that there are still some issues with it. Still, I would probably use it with Windows as my secondary machine for certain Windows-specific software or games, until I can safely upgrade to Linux. Starting with Zorin of course

My ZorinOS/XP laptop is circa 2007 vintage and currently has Z15.3 Core running as stable as a stable thing, after some initial battles with sound. I would give it a go, maybe throw some extra RAM at it if it works.

No issues with my Acer Predator G9-793 laptop. Did a few upgrades on the laptop. Increased ram from 16 to 32gb and i removed the hdd for a ssd. I changed the nvme card for a faster one and i added a new sata m2 ssd. Total 4tb ssd in my rig.

Would one of the StarLabs computers fit you?
Zorin mentioned about them in their computers tab here.

I am looking at the Lenovo Ideapad3/i….anybody have any experience with same?

I can only go against Lenovo, especially after one of the moves they did:

Avoid Lenovo from now on Chat about Zorin

It will only boot Windows.

What is wrong with Linux or Windows (viruses) Chat about Zorin

"In August, Lenovo again got caught installing unwanted and non-removable crapware into part of the BIOS reserved for custom drivers."

Personally, I will always avoid Lenovo.

Also, Ideapad seems to be a frequent guest for troubleshooting on the forum.

Oh and an old G580 I had that constantly shows the infamous BSOD.

Ohh nooo…thanks for the feedback 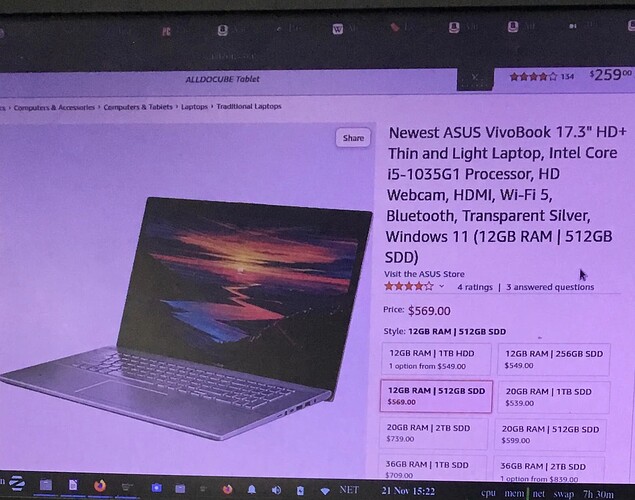 Y'know, I'm thinking of getting an ASUS laptop. I heard the new Zenbook 13 laptops (with the Ryzen 6800U processor) is good.